This is the character (or rather, member) sheet for Momoiro Clover Z. Since their Color-Coded for Your Convenience gimmick also somewhat influences their stage acting, they've adapted their own individual personalities which suit each of them the most. Interestingly, some of these personalities were assigned them because they match their own actual traits. For example, Shiorin has the color yellow assigned to her because she is a real big eater (a trait that the yellow rangers in Super Sentai are often associated with). 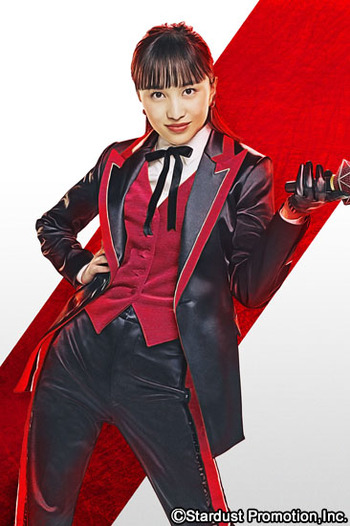 "Everyone, please raise your index finger, let's go, hachi hachi hachi hachi dekoppachi!note Dekoppachi is a popular wide foreheaded character from the anime Mouretsu Ataro, who has become the codifier for wide foreheads in Japan. The words themselves come from deko + hachi Who is the cinderella from tea plantation? Kanakooooooooo. Thank you very much. My dimples are the pitfalls of love, I'm Kanako Momota!"

Born July 12, 1994 in Shizuoka, she is the Red, and also the leader. Her antics pretty much represent what a red hero would do; being the hot blooded one of the group, always running at full power, and demonstrating helpless idiocy. Excels in gymnastics to the point that her awesome back bending jump in "Kaito Shojo" has become a symbol of Momoclo's craziness. 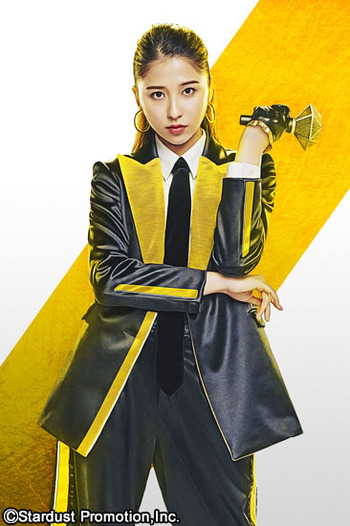 Born in Kanagawa, June 4, 1994, she is the Yellow. Formerly The Little Sister Heroine of the group that tended to cry when teased and generally acted like a spoiled kid. That image changed, however, after she grew to be the group's tallest member and changed her hairstyle from Girlish Pigtails to a bob. She is a Jack-of-All-Trades, able to perform well in anything the group does and is their second best athlete, following Kanako. Her yellow color is reminiscent of the yellow ranger from the classic Himitsu Sentai Gorenger, with whom she shares a large appetite. 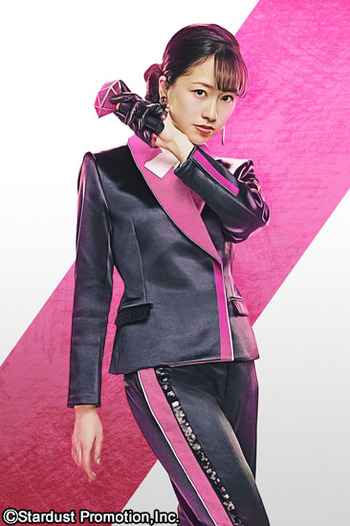 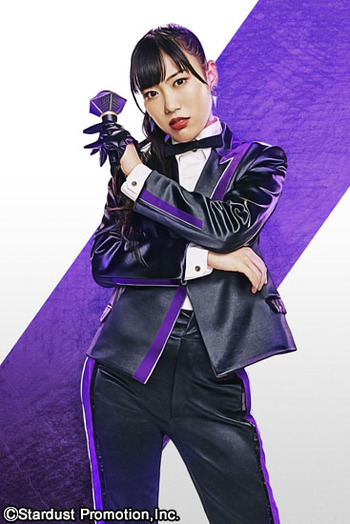 Born June 21, 1993 in Kanagawa Prefecture, she is the Purple. The oldest member of the group, Takagi is also one of the first performers to be recruited by kwkm for Stardust's then-expirimental Momoiro Clover and stayed on since. Known as "Reni-Chan", she has a reputation for eccentricity and funky "Hen Gao" faces, she can often be seen spouting strange yet profound words, and equally silly but intriguing dance moves. If ever there was some crazy live moment or PR stunt involved, Reni had a hand in it. 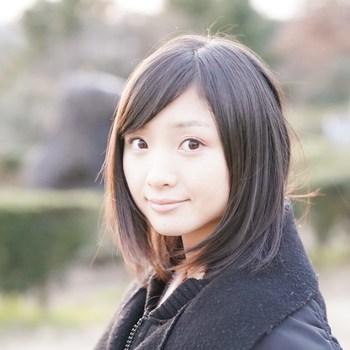 Born March 15, 1995 in Kyoto, the Green. Momoka was the sixth and last member to join the group before Momoclo's official debut. One of the strongest performers of Momoiro Clover Z, and arguably all of Stardust's idols, Momoka was known for her vocal range and powerful delivery. A lifelong entertainer, her résumé includes backup dancer for pop group Exile as well as short-lived group Power Age. In 2018, Momoka graduated from Momoiro Clover Z, to live life without plans or schedules. As of 2019, she has resume activities as a solo artist and photographer. 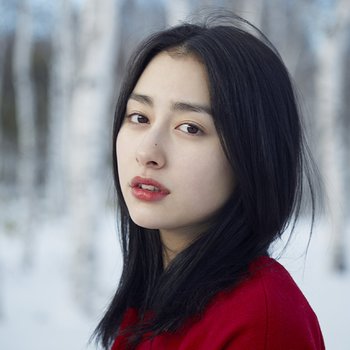 Born March 17, 1995 in Tokyo, the Blue. The only former member after their major debut, she was originally the sub leader and one of the original members. She graduated in April 10 2011. She was the perfect embodiment of the blue color of the group; she had a Cool Big Sis personality and often had to handle the craziness of the rest of the members alone, especially on their stage and TV shows, where she would act as the only sane MC, she got the cool rap parts for herself, and had a cool engrish introduction line and nickname. She's also a natural born model who is now pursuing a totally different career. As she herself said, rather than "idol Akarin" from Momoiro Clover, she wants to be "actress and model Akari Hayami".