open/close all folders
In General
The Player / Kazuki Araya

"I'm not letting anyone ruin my everyday life!"
A genius ninja that decides to break out of his village to pursue a normal school life, hiding his true identity and transferring to Mizaki School.

"We're in the same class...and our seats are so close...it's gotta be fate, right?!"
Voiced by: Aya Suzaki (Japanese)
A classmate of the player. Always thinks positively, though she is sometimes too starry-eyed. Active, athletic, and relatively smart, she livens up the party, while also sometimes getting herself and people around her in trouble.
Enju Saion-ji 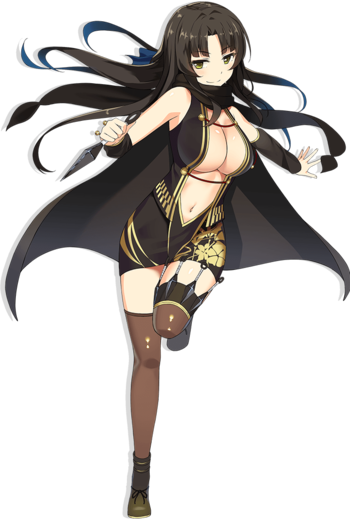 "Oh well... If you're having trouble, I suppose I can tell you whatever you need to know."
Voiced by: Yōko Hikasa (Japanese)
A member of the student council. She can seem commanding at times, but is actually caring by nature, and so takes care of Akari despite being dragged into trouble often by her. She does not show people how she lives her private life, and rumor says she comes from a millionaire family.
Ricka Machiyuki 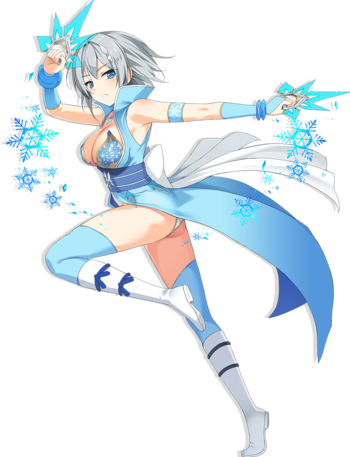 "No problem. Don't think about who is behind you. Just take your lessons."
Voiced by: Akari Uehara (Japanese)
A classmate of the player, who transferred right after him. She is always stays quiet and poker-faced, creating a mysterious mood around her. From time to time she says things that sound unsettling, but her classmates hope that she is only joking.
Myu Momochi 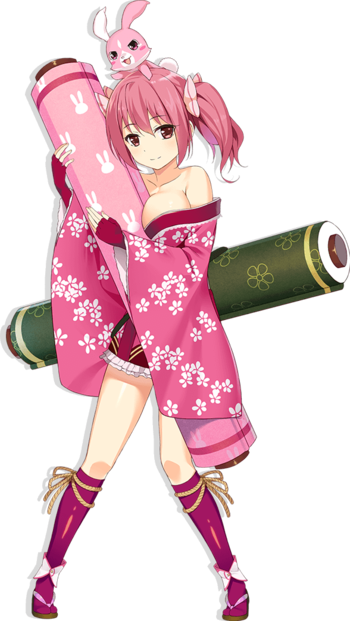 "Senpai! S...Sexy technique?! Hauu(> <)"
Voiced by: Konomi Yuzaki (Japanese)
Myu is a student one year younger than the player. She comes to Akari with a flyer of the "ninja seeking club" in her hand, and is pulled into the club. Soft, gentle and kind as her appearance suggests, she makes every man want to protect her.
Fuu
Fuu is Myu's Familiar, and takes the form of a small, pink rabbit that generally sits on Myu's head.

"Leave it to your Big Sis to teach you everything you need. *chuckle*"
Voiced by: Ikumi Hasegawa (Japanese)
A senpai of the player, one year older. Enju, her fellow student council member, often warns her not to be too flirty with everyone. She usually acts instinctively, but joins the "ninja seeking club" as a result of a certain consideration.
Yamabuki Suou

"I demand the right to dress them up in the costumes I make, whenever the mood strikes me, without a word of complaint from them!"
Voiced by: Natsumi Takamori (Japanese)
Yet another classmate of the player. Dojinshi-making is her passion, and aside from participating in them, she also makes costumes for cosplay by herself. Though usually a bright, positive and harmless person, when engrossed in her desires, she often forgets about the people around her and goes out of control.
John Spicer

"Pleased to meet ya, bro!"
A foreign exchange student. Friendly and outgoing, he wins the favor of his classmate girls, until they discover that he is a hardcore anime, video games and ninja otaku. He gets attached to the player as soon as he sees him, perhaps because he felt lonely after coming from overseas.
Lily Fuma 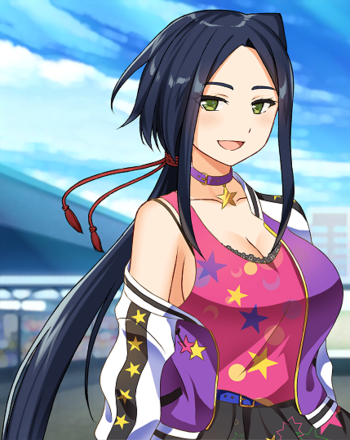 Voiced by: Hiyori Nitta (Japanese)
A ninja from Obnubi, making her debut at the end of the story's sixth season. She considers Enju like her own sister, and Tengge as her best friend and a rival.
Cy Tokakushi 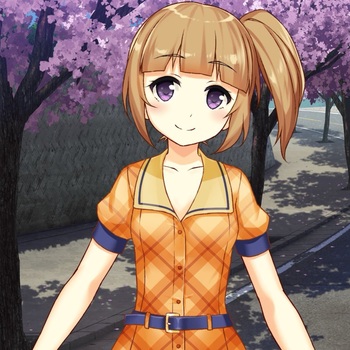 Voiced by: Yuina Ito (Japanese)
A young, abandoned girl found by the Ninja Seeking Club in Myu's village while investigating The Crow. After the situation is dealt with, she starts attending the school and joins the club. 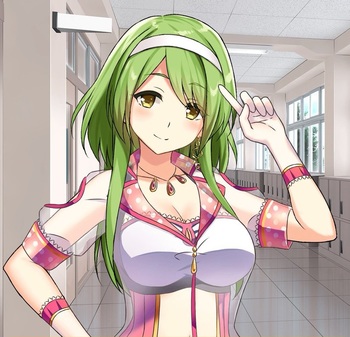 Voiced by: Harumi Sakurai (Japanese)
Technically the newest recruit of the Ninja Seeking Club, often hanging out together and keeping their secrets, but she's officially a member of the Archery club. She was introduced in Season 9, though she's more of a freeloader until Season 14. Nanao is also a descendant of the Kashiwa clan, a family with innate healing powers, though she has not quite mastered using them and tries to keep her powers hidden.
Debuted in Moe Ninja Girls! RPG
Oka Kazamatsuri 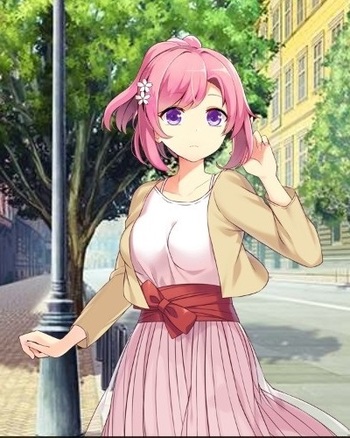 Voiced by: Kaori Ishihara (Japanese)
Kazuki's Vassal from Daikoku Village, Oka is assigned to assisting Kazuki into investigating the disappearance of Masatoki Kuzuryu, the principal of Mizaki School.
Beatrix Yozuki Noctiflora
Voiced by: Yuka Amemiya (Japanese)
A foreign transfer student in Kazuki's class. Yozuki went to Japan in order to look into her Ninja heritage which she learned from her mother. To that end, she starts the Ninja Seeking Club in order to find out more about ninjas for the sake of her curiousity.
Ran Kuzuryu 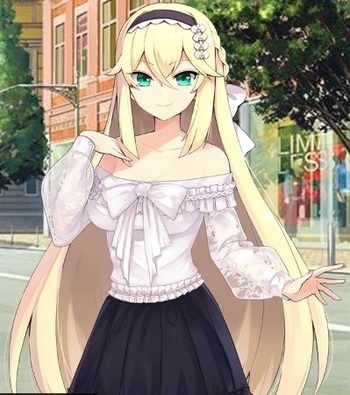 Voiced by: Yui Horie (Japanese)
The principal's grand-daughter and novice kunoichi who is looking into his sudden lack of contact and disappearance.
Waka Kyogoku 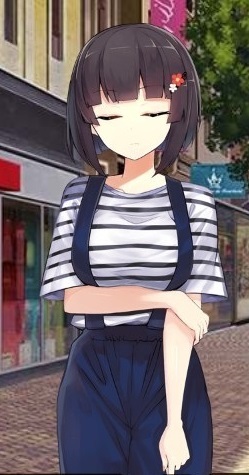 Voiced by: Natsumi Yanase (Japanese)
A student of Mizaki who has secluded herself sometime past her first year of school, doing live-streaming under the name "Super Ninja Y". Kazuki and Yozuki sought her out in order to have her join their fledgling Ninja Seeking Club in order to get the 7 members that Enju required of them.
Iori Natsume
Voiced by: Nichika Omori (Japanese)
The 3rd year club president of the defunct Science Club that is next door to the Ninja Seeking Club. She joins the ninjas once her club is in danger of being disbanded due to lack of members after the seniors graduated.