All spoilers for Mobile Suit Gundam SEED will be left unmarked.

"Please do me a favor and stop calling me 'princess'."

Kira's twin sister, Athrun's on-again-off-again Love Interest, and leader of Orb. She seems to be struggling with her position when the show begins, and is eventually forced to abandon the country as her plans fail. She plays a background role for much of the rest of the plot, but near the end comes back into focus after dealing with her personal demons.

"This country isn't your plaything! Will you stop making decisions based on how you feel?"

A high-ranking Orb politician, he's Cagalli's official fiancé and a total jerk to boot. In her absence he leads Orb from one disaster to another, most notably the alliance with Neo and Djibril, both of whom he is terrified. 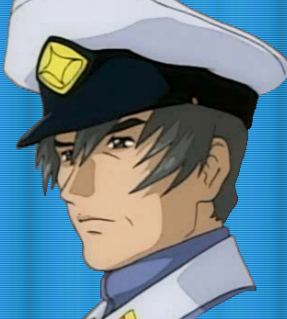 "I'm counting on you, Freedom."

Todaka was a high-ranking officer of the Orb Union military. He was one of his country's battlefield commanders and always carried out the orders given to him, even if he disagrees with them. Though he may appear single-mindedly obedient in the series, he is not without any opposing views against Orb's leadership that consolidated itself by joining the Earth Alliance especially under its self-serving representative, Yuna Roma Seiran.

Crew of the Archangel

"I don't want to kill anymore, and I will not let others kill."

The protagonist for the previous series, Kira returns to action following a botched assassination attempt upon Lacus. His general disillusionment and inability to trust both sides of the conflict put him at odds with Athrun, Shinn and the rest of the new cast. He eventually regains his position as the main character, and leads an independent faction (a collection of Orb soldiers loyal to Cagalli and various defectors from both OMNI and ZAFT) against Durandal. Compared to the angsty teen prone to emotional fits two years ago, this time he's much more emotionally stable.

An important political figure, Lacus essentially dropped off the radar following the end of the First Bloody Valentine War to live quietly with Kira in the South Pacific. Forced back into action by an assassination attempt against her, she returns to space in an attempt to consolidate enough power to stop Durandal.

The captain of the Archangel, and Kira's commanding officer from two years ago. Initially working as an engineer (which was, after all, her original job) in Orb, she answers Kira's call to action and reprises her role as the Archangel's captain once they enter the conflict.

A former ZAFT ace, who defected near the end of the previous war. Still has the scars from his battle with Kira.

An old friend of Kira's, and an Archangel crew member in Mobile Suit Gundam SEED. She's a photojournalist covering the war when we first see her in Destiny, but she ends up back on the Archangel after running into her old crewmates again. 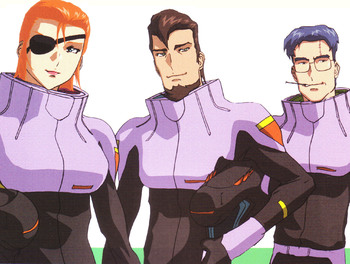 Hilda, Mars, and Herbert are a trio of former ZAFT pilots who are very loyal to Lacus Clyne. 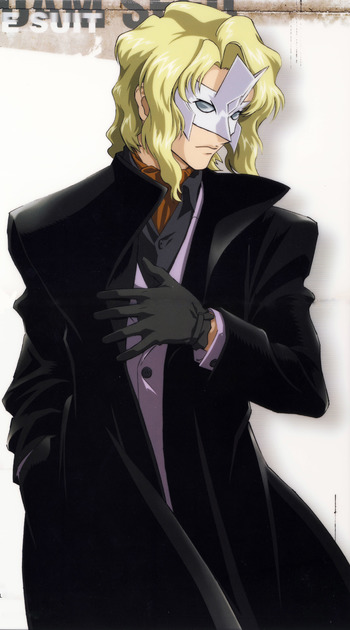 "Everything is born into this world, and eventually, dies. That's the pure and simple truth of it."

The (late) Big Bad of the previous war, Rau makes several appearances in various characters' flashbacks, many of which expand upon his life and philosophy, helping to further explain his actions in SEED, while also showing his legacy two years later.