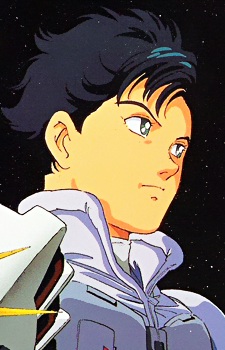 The film's protagonist, Seabook Arno is the son of mobile suit and weapons designers Leslie and Monica Arno. Unaware of the full extent of his parents' work, Seabook ends up Falling into the Cockpit of their Super Prototype, the Gundam F91 when the Crossbone Vanguard launches an attack on his home colony. 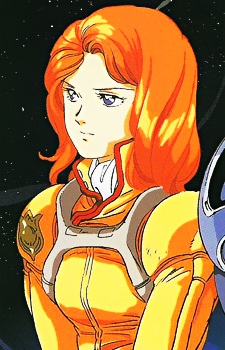 Seabook's girlfriend, Cecily Fairchild is the daughter of Carozzo Ronah and the granddaughter of Metzer Ronah, both of whom want her to act as the figurehead for Cosmo Babylonia's conquest of the Earth Sphere. Kidnapped and forced into the role, Cecily keeps her own council, and eventually turns against them.

A junior Federation Forces officer, who becomes acting captain of the training ship Space Ark once all of the vessel's senior officers leave to fight the Crossbone Vanguard. Her main role in the film is to get the refugees of Frontier I colony to safety before they get embroiled in the war, even if it meant going against the wishes of Cosmo Eigesse.

A former colonel in the Earth Federation Forces, who becomes the leader of the civilian resistance movement after the Crossbone Vanguard attack the Frontier Side. His intention to turn Space Ark into resistance HQ made him an anomisity with the refugees and Leahlee.
Crossbone Vanguard/Cosmo Babylonia 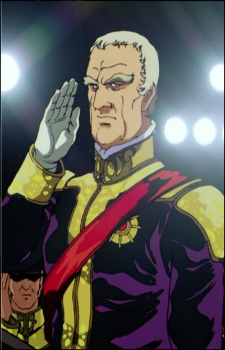 The leader of the aristocratic Cosmo Babylonia, Meitzer is Cecily's grandfather and Carozzo's father-in-law, and the man who is most to blame for the outbreak of conflict between the EF and the Vanguard. Believing the world is going to run itself into the ground, he aims to save it by imposing his own rule on the Earth Sphere. 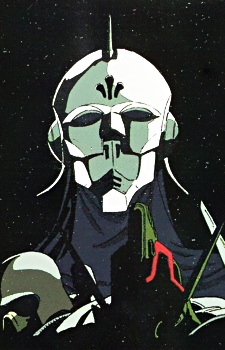 The son-in-law of Meitzer Ronah, Carozzo is the field leader of the Crossbone Vanguard, and a massively augmented Cyber-Newtype as well. Incapable of removing his mask, Carozzo is able to directly interface with machinery at the cost of his interpersonal skills and his basic humanity, with his wife, daughter, and father-in-law all distrusting and fearing him. He pilots the Rafflesia mobile armour. 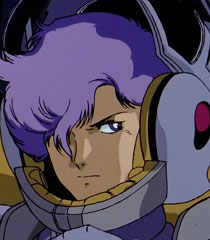 Carozzo's son and Cecily's half-brother, Dorel Ronah was adopted into the larger family by Meitzer when Carozzo married Cecily's mother. Arrogant and determined to prove himself, Dorel acts as one of Meitzer and Carozzo's mobile suit pilots, spearheading the initial attack on the colonies. He has a rivalry with Zabine Chereaux.