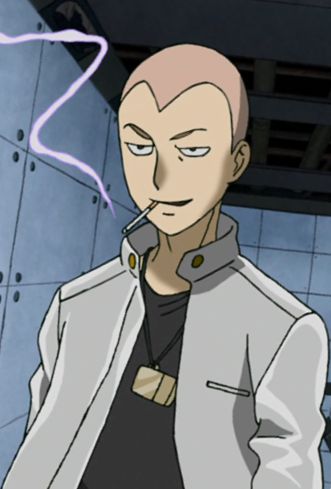 An Esper Mercenary hired by Claw during their push for world domination, actually a government-employed Esper hired to assassinate Touichirou. His specialty is White Noise, allowing him to control smoke. 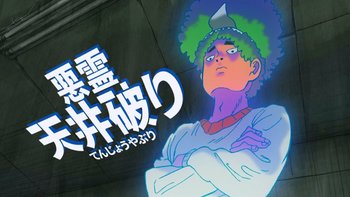 A man who got scared by a roach and died from hitting his head on a ceiling. He became a ghost who haunts people's nightmares. 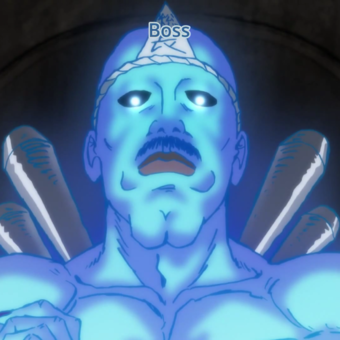 A biker who slipped on a banana and caught his entire gang into a deadly motorcycle accident. He and his biker stooges now haunt the Bone Well Tunnel. 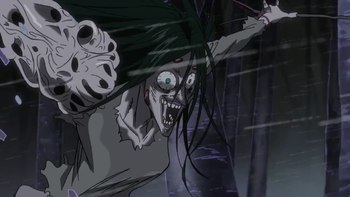 "Are you thirsty?"
Voiced by: Yuu Kobayashi (Japanese)

An entity born from collective belief in the urban legend of the same name, she manifests as a woman with a mouth sliced open along her whole jaw, who asks her victims if she's pretty before slicing them up with her scissors.

In the anime, she is changed to a woman who walks around, dragging several broken dolls on a string. Upon encountering someone, she asks them if they're thirsty before drowning them in the swamp. Her origin, however, remains the same.

Odor Sniffer
An evil spirit born of a ghost who was socially awkward around girls in life. Haunts an All-Girls School.
Wiggly Figure
A spirit that feeds by absorbing nutrients from living things. Encountered withering the crops on the farm that it haunts.
Keiji Mogami (Spoilers) 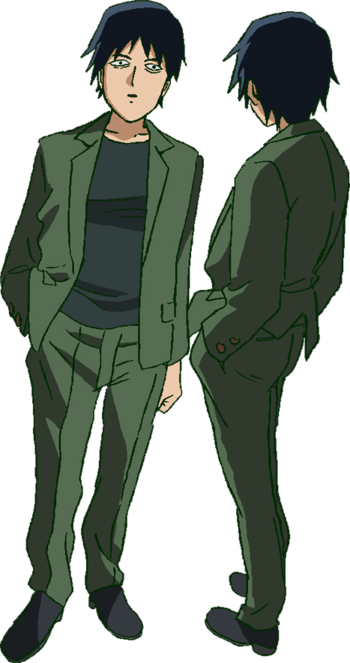 A historically famous and extremely powerful Esper who became the strongest evil spirit upon committing suicide. He is encountered possessing a rich girl named Minori Asagiri.

Lord Psycho Helmet (Spoilers)
Originally a disguise taken by Dimple based off of a sketch made of Mob, Lord Psycho Helmet is, in reality, a sentience that had been developing inside the Divine Tree since the beginning of its existence, and was unleashed after Dimple relinquished control over its power. 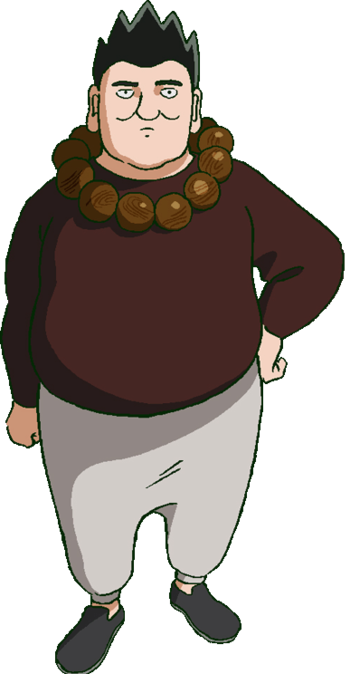 Even though I can't exorcise a flasher, I can still bring you to justice!

A psychic from a nearby city who is competing for the title of "rising star of the paranormal world" with Reigen. While initially antagonistic, the two become friends after being forced to work together on an assignment. 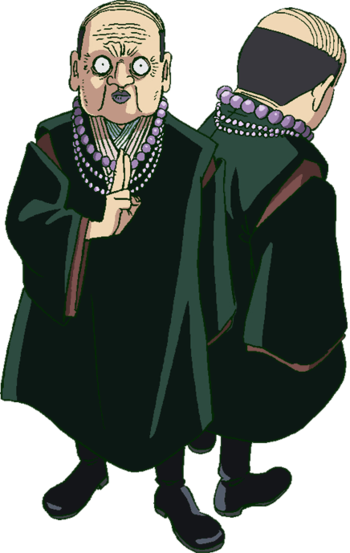 I'd like to see Reigen's ability. Even if I try hard, it's not spectacular at all. We should let the whole nation witness how the next generation of psychics does it.

A decrepit old man and the most senior psychic in the business, both literally and figuratively. He has formed the Sun Psychic Union as a way of both maximizing profits and maximizing his control over the business. Something of a TV star, he is one of the better-known psychics in the business. His actual abilities are unknown, though he appeared to display an unusual aura while performing an exorcism, hinting he may be an Esper. 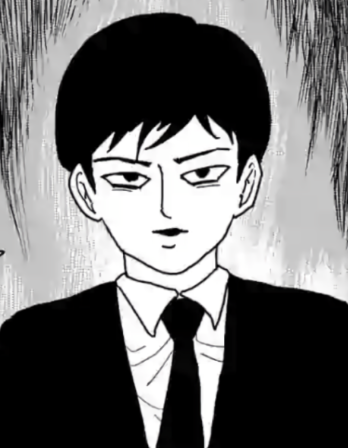 The self-proclaimed "strongest psychic of the solar system". He appears in the Reigen spinoff and becomes the titular psychic's rival. 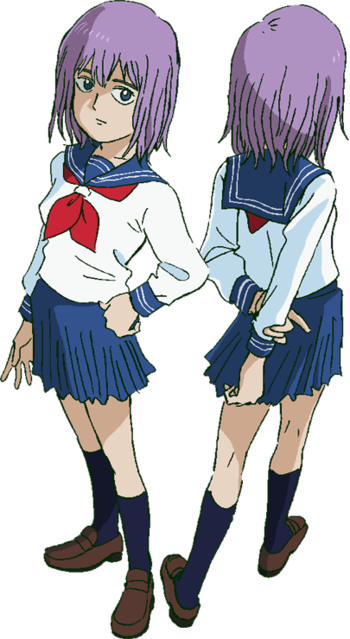 A rich girl possessed by the ghost of a powerful Esper. Her father calls Spirits and Such to exorcise her. 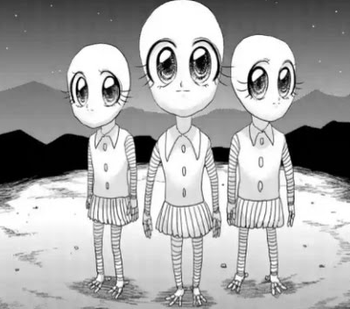 A group of aliens that reveal themselves to Mob, Reigen, and the Telepathy Club after the latter attempt to contact extraterrestrials. 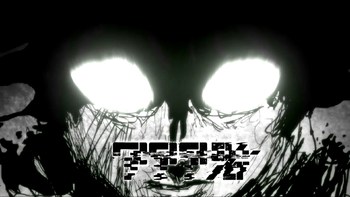 Each of Mob's explosions have him still in control, at least somewhat: ??? is an exception to this rule. This form activates when Mob goes unconscious in moments of extreme danger, causing his powers to automatically activate themselves in an attempt to protect Mob's body. Immensely powerful but completely out of control, ??? is a Dangerous Forbidden Technique that allows Mob to turn any fight into a Curb-Stomp Battle at a major cost — ??? will attack everyone and anyone it deems as a threat to Mob's well-being with extreme prejudice, often going against Mob's wishes for a peaceful resolution to fights.

The "???" arc reveals that it's possibly a Split Personality that acts out Mob's best wishes the only way it knows how- through extreme violence. Many characters also theorize it may, in fact, be an entity entirely separate from Mob himself, which is seemingly confirmed when it takes control of Mob during Chapter 100 and identifies itself as a separate identity — that of the "original" Shigeo Kageyama.