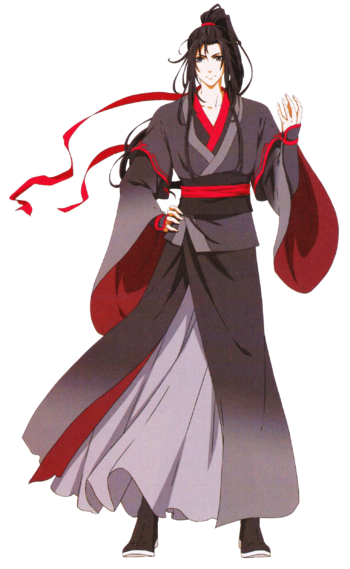 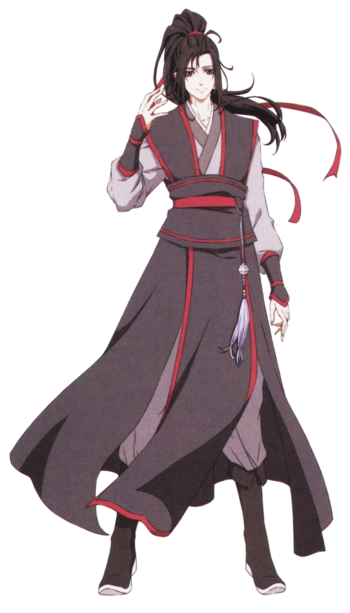 to see Wei Wuxian in his original body
Click here 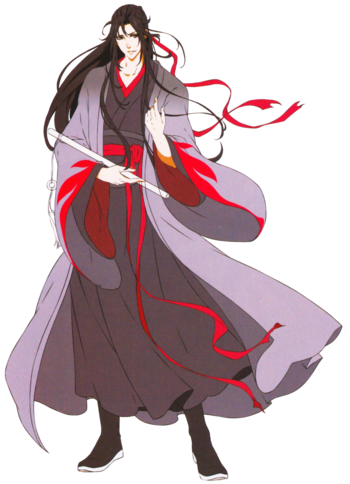 to see Wei Wuxian as the Yiling Patriarch
"Nobody can give me a nice, broad road to walk on. A road where I could protect those I want to protect without having to cultivate the ghostly path."

The son of Wei Changze and the rogue cultivator Cangse Sanren, Wei Wuxian grew up to become a notorious terror of the cultivation world. Fourth on the list of top five cultivator gentlemen in his generation, he was originally Childhood Friends with the Jiang siblings until tragedy befell the Jiang Clan.

A series of events led him to be tossed into the Burial Mounds, a mass grave teeming with resentful energy, where he walked out after inventing the ability to control corpses and other arts of The Necromancer, thus founding a dark path to cultivation. He then distinguished himself in the Sunshot Campaign against the tyranny of the Qishan Wen Clan, but the post-war political atmosphere did not exactly work in his favor.

Subsequent events led to the plummeting of his reputation, the besieging of his lair, and he died without leaving a trace. Thirteen years later, the oppressed homosexual Mo Xuanyu sacrifices himself in a dark rite to summon Wei Wuxian to take revenge on the Mo family who abused him until he went insane. Stuck in a new mortal body, Wei Wuxian is then dragged into events not of his own choosing, and followed by an acquaintance of his past — Lan Wangji.

open/close all folders
Tropes #-B 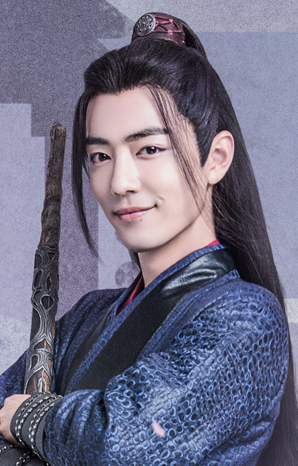 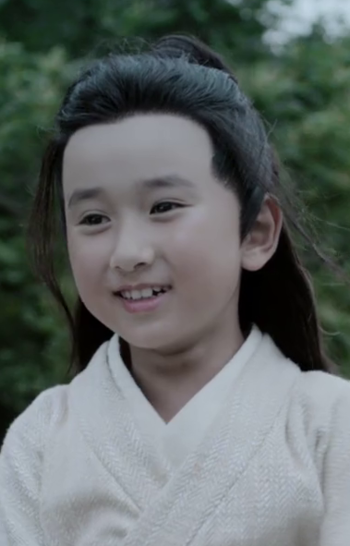 to see Wei Wuxian as a child