An underground network of rogue and disavowed intelligence operatives who operate under no flag and for no cause other than the ones they decide for themselves. They are so clandestine that the knowledge of their existence is mostly obscured from formal intelligence organizations. They are the product of a British MI-6 project to create a team similar in scope to the US government's Impossible Missions Force, given zero accountability and a near-bottomless source of capital to carry out black-ops missions. However when the British Prime Minister didn't agree with the implementation, the idea was meant to be scrapped. Their existence continued thanks to the work of the British chief of intelligence operating outside of his orders but The Syndicate's leader eventually splintered from the government, turning them into a terrorist network. 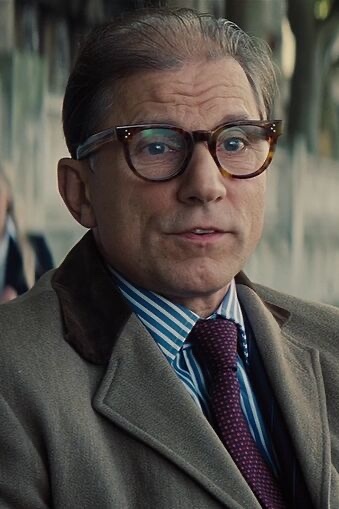 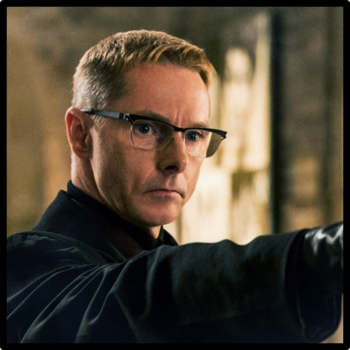 Ethan Hunt: I know you, Lane. Somewhere along the line you had a crisis of faith. Human life didn't matter anymore, or maybe it never really did. Either way, you killed too many innocent people without ever asking who is giving the orders. Or why. You blame the system for what you are. Instead of yourself. You wanted revenge.
Click here to see Lane in Mission: Impossible - Fallout. 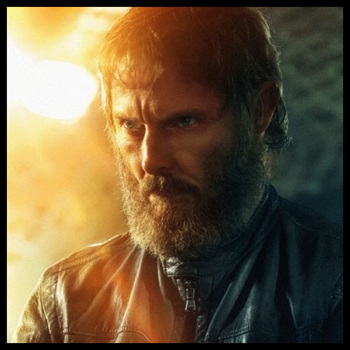 "When the time is out, Hunt will lose everything and everyone he ever cared about."
Played By: Sean Harris
Dubbed in French By: Yann Guillemot
Appearances: Rogue Nation | Fallout
Ilsa Faust: You're a terrorist!
Lane: If that were true then my goal would be to spread fear, but my method is... far more surgical.
Ilsa: You kill innocent people.
Lane: I helped my government kill many innocent people and more, so much more. Killing to keep things as they were. And now I'm killing to bring about change.

The elusive leader of the mysterious criminal organization known as the "Syndicate", responsible for untold acts of political sabotage all over the globe. A former MI-6 intelligence operative who was made The Syndicate's field commander, his disillusionment with working for the government eventually inspired him to use his role as head of The Syndicate to disassociate it from any form of government control. Holds the distinction of being the only Mission: Impossible villain to survive more than one movie. 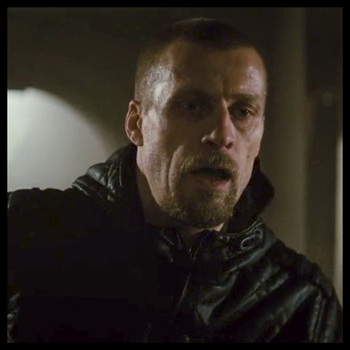 "Now let's see what you're made of." (Swedish: Nu ska vi se vad du är gjord av.)
Played By: Jens Hultén
Dubbed in French By: Serge Faliu
Appearances: Rogue Nation
Ethan Hunt: Vinter.
Janik: You know who I am?
Ethan: Janik Vinter. They call you the 'Bone Doctor'. The funny thing is you're officially declared dead, 3 years ago.

Solomon's enforcer and his loyal torturer.

One of the three assassins at the opera.

A successor faction of the Syndicate after the organization was broken up, but not quite defeated, following the events of Rogue Nation. They are still loyal to Solomon Lane and work to free him from prison and carry out his evil plans, and to that end they have allied with mysterious terrorist John Lark to steal nuclear weapons.

A dangerous terrorist who unleashed a smallpox plague in Kashmir. He wants to kill 1/3 of the world's population in order to incite global anarchy and punish the governments of the world for their incompetence and corruption.

See the CIA page for his tropes.

A man hired by Lark to pose as Lark.

A nuclear weapons expert and a firm believer in John Lark's ideology. Has a hatred for religions and people in power in general.