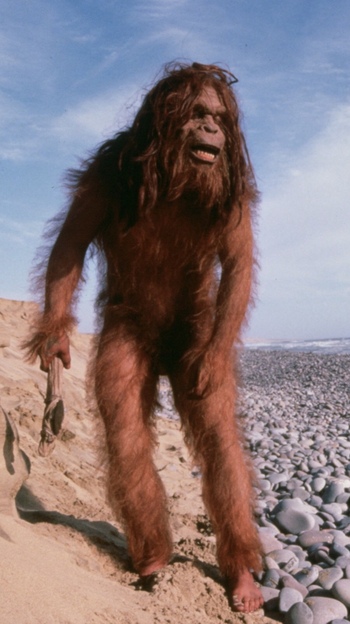 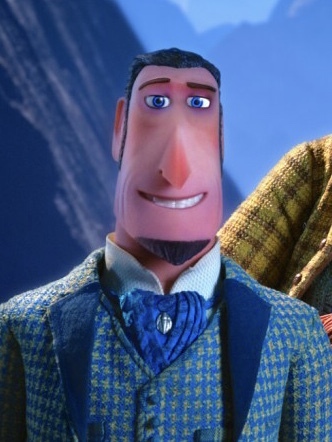 A man who wishes to be a great adventurer and goes around the world to discover and collect proof of mythical creatures being real. He then receives a letter from a mysterious person who happens to be the sasquatch to help take him to his missing relatives up north, to which he agrees. 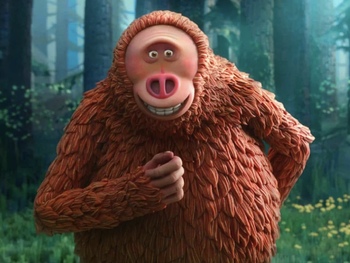 The sasquatch who contacts Sir Lionel in his letter, asking for the adventurer to help him seek his lost relatives so he won't be alone anymore. Due to living in isolation, he's very timid, quiet, and rather gentle, meaning that a lot of Lionel's sarcasm usually goes over his head. 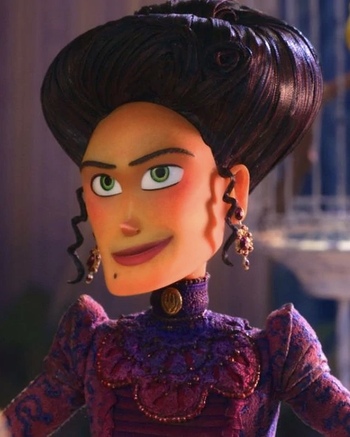 A widow of one of Lionel's friends, with hints of the two having a relationship in the past, but she clearly hates Lionel in the present. She joins the Susan and Lionel after they steal her husband's map, as she longs for adventure once more.

The leader of the Optimates' Club, an exclusive society for "great men" that Sir Lionel wishes to join. In reality, Lord Piggot-Dunceby is the opposite of a great man. He's a snobby, arrogant, racist imperialist who feels progress threatens his place in the world and is determined to see Sir Lionel's search for the Missing Link fail to preserve his own pride.

A bloodthirsty thug hired by Lord Piggot-Dunceby to prevent Sir Lionel from winning the bet the two of them made. Though infamous for hunting and killing every kind of animal under the sun, he proves just as willing to stoop to assassination if the price is right.

The ruler of the yetis of Shangri-La, which she's worked hard to maintain as an isolationist utopia for her people. No matter the cost.

An old lady in the village near Shangri-La who guides Lionel and the others towards the yeti village.

Voiced by: David Walliams
Frost’s former assistant at the start of the movie who resigns after being subjected to a near-death experience from the Loch-Ness Monster.