"I always said when I had a juvenile I knew was bad, I wish I could put him away for life. You could just see it in their eyes." 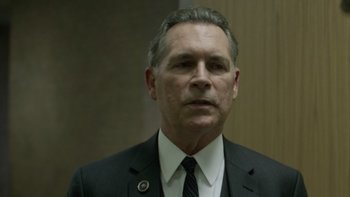 "The Bureau does not do that. We do not get involved until a crime is committed and has risen to the level of our radar."

Unit chief of the FBI National Training Academy. Stern and by-the-book, he has a rough relationship with Holden and Bill who have to work to convince him that their work has merit. 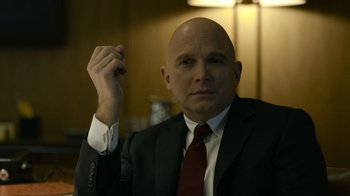 "I want this unit to go from being a cold-case call to the first call."

The new Assistant Director at the FBI, and seemingly the supportive boss the team has ever wanted. 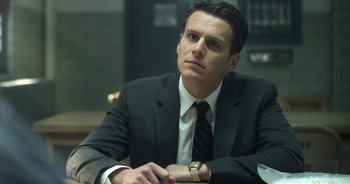 "The only mistake I made was ever doubting myself."

A special agent in the FBI's Behavioral Science Unit. After several years working as a hostage negotiator, he's reassigned to Behaviorial Science where he works as an instructor, and becomes intrigued by the idea of understanding criminals' actions and motivations. 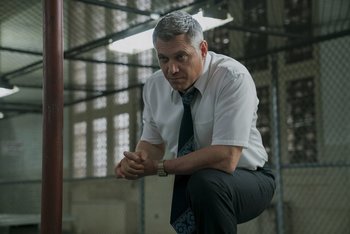 "He's gonna take the fucking [gun] away from you, he's gonna kill you with it, and then he's gonna have sex with your face."

A special agent in the FBI's Behavioral Science Unit. Already interested in the subject of criminal profiling, he takes Holden under his wing, and despite their clashing personalities they generally work well together. 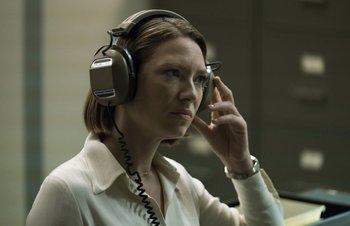 "I don't know what I expected. I've spent months of my life and I had hoped that we could complete our research before seeing it used to this end."

A psychologist at a Boston university. Longtime friends with Bill, who asks her to consult with the Bureau for their study. 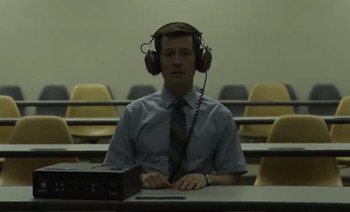 "Our family joke was that we'd never run out of guilt or oats."

An FBI agent who joins the Behavioral Science Unit in episode eight. 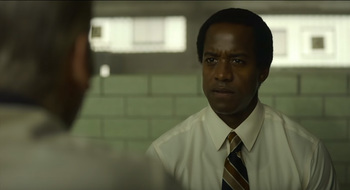 "Everything else being equal, what's the tipping point for matching the profile? Four criteria, five? What about the six that he didn't fit?"

A black Atlanta FBI agent who applies to join the BSU in Season 1 but is turned down because of his race. He collaborates with Holden when he comes to interview subjects in Season 2 and ends becoming the local liaison with the unit during the Atlanta Child Murders of 1979-1981.