Mickey and the Sleuth

Mickey and the Sleuth is set in 19th Century London (usually), where Mickey Mouse is the assistant of Sureluck Sleuth.
Sureluck Sleuth 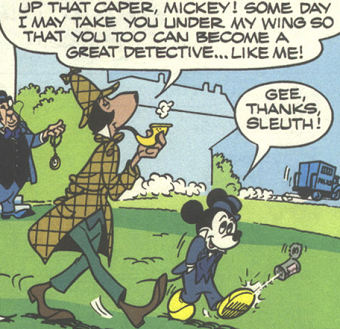 Sureluck Sleuth, conventionally known as the Sleuth, is Mickey's inept but somehow always successful costar in the Mickey and the Sleuth series. 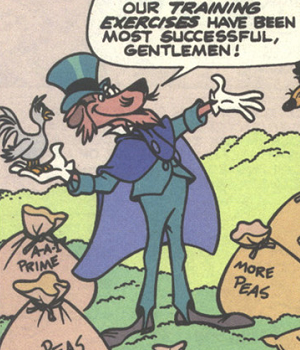 The designated villain of the Mickey and the Sleuth series. He leads a gang of three henchmen/students to commit crime in 19th century London. 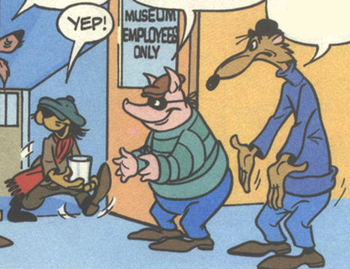 The three henchmen/students of Professor Nefarious. Fliplip even is the professor's son-in-law.

Super Goof stars Goofy as a Superman-like superhero who gets his powers from eating super goobers. With the assistance of his nephew Super Gilly, he goes toe-to-toe with a mostly unique rogues gallery.
Doctor Syclocks 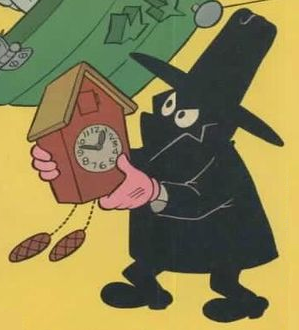 A clock-robot made by Gepetto because he felt lonely when Pinocchio started attending school. Doctor Syclocks went bad and forced Gepetto to build him weapons and tools needed to commit burglaries. He eventually crossed paths with Super Goof and Mickey and was defeated. 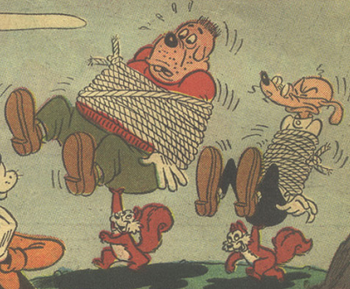 A master thief and, in Brazil, leader of the criminal organization "The Classless Professionals". His civilian name is Dr. Stigma and he has a henchman named Flumbert. 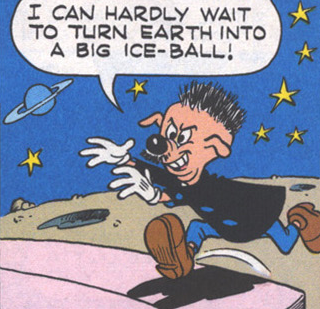 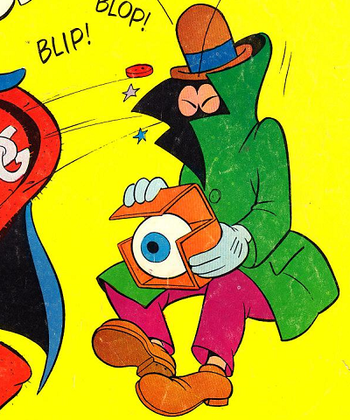 A villain who uses evil eyes to commit his crimes. 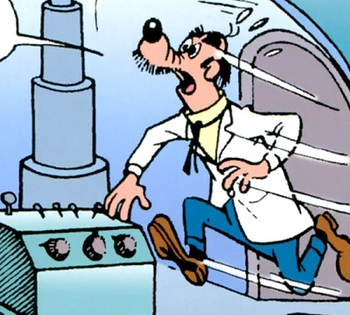 A scientist specializing in weather control to take the world hostage and sell his weather survival self-help books. 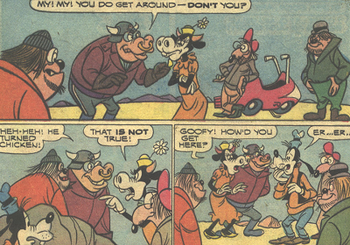 The leader of a space motorcycle gang who fancies Clarabelle. 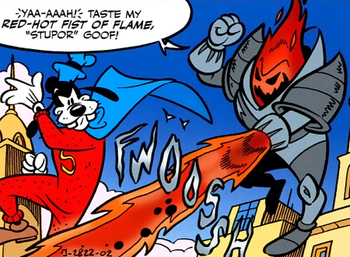 The Pyrodin is an unnamed villain ("Pyrodin" is a nickname for purposes of this entry) whom Super Goof once fought.

X-Mickey details Mickey Mouse's adventures in or relating to the World of the Impossible. Along the way, he meets various of the supernatural inhabitants of the other world, some of which are parallels to people he knows in his world.
Manny 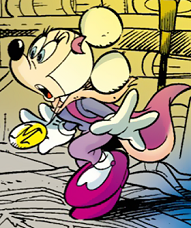 The "Guardian of order" (i.e. the primary law enforcer) in the World of the Impossible. 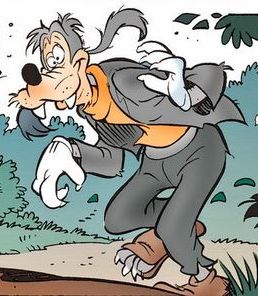 A werewolf who acts as Mickey's guide in the World of the Impossible — albeit reluctantly at first, since he enjoyed being a "free spirit" and really had no interest in becoming a guide. Rather more together than his counterpart Goofy, not to mention more callous and with a certain disregard for rules, but with the same happy-go-lucky attitude and good heart. 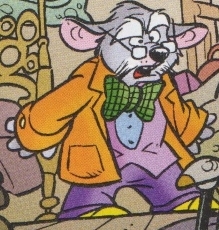 A retired guide from the World of the Impossible, who now runs the antique shop in Mouseton called The Shop of Errors. He often hires Pipwolf to do odd jobs for him.

A number of stories distinct from the regular continuity either are not categorizable as part of a series or have only a small unique cast to speak of.
Count D'Gemmes 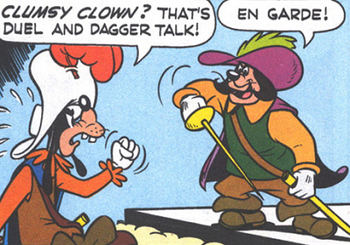 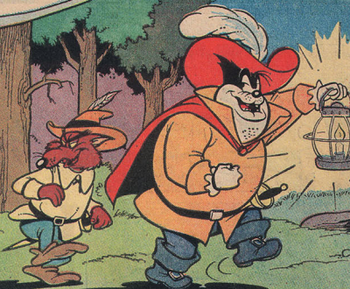 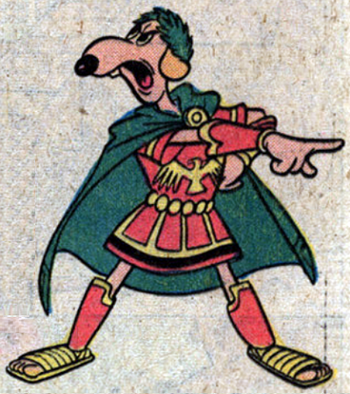 The emperor of Rome and suitor of Clarapatra. 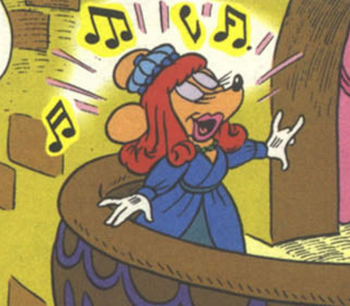 The princess of an unnamed land in an adaptation of Aladdin. 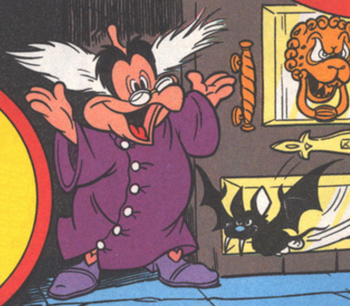 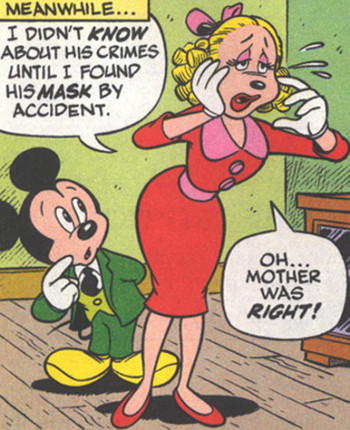