Not an army as a whole, but a collection of warriors, adventurers, and hostile wildlife not affiliated with any of the factions that get involved in the conflict. This also includes members from the Amadeus Syndicate, Japanese Army, Mummy Army, Pirates, and any mutated creature (even those created by the Rebel Army).

This consortium of hackers and Mad Scientists were the actual enemy in Metal Slug 4. Despite impersonating them in that game, they actually work with or for the Rebel Army a lot.
White Baby Prototype

White Baby holding Alice
A supervirus, created by the Amadeus Syndicate, in its prototype form. Like MS-Alice, White Baby is able to produce a mass hologram of herself.
Alma

An Amadeus Researcher who has succeeded in applying animal powers into humans. She turns herself into a tiger-like form when sent to battle.
Iron Fortress

An evolution of the Iron, piloted by an AI designed to protect White Baby.

Antlion and its "skinless" form
An android who can masquerade by wearing pseudo-living skin.

A former Anti-rebel group that was destroyed in the rise of the Ptolemaic Army. Taking the organization's name as his own, their former leader embarks on a mission of revenge.
As A Whole
Scotia Amundsen

A treasure hunter and the daughter of Scott Amundsen Jr., the archaeologist from the second mission of Metal Slug 2/X.

Machyna and Red Goblin
The former leader of the Red Goblin society before Ptolemaios came in and dismantled the group.
Vatn

A soldier of an Eastern army (possibly the Japanese Assault Force) who left to a deserted location under the stress of an overly prolonged war.
Licht and Elena

Licht, Machyna, and Elena
Mysterious siblings from another timeline that practice swordsmanship. Both of them have some sort of obsession to defeat Ptolemaios. Both siblings have swords that are keepsakes of their parents, Licht from his father and Elena from her mother.
Ichima 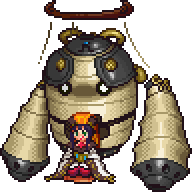 A mysterious puppeteer who uses her large puppet as a means of transport and weaponry. She joins Red Goblin to take vengeance to the Rebel Army.

The Rebels and Regular Army fought through their tombs in Metal Slug 2, and they never really went back to their rest.
Cleopatra

A servant to the Pharaoh.
Hemet/HMT 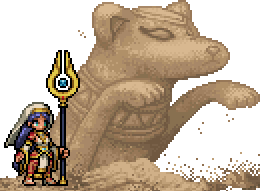 A loyal follower of the Pharaoh who gave her heart for eternal life.
Arsinoe

Cleopatra's younger sister who lives in a different set of ruins from where the Pharaoh and Cleopatra rest.
Hathol 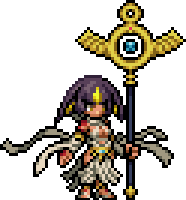 Another follower of the Pharaoh. Unlike Hemet, her eternal life lost her ability to convey emotions.
Sharifa 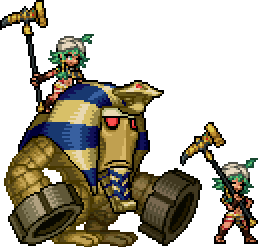 Yet another follower of the Pharaoh who was originally a constructor.
Ramal 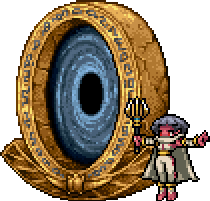 Ramal and her mirror form.
Yet another follower of the Pharaoh who was originally a priestess.

A person who protects the Sand Kingdom, the desert missions of Metal Slug 2 and Metal Slug 3, from the Arabian Rebel forces with his trusty Slug Armor.
Aileen 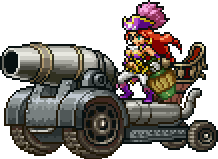 A previous member of the Amadeus Syndicate who became a Pirate.
Elysion

A pirate who rose from the dead after being disturbed by the Monoeye UFOs.
Esther

A girl who lives in an underground village.
Aswang

A young lady who claims to be a real vampire (more or less), having restored to life by some mysterious force. Aswang is out for revenge on Vatn for incidents that have happened in the past. She has had a thing for metal treasures, but since silver bullets have been lodged in her body, she can only settle for plastic treasures, due to her being allergic to metal now.
Agalia

An ex-nun turned assassin. She is well known in the underworld.
Kelly

A weaponsmith who works for a world-leading defense contractor.
Minerva

A master martial artist who trained up in the mountains.
Otto

Otto and his wolf form.
A human with lycanthrope blood on a constant run from vampires.
Yuki Tsuki Hana 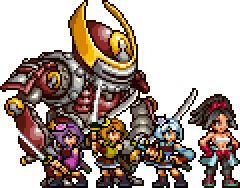 From left to right: Ouka, Tsukikage, Keisetsu, and Kagura.
A group of four samurai turned ronin after the Ptolemaic Army destroyed their home.
Maya 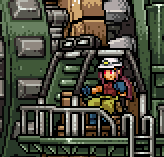 An experienced miner who works for a world-leading military corporation.
Sharl

Sharl above her prisoner.
A pure vampire who punishes criminal vampires.