This page lists tropes associated with Merlin, the titular character of the series Merlin.

See the character page for the rest of the main characters of Merlin here. 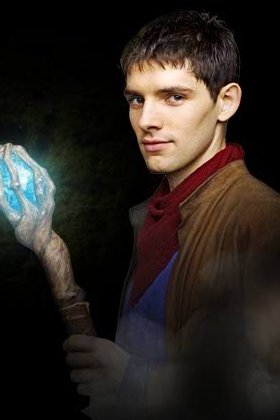 The titular character and the protagonist of the series, Merlin must protect Arthur — who will one day become king of Camelot and unite the lands of Albion — while keeping his magic a secret.