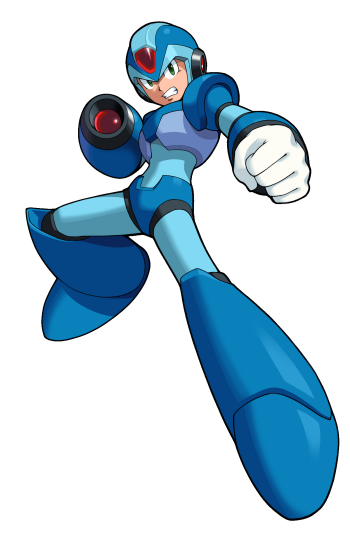 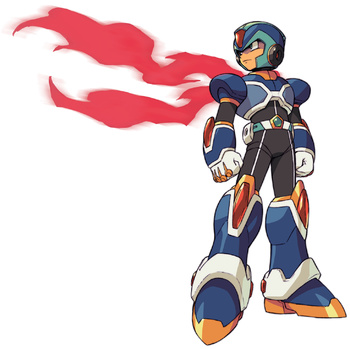 Has his own set of tropes under the Mega Man Zero allies page for tropes that apply exclusively to him in that series. 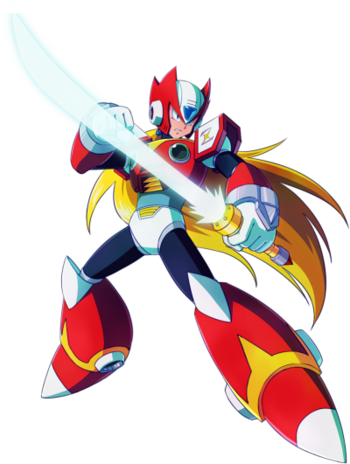 The final creation of Dr. Albert Wily, Zero was created to destroy Mega Man once and for all, but a programming error in his system forced his creator to seal him away. After a violent rampage upon waking up, Zero was quelled following a fateful fight with Sigma, becoming a high-ranking Maverick Hunter and close friend to X.

Has his own set of tropes under the Mega Man Zero protagonists page for tropes that apply exclusively to him in that series.
Axl 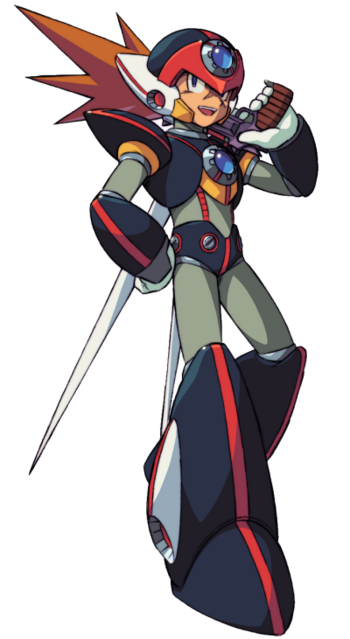 Voiced by: note Minami Takayama (JP), Lenne Hardt (EN, X7), Jeffrey Watson (EN, X8)
A former member of Red Alert (a Bounty Hunter organization) turned Maverick Hunter; since the only difference is the government sanction, this hasn't really changed his outlook on life. As the prototype of the next-generation of Reploid evolution, Axl's copy ability allows him to effectively become anyone.