The supporting characters of the Mega Man (Classic) series. 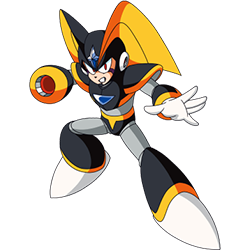 Voiced by: note Koji Tobe (Arcade), Nobuyuki Hiyama (JP), Darryl Stogre (EN, MM8)
A robot created by Dr. Wily himself in 7 specifically to rival Mega Man in every aspect. He has a robot wolf named Treble, with whom he can fuse to gain new powers in a similar manner to Mega Man and Rush. 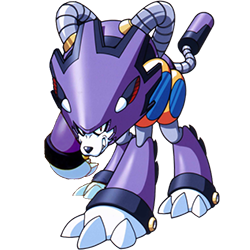 A robotic wolf created by Dr. Wily to help Bass the same way that Rush helps Mega Man. He can morph into a jet pack and fuse with Bass to let Bass fly for a limited time.
Gamma 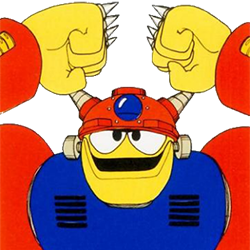 A giant robot built by Dr. Light and Dr. Wily for the purpose of peacekeeping and enforcement. Naturally, Dr. Wily had other plans...
Dr. Mikhail Cossack 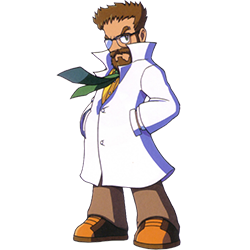 A brilliant Russian robotics scientist that Dr. Wily blackmailed into attacking Mega Man by kidnapping his young daughter Kalinka. Once Proto Man saved Kalinka, he was willing to help, going so far as to build Beat for our hero.

Robot Masters designed by Cossack sometimes have the serial number DCN-XXX (Doctor Cossack Number), though due to Wily's involvement, they may be given DWN serial numbers instead.
Reggae 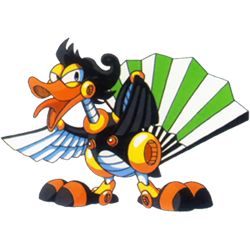 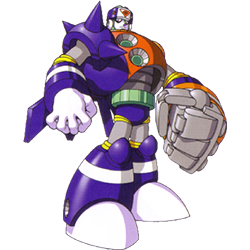