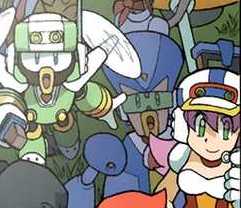 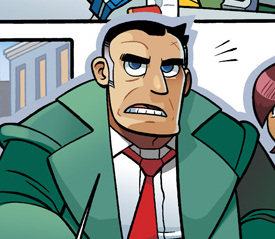 An old-fashioned Federal agent, with a distrust of advanced robotics. Typically dour, Gil is distrustful of others. He and his partner first appear after Dr. Wily's first defeat, and become recurring allies of Mega Man.

A federal agent and Gil's younger, more upbeat partner. Unlike her partner, she's less opinionated and gets along better with Mega Man and the other robots. She and her partner first appear after Dr. Wily's first defeat, and become recurring allies of Mega Man. 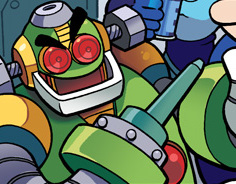 A robot and Dr. Light's personal assistant. He assists Dr. Light and the others whenever trouble rears its ugly head. 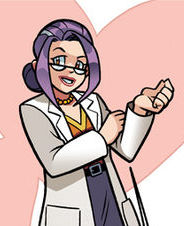 She's an old friend of Dr. Light and Dr. Cossack (and possibly by extension Dr. Wily). She's the creator of Quake Woman, but after a rock slide, she removed Tempo's personality; after the ARTS convention, she re-installed it, and since has reconnected with Dr. Light helping him upgrade Mega Man on occasion. 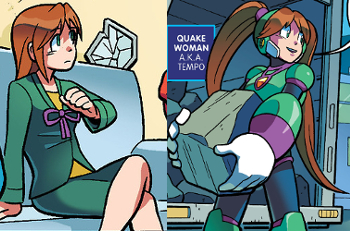 Tempo in her civilian form and as Quake Woman.

Tempo is the robot creation of Noelle LaLinde. Originally intended as an assistant robot much like Rock and Roll, Tempo was outfitted for geological surveying, becoming "Quake Woman". Much like Dr. Light with his own children, Noelle became attached to Tempo and came to see her as a daughter. However, tragedy struck and Tempo was nearly buried in a rock slide. Though Tempo survived, LaLinde ultimately removed her emotions in order to keep from becoming attached to her due to not wanting to experience the fear and pain of losing her again.

However, during the Emerald Spears' attack on the "A.R.T.S." conference, LaLinde realized that nothing she could do would keep her from seeing Tempo as her child, and ultimately restored her emotions. Now, Tempo has to face the arduous task of coming to terms with what happened to her, the difficulties of being able to feel once again, and the lingering phobia stemming from her traumatic experience with the rock slide. 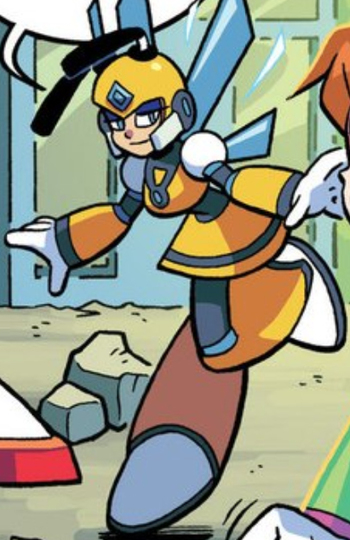 A bee robot based off of a scrapped Lightbot design. She serves as Tempo's younger sister in the hopes of rekindling her emotions. 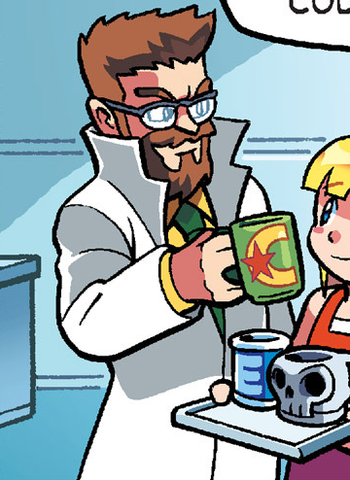 A Russian roboticist and a colleague of Drs. Light and LaLinde. Younger than his fellow doctors, Dr. Cossack is composed and collected. He is the creator of Pharaoh Man and the single parent of Kalinka. 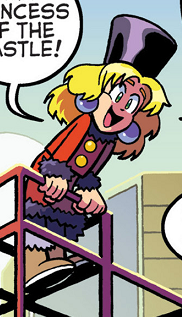 The young daughter of Dr. Cossack. 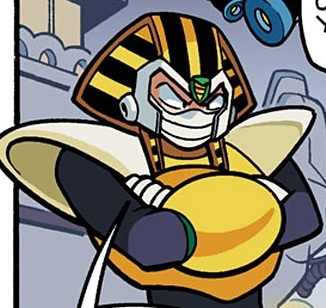 A Robot Master built by Dr. Cossack to explore and excavate ancient Egyptian ruins. He has a sensor array to allow him to perceive objects through walls in order to navigate the catacombs deep underground as well as superb speed and agility to evade the ancient traps that he might encounter. His design as a Pharaoh is to fool any curses laid against intruders into thinking he belongs there. 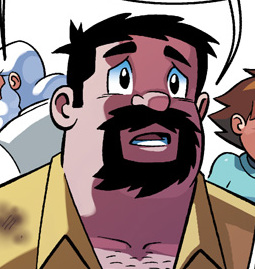 Another one of Dr. Light's colleagues, they both briefly reunite at the "A.R.T.S." conference. Involved with an expedition to the Amazon three years previously to the mysterious Lanfront Ruins. He's later revealed to the creator of Plant Man, and played a role in helping to put an end to the Ra Moon crisis. 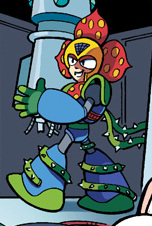 A robot created by Pedro Astil with the help of Dr. Light. A partly botanical robot, his unique nature allowed him to just barely survive Ra-Moon's blackout. Because of this, he was instrumental in helping to get Mega Man and Dr. Light's other robots back on-line.

The charismatic mayor of the newly renamed Mega City, who did so in order to score points with voters.

A robotic bird made by Dr. Wily. He serves as a comedic sidekick to the doctor in several of the Short Circuits and a few background sections in the Worlds Collide crossover. Has debuted in the current story to help Breakman kidnap Kalinka Cossack, setting the Megaman 4 arc in motion.

A feline pet created by Dr. Light and weaponized to assist Mega Man against various enemies. He seems to like Blues a fair bit.

A bird-themed combat support robot that both Dr. Light and Dr. Cossack collaborated on.

A walking suitcase built by Dr. Light for the purpose of transporting various materials. He has been re-purposed to ferry useful items to Mega Man on the battlefield. Eddie has been known to hang out with Auto for reasons unknown.