One of the branches of the United States Armed Forces, the US Marines are an elite group of infantry tasked with, among other things, protecting the US Navy ships they're stationed on, as well as amphibious operations. In Pacific Assault, both kinds of tasks are depicted, with Conlin initially part of a US Marine detachment onboard a stricken battleship during the Pearl Harbor Attack, as well as participating in several island battles later in the war alongside the rest of his squad.

Tropes applying to the US Marines as a whole: 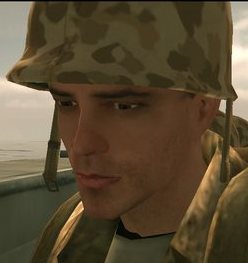 A US Marine, and The Protagonist of the game. The entire game is from his viewpoint, from boot camp just a few months before Pearl Harbor, all the way to the Battle of Tarawa in late 1943. 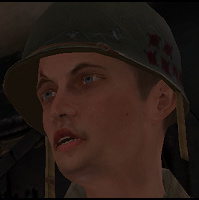 The squad's designated marksman. He wields a Springfield sniper rifle for most of the game, before switching to a shotgun for the Tarawa battle. 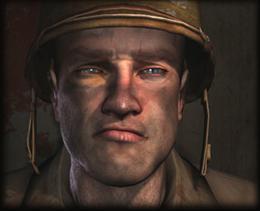 The highest ranking member of Conlin's squad. He wields a Browning Automatic Rifle.

The Medic of Conlin's squad. 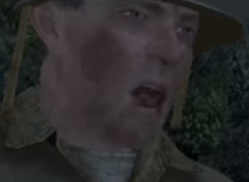 Commanding officer of the Marine Raiders, and the direct superior of Conlin and Minoso during the Makin Island raid and Guadalcanal campaign.

The Japanese Forces as a whole:

Soldiers of the Imperial Japanese Army. They are the primary opposition for most of the game, shown being garrisoned in Makin and attacking American positions on Guadalcanal.

Elite infantry of the Imperial Japanese Navy. They are encountered at Makin and later, Tarawa. 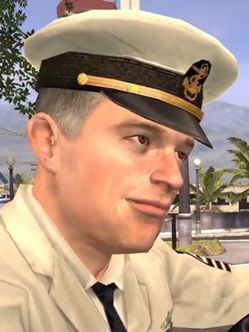 A US Navy officer stationed at Pearl Harbor at the time of the attack.