Characters / Masters of the Universe: The Evil Horde

Played by: Erik Gunden (She-Ra)
"Find it and crush it!"

The supreme leader of the Horde.

Skeletor's former teacher in the arts of dark magic, who was banished to Etheria, in the Dimension of Despondos, where he rules with an iron fist in the name of the Evil Horde supreme leader, Horde Prime.

For information on Hordak in the 2018 reboot of She-Ra and the Princesses of Power, click here. 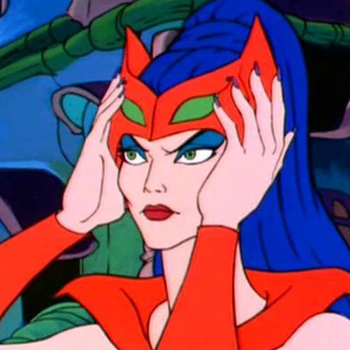 Force Captain of the Evil Horde who has the ability to shapeshift into a panther.

For information on Catra in the 2018 reboot of She-Ra and the Princesses of Power, click here.

A vebex rock man who served Hordak during his war with Eternia. (first appearance is the 2002 series)

Cyborg bounty hunter who works for the Evil Horde. A new addition as for 2012.

A motorized cyborg with a built-in wheel on his chest, that allows him to move at super-speed. 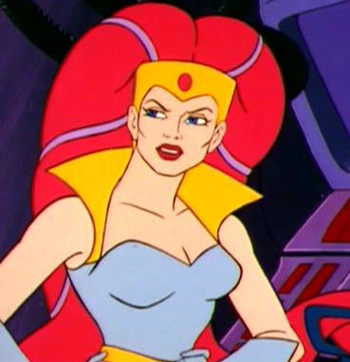 A close sidekick of Catra who can catch her enemies with her long braids. Just like Catra, Entrapta was added to the Horde in later media.

A hairy monster who acts as the Horde jailer.

Basic soldiers of the Horde Empire. 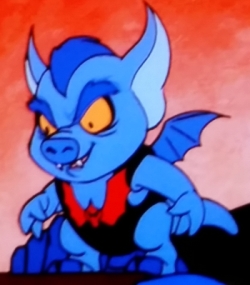 Every Evil Overlord should have one of their own.
Smallest member of the Evil Horde, and arguably the one most loyal to Hordak. He looks like something of a cross between a pig and a bat. When he's not busy disparaging the other Hordesman for their failures, he functions as Hordak's spy against the rebels. Acts rather like a mischievous child when left to his own devices.

A creature who can drain his enemies' strength with the suction cups of his mouth and hands.

A Horde member with pop-out eyes that allow him to spy his enemies at long distances or shoot a stun ray.

A giant who served Hordak millennia ago. After his death, he was found by King Hiss who briefly turned him into a zombie.

A beast capable of rearranging his body parts to take several different shapes.

A cybernetic mosquito-man who can drain his enemies' blood and energy with his nose-piece.

A robot created by Modulok, with the same powers. 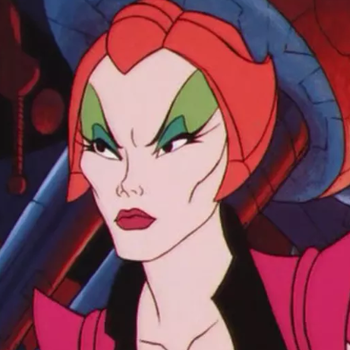 A Horde solider with scorpion claws and tail.

A powerful sorceress and second-in-command to Hordak.

Monstrous Mummy of the Evil Horde.