Characters / Marvel Comics The Falcon
aka: The Falcon 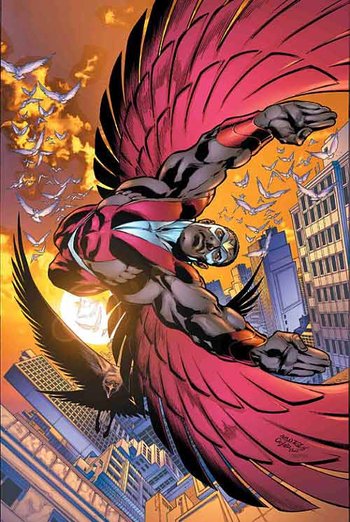 So wait, who's Falcon and who's Redwing again?
Advertisement:

Falcon and Redwing would go to become members of the S.H.I.E.L.D. Super Agents, The Avengers, the Defenders, and the Heroes for Hire. Initially appearing alongside Captain America in Captain America and The Falcon, Sam would star in his own limited series, The Falcon, in 1983. He was invited to rejoin the Avengers during Marvel NOW!. 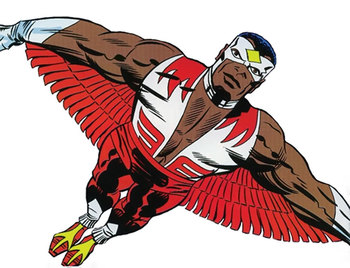 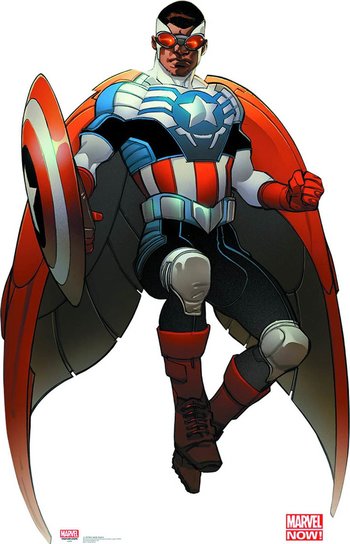 A young man who became the new Falcon after being experimented on by Doctor Mallus. After being imbued with Redwings DNA, Joaquin was unable to change back due to his new healing factor, courtesy of Redwing's vampiric nature.