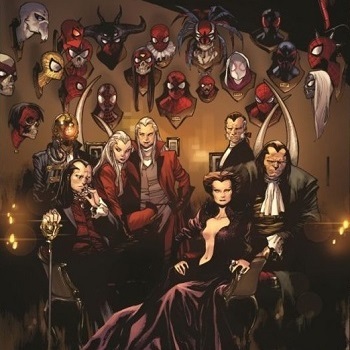 We are the Inheritors of Reality. On every world. In every dimension. In all points of space and time... my family reigns supreme.

A family of supernatural vampires, whose members include the powerful Morlun. 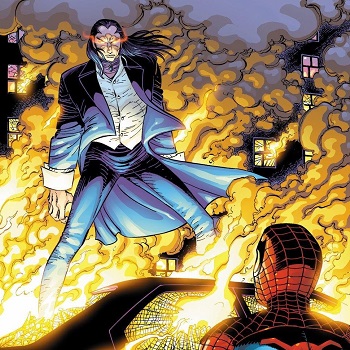 "You may get ahead, but eventually I will catch up. Now that I have found you, I will always be able to find you, wherever you may hide. This may take hours or days. The longest was a week. But in time you will tire. And then you will die."

A member of the Inheritors, a clan of lifeforce-draining vampires who target those connected to animal totems. Morlun came into Peter's life at a time when he was coming to learn that his powers were not wholly as a result of radiation. Morlun had pursued Ezekiel Sims, an old man with powers very similar to Peter's, for decades, before turning his attention to Spider-Man. With Ezekiel's help, Peter was able to weaken Morlun using the radiation in his blood before Morlun's own abused servant murdered him, but Morlun later returned, beating Peter to the brink of death. When he returned to finish the job and broke Mary Jane's arm when she tried to stop him, Peter underwent a monstrous transformation and killed him. Morlun was later resurrected and sent after the Black Panther, but was sealed away. He has somehow managed to return and developed the ability to cross dimensions, targeting any and every hero and villain connected to the Web of Life, especially the multiple incarnations of Spider-Man. 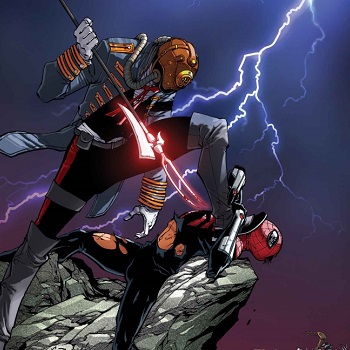 "Hrr! Gone. I can feel it. I must find them or I will have proven the others right."

The youngest brother of the Inheritors. He is traversing the multiverse with the intent of wiping out all Spiders. 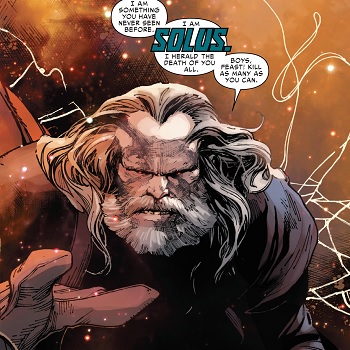 The patriarch and leader of the Inheritors, and the one overseeing the Great Hunt. 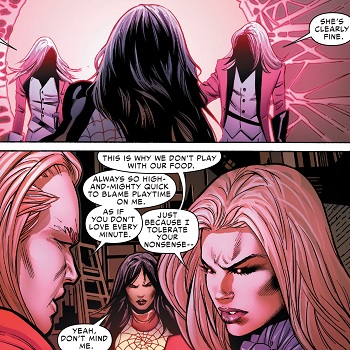 Bora: ♥♥Purr purr!♥ Aw, poor Brix is all pouty 'cause he didn't catch me. So sad.♥
Brix: I hate you so much! Just eat the vile thing and be done with it.

Twin brother and sister, and members of the Inheritors. 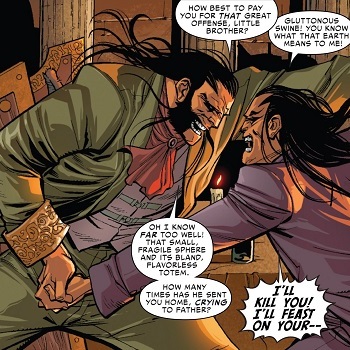 "Ha ha ha! Oh, what a world this is! Look at all of you pretty little things! You all look good enough to eat!"

The eldest and most gluttonous member of the Inheritors. 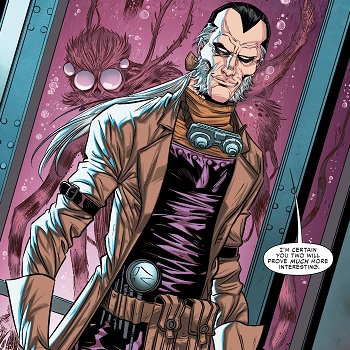 "It's a mystery. A puzzle. A question to be answered. The Weaver has told me my studies will never unravel its hidden secret. I take that as a challenge."

Jennix was one of the members of the family of Inheritors. Unlike his relatives, Jennix spent most of his time working on his experiments. 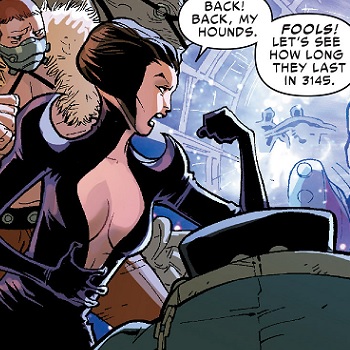 "Weaver? Open a doorway. And this time, send me to a world with young spiders. They taste so sweet when they're just ripe."

Verna was a member of the Inheritors, a family of hunters set out to hunt down and extermine every spider-totem from the Multiverse. She used her own Hounds to do her bidding for her. 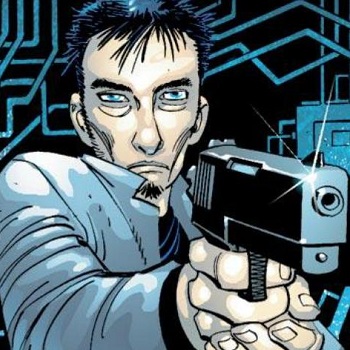 A human enslaved by Morlun, who had the singularly-named young man deal with mundane arrangements and affairs.