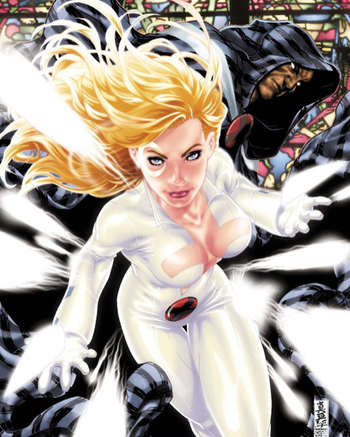 Cloak and Dagger are a pair of superheroes in the Marvel Universe. Originally appearing in Spectacular Spider-Man #64 (March, 1982), they were created by Bill Mantlo and Ed Hannigan. While never having been A-listers along the lines of The Mighty Thor or Iron Man, with their series often getting canceled after a very short period, they have a distinct cult following, which is somewhat tinted by nostalgia due to their 1980s background. They often team-up with other superheroes, namely Spider-Man, who is a good friend. Before the series was cancelled, they also had a brief membership in the New Warriors. Their most memorable recent appearances were in Runaways and Dark X-Men.
Advertisement: 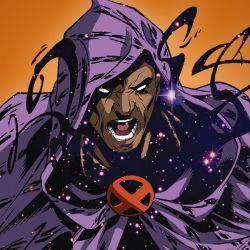 Tyrone Johnson is the "dark" half of the vigilante duo known as Cloak and Dagger. After a drug-related experiment awakened his powers, he became a living personification of darkness. Cloak is the Yin to his partner Dagger's Yang. Superheroes of the streets, Cloak and Dagger wage a war against dangerous drugs and drug-related crimes. 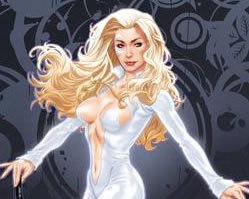 Tandy Bowen is the "light" half of the vigilante duo known as Cloak & Dagger. After a drug-related experiment awakened her powers, she became a living personification of light, with the ability to generate super-luminosity at will and use it both offensively and defensively.