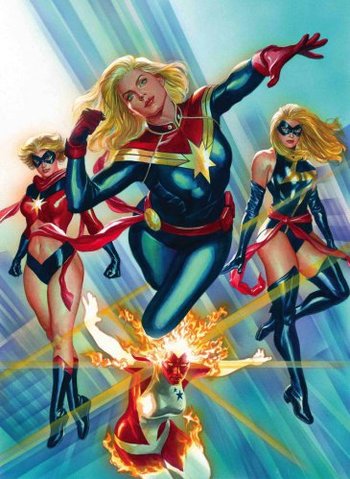 She later joined The Avengers but decided to quit after an incident which caused her to become pregnant by an adult version of her baby. Later, Rogue (at the time a villain under Mystique) ambushed her. After a grueling battle, Rogue absorbed Ms. Marvel's powers AND memories, then threw her off the Golden Gate bridge, leaving her to die. Fortunately, Spider Woman/Jessica Drew was around at that time and rescued Carol and sent her to the X-Mansion for treatment courtesy of Professor Xavier. After she sort of recovered (she regained her memory, but not her powers or emotions), Carol chose to stay with the X-Men for a while.