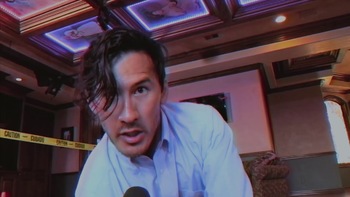 A pair of brothers who inexplicably have the same name (Jim). They star in the "Who Killed Markiplier" shorts.