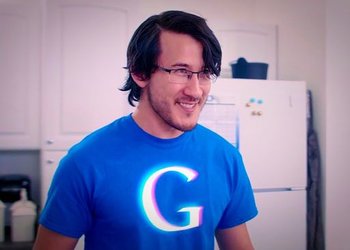 A robot whose primary objective is to answer questions as quickly as possible, with his secondary objective being to destroy mankind. He debuts in “Google IRL”, a collaborative sketch Mark did with Matthias.