open/close all folders
Main Characters
The main characters in the series.

A cheerful 18 year-old girl from Nippon who dreams to become the President of Amerigo! Just graduated from high school, she decides to go on a graduation trip to Amerigo. During her trip, she gets some advice from war veterans on achieving her dream: Join the Marine Corps. Her journey from that point is written into this series. Following graduation she gets assigned to CBRN Defense, and becomes an interpreter as well. 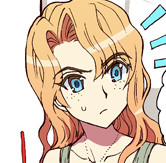 An Amerigon 18 year-old girl, she works at a diner where she meets Yumi. Overhearing some veteran patrons convincing Yumi to join the Marine Corps, she butts in to make sure Yumi understands what she is doing, and then later tags along with her into the Marine Corps! She remains as one of Yumi's closest friends in the series. Following graduation she gets assigned to motor transport. 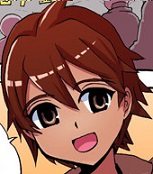 An Amerigon girl, she joins the Marine Corps to continue her family lineage of Marine Corps service (which is up to fourth-generation now). Her father is a Sergeant Major and she strives to make him proud. Following graduation she gets assigned to intelligence.

An Amerigon girl, despite her elite family status and education, she enlists into the Marine Corps to pave her own future. Following graduation she gets assigned to administration.

The commander of the recruit platoon Yumi and the other main characters are placed in. 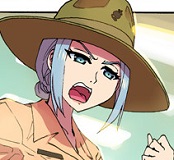 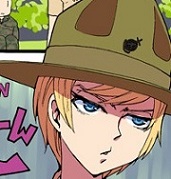 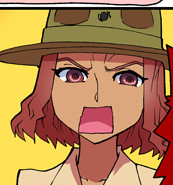 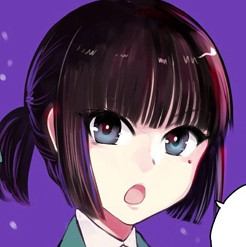 A staff sergeant liaison officer from the JGSDF assigned to Yumi as a mentor for formal Japanese language.