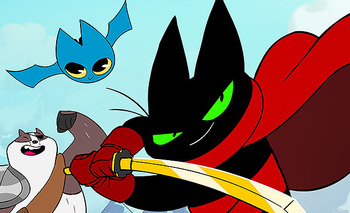 The defenders of Pure Heart Valley. 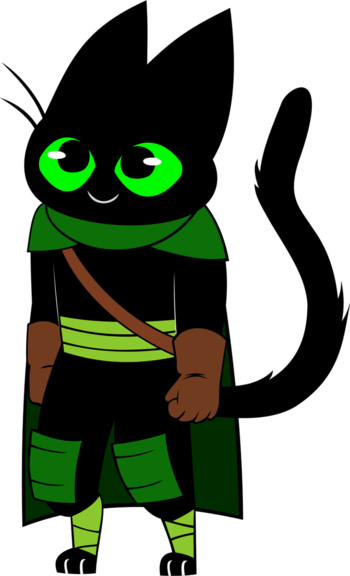 Click here to see Mao Mao as a child. 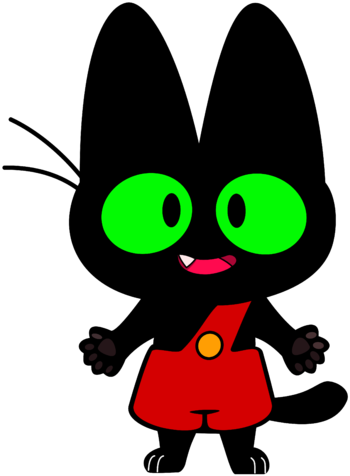 A wanderer who becomes the sheriff of Pure Heart Valley. His goal is to become a legendary hero and earn his family's respect. 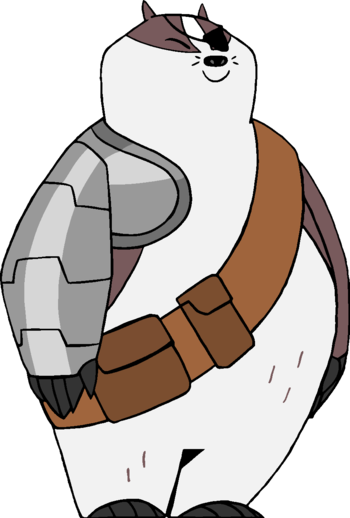 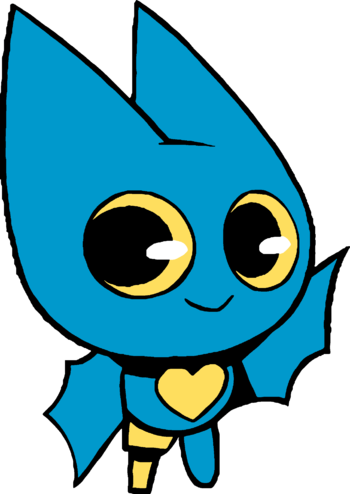 A young resident of Pure Heart Valley who becomes Mao Mao's deputy to learn how to be a hero. 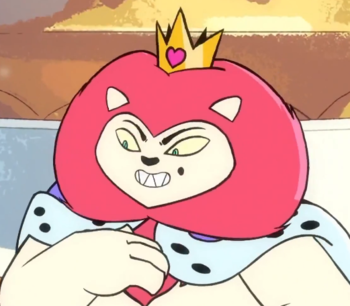 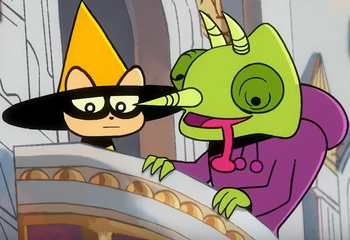 Camille on the right, Honey on the left 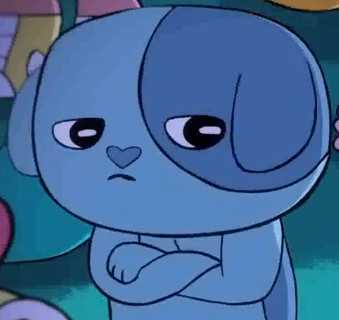 An older, pale blue dog who isn't impressed by the sheriff's department's battles. 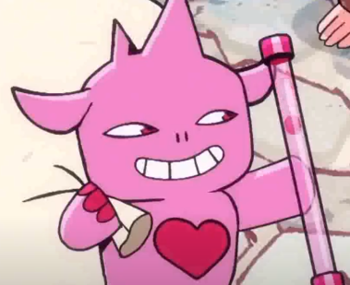 A troublemaking and rude Sweetie-Pie, who frequently sides against Mao Mao. 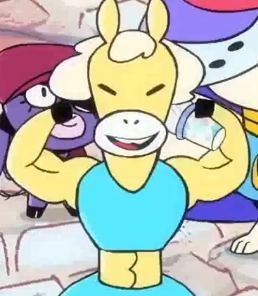 An athletic yellow horse who stands out as the most muscular Sweetie-Pie by far. 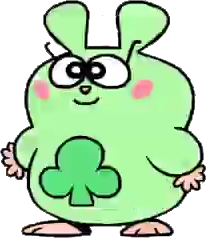 A green hamster with a four-leaf clover on his stomach.
Farmer Bun
Voiced by: Parker Simmons
A rabbit farmer who takes care of his crops.
Scoops

A purple donkey who runs the town newspaper and television news.
Clark Lockjaw
A seal in a raincoat who works as a reporter.
Mail Mole
A mole who delivers everyone's mail.
Slim Pigguns
A small yellow pig.
Muffins

A yellow mouse who works as a baker.
Penny and Benny
Two pink and yellow dogs.
Kevin
A teal porcupine.
Chester Nutz
A brown porcupine who is Kevin's brother. 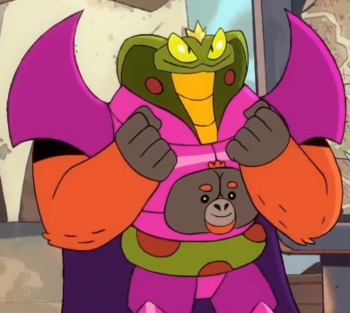 A orangutan-cobra hybrid pirate captain who wants to steal the Ruby Pure Heart.

A cybernetic giraffe pirate in football style armor with the ability to stretch her neck, a cybernetic ostrich pirate with a southern accent, and the ability to shoot eggs from a canon on his chest, and a rat pirate that can turn into a boomerang. They're the only members of Orangusnake's crew to not be thrown overboard. 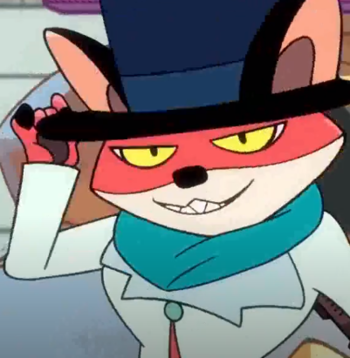 A con-artist fox who has been tricking the people of Pure Heart Valley into giving him their stuff for three-years. 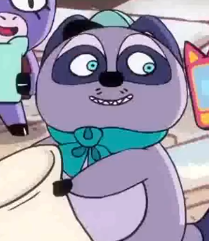 Badgerclops' old group prior to meeting Mao Mao. A group of cockney thieves with robotic limbs, they abandoned Badgerclops to die after a fire started around them. 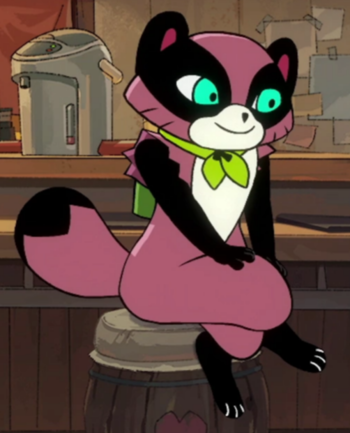 A tanuki bounty hunter who is Mao Mao's former partner. 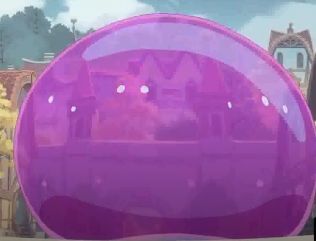 A giant pink blob that randomly materialized in town, and quickly became the most difficult threat the heroes had faced thus far due to its uncanny ability to mimic the motions and weaponry of the heroes. 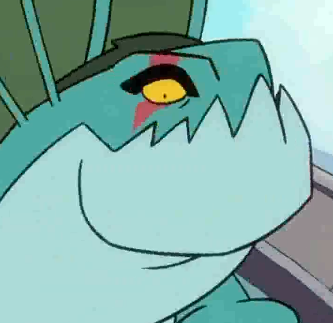 A beast who guarded a cave, and after attacking Mao Mao and Bao Bao, it led to the two breaking up as a duo and the former losing his tail. 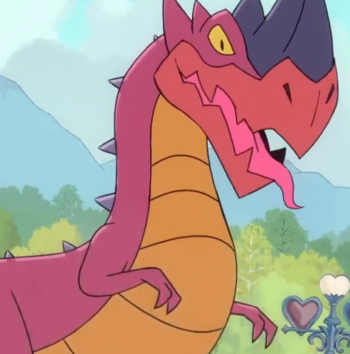 A large, T-Rex-like beast that attacks Pure Heart Valley in "I Love You Mao Mao". 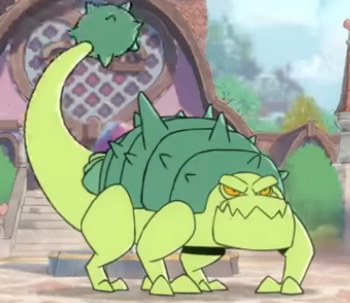 Lickasaurus
A massive dinosaur-like monster with a large tongue that tries to eat the Ruby Pure Heart... or at least taste it.
Jelly Monster 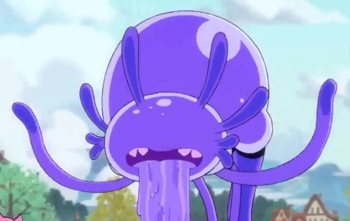 A disgusting, purple blob that spews out jelly from its mouth. Mao Mao and Badgerclops use its jelly to make tasty treats. 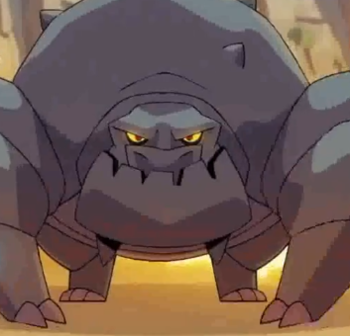 A particularly big, fire-breathing rock monster that lives out in the canyon. Wanders across and attacks Adorabat as she attempts to rekindle Mao Mao and Badgerclops' friendship. 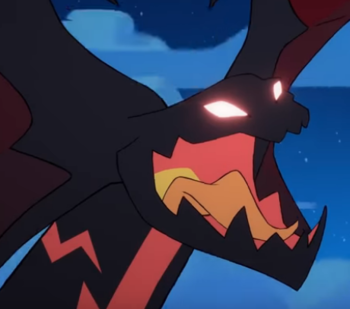 A large, terrifying beast that attacks Mao Mao and his crew, before taking their fight to Pure Heart Valley. 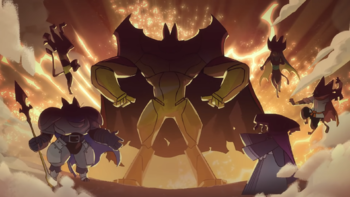 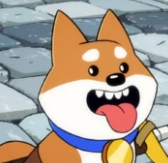 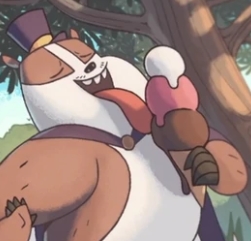 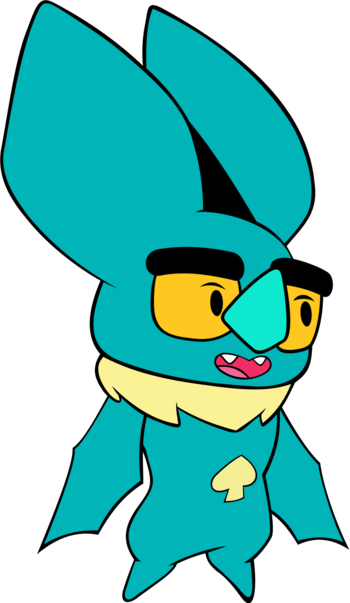