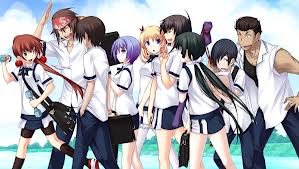 The Kazama Family are a group of nine friends led by Shouchi Kazama, with the protagonist being Yamato Naoe, the group's strategist. He has five potential love interests in the group as well as two other male friends and a Robot Buddy who tags along frequently enough to be considered a member. 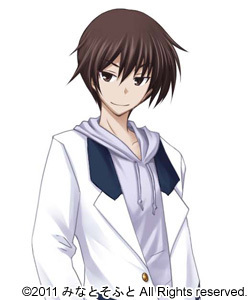 Voiced by: Hiroshi Kamiya (anime, Japanese) and Josh Grelle (English)
The protagonist of Majikoi, Yamato is the co-founder of the Kazama Family, but not the leader. Surprisingly for the protagonist of an eroge, he emphasizes trickery and blatant cheating over any semblance of honor. Despite this, he still cares deeply for his friends and is a good guy in overall.
Momoyo Kawakami
Voiced by: Yuu Asakawa (Japanese), and Carli Mosier (English) 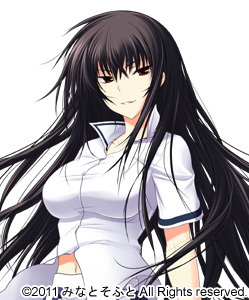 The heir to the Kawakami temple, Momo is possibly the strongest person alive. She receives endless streams of challengers, but they are never enough to sate her lust for battle. Apart from her Blood Knight tendencies, she mostly enjoys herself by flirting with other girls or teasing Yamato. She joined the Kazama family when the group realized they needed a stronger fighter in order to deal with a gang they were in conflict with. 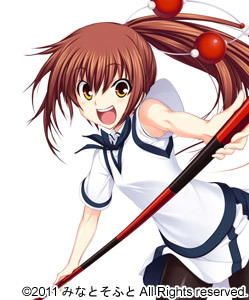 Kazuko, more frequently referred to Wanko, is Momoyo's adoptive little sister. As a child she used to be a huge crybaby and hasn't entirely shed those traits yet. She works extremely hard to fulfill her dream of becoming an assistant master at the Kawakami temple and supporting her older sister. She joined the Kawakami family when Kazama and Yamato noticed her hanging around them watching from a distance and invited her. She was later adopted into the Kawakami family to prevent an unqualified distant relative from taking her in. 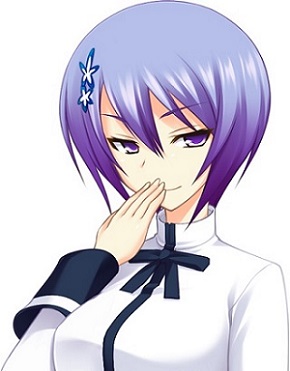 Miyako is, to put it bluntly, Yamato's stalker. After he saved her from bullying she has been quite openly in love with him. Unfortunately for her, it makes him kind of uncomfortable and he'd rather remain her friend. She joined the group when she protected the plant the other six were taking care of during a vicious storm. 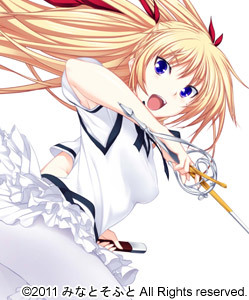 Chris joins the story shortly after it begins as a new transfer student. She has immense devotion to her father, a fixation on justice and chivalry, a gullible streak a mile wide and a rather excitable nature. Due to her disapproval of what she sees as cheap tricks, she and Yamato frequently clash. She joins the Kazama Family not long after moving into the town. In Majikoi A-1, she reveals her mom's name is Eva after Yamato reveals his parents' names. 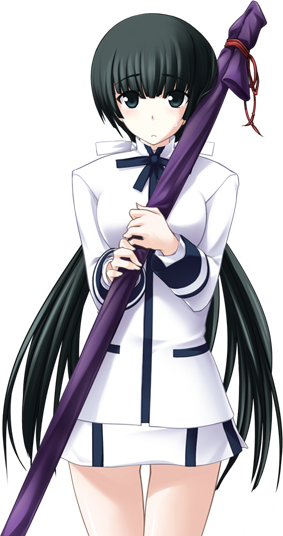 A first year student with terrible self-esteem, a cell phone strap as her best friend and a terrifying glare when nervous, Mayucchi desires friends more than anything else. Contrary to her meek behavior and appearance, she's actually a master swordsman. She joins the group shortly after the story begins when she finally musters the courage to ask the Kazama Family to be her friends. She later makes friends with a new transfer student, Iyo Oowada. 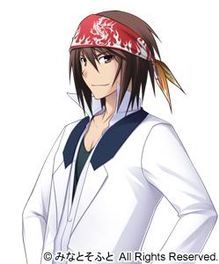 The actual leader of the group and co-founder alongside Yamato, Kazama is extremely impulsive and rather scatterbrained, but he also possesses immense charm, luck and recognition by the universe as the main character, which allows him to succeed despite the odds against him when the situation is sufficiently dramatic. He is quite popular with girls, but is entirely unaware of it as he's completely disinterested in them himself. 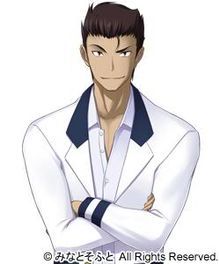 A large and musclebound student, Gakuto tends to receive little respect. He strives for strength and to get girls and achieves some success at the former and none at the latter. He joined the Kazama Family at the same time as Moro after a lengthy fight with Kazama. 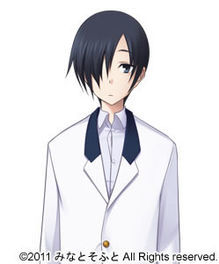 The final member of the Kazama Family, Moro is one of the few rational thinkers of the group. He is neither particularly popular nor unpopular which at least saves him from being the butt of gags like Gakuto. He was friends with Gakuto before joining the Kazama family and joined together with him.