The Kuki Corporation is the resident Mega-Corp that funds essentially everything in the series. While initially little more then a background element, newer versions of the game have fleshed out the organization considerably, to the point where an entire page is needed for all of the characters associated with it.

open/close all folders
The Kuki Family 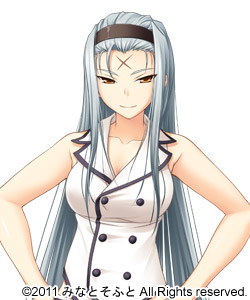 Ageha is a character returning from They Are My Noble Masters and has had something of a relevance increase both in the original Majikoi and the sequel. She is one of the Big Four and something of a rival to Momoyo, though clearly inferior in ability. She is the oldest of the Kuki siblings. 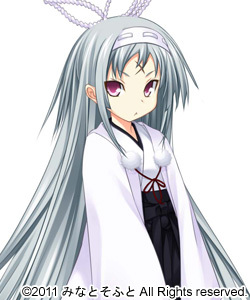 Youngest child of the wealthy and influential Kuki Family, and one of the new heroines in S. Is remarkably mature and detail-oriented in spite of being the youngest sibling, after Hideo and Ageha. 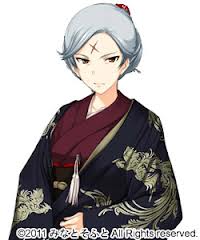 Matriarch of the Kuki family. An extremely strict and prideful woman, she can be very hard to get along with and is feared by basically everyone who meets her. While she does care for her children, she shows her loves by making them work constantly to become proper heirs to their prestigious family name. 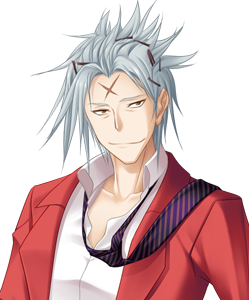 Head of the Kuki family and CEO of the Kuki Corporation, though he's almost always away. He's a lecherous slacker who doesn't take anything very seriously. 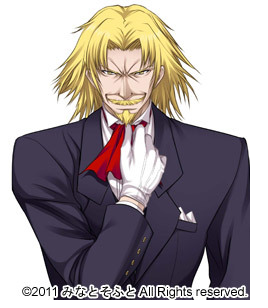 A battle-scarred, top-ranked servant and bodyguard of the Kuki Corporation, he's the personal butler to his employers Tsubone and Mikado Kuki, heads of the aforementioned corporation. During S, he acts as Monshiro's personal bodyguard while she attends Kawakami Academy. At other times, he acts as the Kuki Corporation's top enforcer, being sent after problematic individuals and sent to oversee important Kuki events and operations. He is one of the most powerful fighters in the setting, and that's saying a lot. 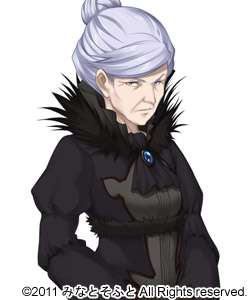 An elderly woman in charge of the Bushido Plan, which resulted in the cloning of several legendary heroes. She disapproves of younger people, believing they lack ability. 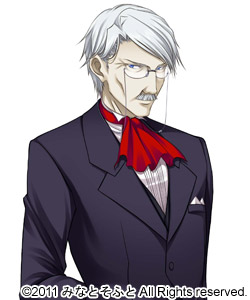 An elderly member the Kuki Corporation Servant Unit, ranked third behind Miss Marple, Azumi and Hume. In S, he occasionally accompanies Monshiro as her bodyguard when Hume is elsewhere. He is considered a perfect gentleman. 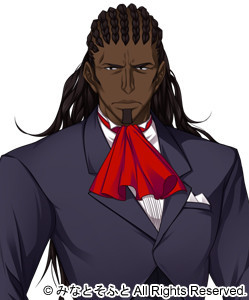 Zozuma is the rank 4 attendant, a big black man who spends much of his time in Africa. He's usually quite serious, but apparently has really strange hobbies and a terrible sense of humor. 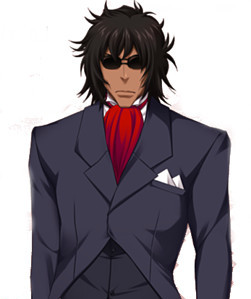 Dominguez is the rank 11 servant and a former bodyguard from Mexico. Though not a martial artist, he's very strong and resilient. While mentioned in passing occasionally, his first real appearance is in A-3 where he holds the position that will succeed Azumi as the top Kuki servant at the end of the year. Though he is unambitious and does not feel himself qualified for the position, he is also not willing to allow anyone to take the current position without a fight. 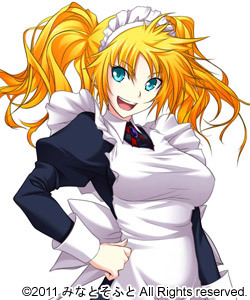 Stacy is the rank 15 attendant, a blond maid and former mercenary hailing from the streets of Miami. She was forcibly recruited into the Kuki corporation after she showed up to make fun of Azumi for becoming a maid only to be beaten by Hume. She's so American that she almost bleeds red, white and blue. 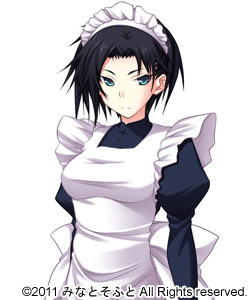 Lee is the rank 16 maid and a former assassin that once targeted Mikado. After being foiled, she was recruited into the Kuki corporation. Contrasting her former occupation, she's rather motherly and has an awful sense of humor. She isn't as strong as Stacy, but is very intelligent and a much more competent attendant. 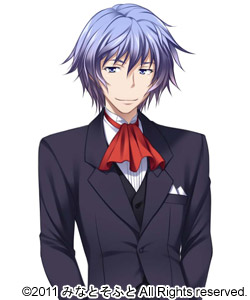 Koi is the ranked 42 butler of the Kuki corporation and one of the supporters of Marple's. He's fairly unpopular due to his slimy attitude and fixation on his mother. 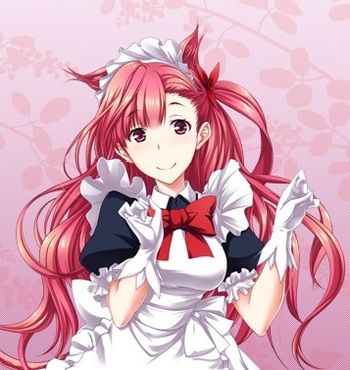 Sheila is a former mercenary and acquaintance of Stacy's. She's hired by the Kuki corporation at the beginning of Stacy's route and quickly climbs the ranks with her poison abilities after the new promotion system goes into effect. Though she acts cutesy, she's as poisonous as her powers. 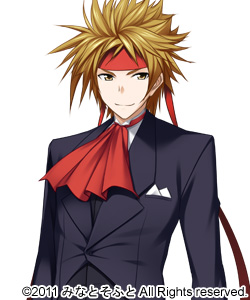 Ageha's butler and another carryover from They Are My Noble Masters. Ranked 999 of the servants of the Kuki Corporation, he is considered the weakest of them all and is only kept around due to sharing Ageha's rare blood type. Still, he's intensely loyal to his master and makes up for his lack of any skill with enthusiasm alone. 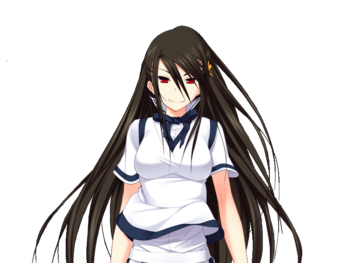 Haou (supreme king/overlord) is Marple's dragon, an extremely powerful and boisterous figure. She is the linchpin for the true Bushido Plan. 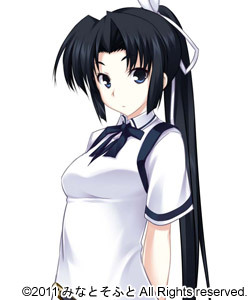 The ever formal, lightning fast warrior. A clone made by the Kuki Corporation, she was raised with Benkei and Yoichi from a young age, and acts as the leader of their group. 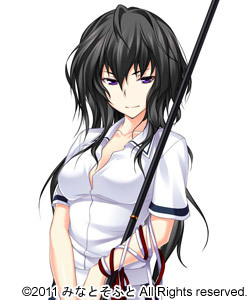 The busty and strong, laid-back and life-long companion of Yoshitsune and Yoichi. As a clone made by the Kuki Corporation, she's been Yoshitsune's closest friend since they were born, and is always making sure Yoichi reins in his idiosyncrasies, much to his chargrin. 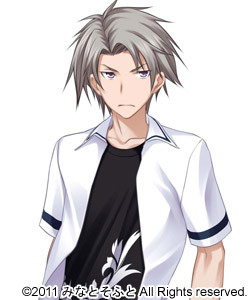 The paranoid, angsty but brilliant archer companion of Yoshitsune and Benkei. He's actually a clone made by the Kuki Corporation. Despite his apparent distrust, he's actually easily tricked or persuaded if you take the right attitude. 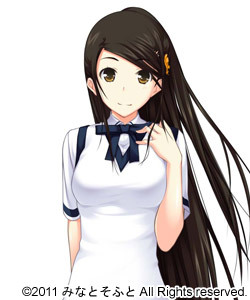 A book-loving girl that gets transferred to 3-S. She is also a clone, but Kuki executives keep her true identity quite secret, even from her. She will not know her true identity until she turns 25, but since she was instructed to study and enjoys it, she assumes she was probably a courtesan or writer contemporary to or slightly preceding the Genji trio.