(Played by Arif Erkin Güzelbeyoğlu)
At the beginning of the series, he was the Grand Vizier.
Ferhat Pasha
Beyhan Sultan's husband. 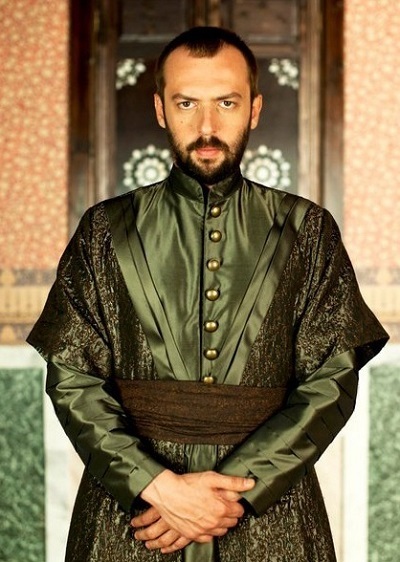 (Played by Okan Yalabık)
(Voiced by: Juan Manuel Echave [Latin American Spanish dub])
"I'm İbrahim, who was taken from Parga and was turned at the age of 10. What is it to be turned? Where does one turn to? Where is that place? Is it possible to turn back, or does destiny only point forward? Does the place you came from wait for you? Would you be able to see it? Would your heart be your compass? Would it be possible, to go back home by following your trails backwards? Or is one still seen only as a convert, in every place one has com from converted and changed, in every language and in every religion? Is conversion not an ability, but a necessity, İbrahim?"

İbrahim is Süleyman's oldest friend, and right hand—grand vizier for much of the story. İbrahim was kidnapped from Parga as a child, and after gaining Süleyman's favor, he rose high when Süleyman became sultan.