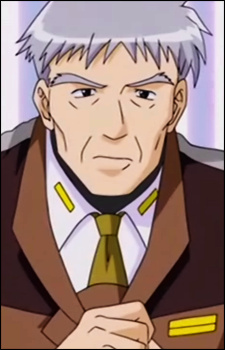 Subaru and Ginga's adoptive father, Quint's husband, a Major and leader of the 108th Battalion, where Hayate served at some point between the airport fire and the present. After the Grand Finale of StrikerS, he adopts Cinque, Nove, Dieci and Wendi into his family. 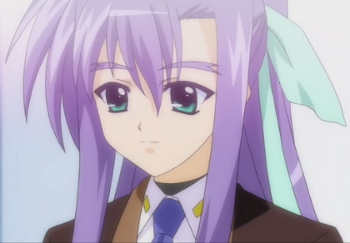 She is the late adoptive mother of Ginga and Subaru Nakajima, as well as the wife of Genya Nakajima. She was, along with Megane Alpine, also a member of Zest Grangaitz's team that investigated the Combat Cyborg Incident. Like most members, she died during the battle against the Numbers and the Type IV Gadget Drones eight years before the beginning of the story. 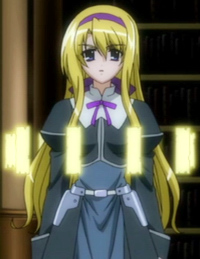 The leader of the Belkan Saint Church. She is a close friend of Hayate, whom she views as a younger sister. During StrikerS, Carim is one of Riot Force Six's sponsors, along with Chrono and Lindy. 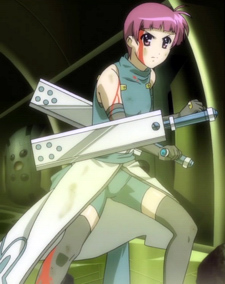 Carim's personal assistant and a nun in the Saint Church. She is also friends and sparring partners with Signum. She has an Armed Device in form of Dual Tonfas called Windenschaft. She is also the mentor of Sein and Chantez Arpinion, both of them being once defeated by her.

Mira is a member of the Wildlife Preservation Corps on Supools and one of Caro and Erio's superiors.

Mira's partner in the Wildlife Preservation Corps on Supools and a collegue of Caro and Erio. 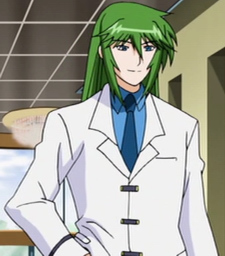 An inspector for the TSAB. He was adopted into Carim's family in his childhood, and is also good friends with Chrono and Hayate. He has the rare Ancient Belkan skill known as Unendlichjagdnote Infinite Hunt, which summons magical dogs that can be used for reconnaissance and combat. 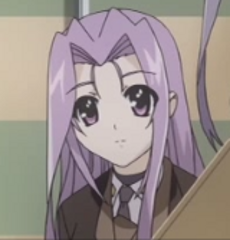 She's Lutecia's mother, and was, along with Quint Nakajima, a member of Zest Grangaitz's team during the Combat Cyborg Incident. Unlike her comrades, she survived the ambush but fell into coma and was captured by Jail Scaglietti, who used her to bargain with her daughter Lutecia. Her daughter's mission was to locate Relics for Scaglietti and in return, she is allowed to keep the one that, so Scaglietti explained, would "revive" Megane (specifically, number 11). She finally awakened after the JS Incident, having spent eight years comatose, and was placed in rehabilitation on Carnaaji, watched over by Lutecia and her summons. 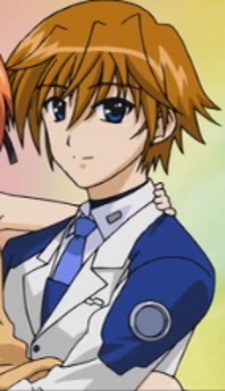 He's Teana late older brother and was a captain of the Capital Air Force, who hoped to become an Enforcer. After their parents died in an accident, he raised his 11-years-younger sister by himself, but Tiida was presumambly killed during his last mission where he failed to capture a wanted mage. His superiors later criticized him, calling him a failure and saying that he should have apprehended the criminal even if it cost him his life. Tiida's death traumatized Teana, who enlisted in TSAB to prove to everyone that the bullets of the Lansters are not to be taken lightly.

A member of Genya Nakajima's Battalion 108 and Ginga's superior. 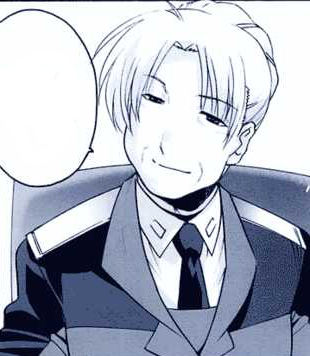 "The meaning of strength, the reason why you two lost to me. Well then, here's my question."

Fern Corrado is a character who only appears in the StrikerS supplementary manga. A female major and the superintendent of the Fourth Ground Forces Academy, where Subaru and Teana attended in 0072. Before she was given a position at the Academy, Fern was member of the Aerial Tactical Instructor Corps. She trained Nanoha and Fate and defeated them in a mock battle fairly easily at least once. 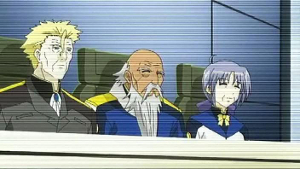 The "Three Legendary Admirals" of the TSAB, Leone Phils, Largo Kiel and Midget Crowbel, who took over the leadership of the Bureau after the TSAB High Council's official retirement.

Note: This section is for tropes introduced before ViVid. For the rest, see Vivio's entry in the ViVid character sheet. 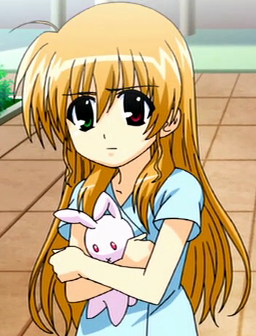 A Mystical Waif originally found by the Forwards crawling out of the sewers while chained to a case containing a Relic. She wakes up looking for her mama and, before long, comes to identify Nanoha and Fate as her mother figures. However, she is later gets kidnapped by Jail and his Numbers and it is revealed that she was is the clone of the Saint King note (Seiō) (of the gender-neutral kind) of Ancient Belka. In the final battle of StrikerS, she is forced by Quattro to fight Nanoha against her will. Eventually, mother and daughter are reunited after Nanoha unleashes her most comprehensive befriending to date. Thereafter, Nanoha formally adopts Vivio.

By StrikerS Sound Stage X, she is a librarian of the Infinity Library, and is being taught magic by Yuuno. In spite of their involvement with her kidnapping, she has become great friends with Lutecia and the reformed Numbers. At the end of the Sound Stage, she makes friends with Ixpellia, a ruler from Ancient Belka.

Vivio is the main character of the ViVid manga and a member of Team Nakajima. 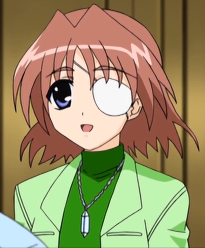 Vice's little sister, who was once taken hostage by a criminal and her brother, then a sniper for TSAB, shot her accidentally in her left eye six years ago. Although the situation was resolved and Laguna's eye was healed (presumably, cybernetically), his mistake made Vice doubt himself and give up the sniper career. Before the final confrontation of StrikerS, Laguna seeks Vice out to tell him that she has long forgiven him and to give him strength to return to battle.

From left to right:Liera and Karel.

They are Chrono and Amy's children and fraternal twins. They haven't any appearance in the franchise beyond a single family photo, it's only known that they live in the Harlaowns' house together with their parents, grandmother Lindy and the Familiar Arf. In StrikerS, they are only three years old.