Balbadd is part of the Northern Oasis Countries and is located near the seas, making Balbadd a great trading nation as it was known to trade with countries such as Sindria and the Western Parthevia. Its Capital is Balbadd City.

In General
A band of thieves within Balbadd, led by Alibaba, Cassim, Hassan, and Zaynab. They steal from the rich and give to the poor, so they are loved by the populace and start to become a huge problem for the Balbadd nobility. 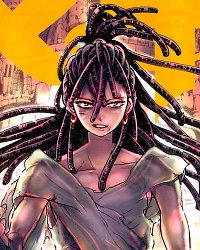 Alibaba's old friend who was raised alongside him by Alibaba's mother. After years of living in the slums and the death of his sister, he becomes fed up with the government and persuades Alibaba to team up with him against the king when the two reunite during the six month time skip.

A couple who are part of the Fog Troupe. They have been part of Cassim's gang since childhood, and so they have also known Alibaba since then.

Tropes that apply to Hassan:

Tropes that apply to Zaynab: 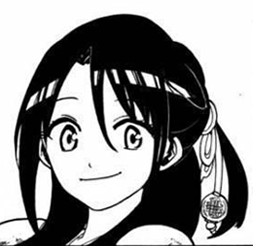 Alibaba's mother, she is described as a "kind and cheerful person" by him. She adopted Mariam and Cassim after their father disappeared. Before becoming a prostitute, she worked as a maid at Balbadd's palace. There she met and fell in love with the king, Rashid, with whom she had Alibaba. 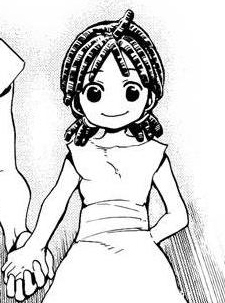 Cassim's younger sister. Her eventual death, caused by illness and hunger, drove Cassim to seek revenge against the country.

The 22nd King of Balbadd, the late father of Ahbmad and Sahbmad. He was a mentor to Sinbad, teaching him how to be a good merchant, and later a king. He is also Alibaba's father. 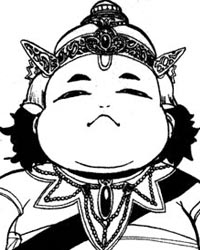 The current King of Balbadd. He is eventually forced to step down from the throne, and is now exiled to an island in the southern sea. 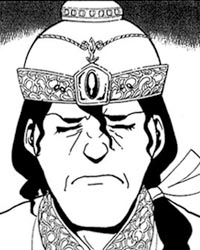 The very shy Deputy King of Balbadd. Once his brother is forced to abdicate, he rejects getting the throne as he wishes and considers Alibaba to be more fit to be the next King. He joins his brother in his exile and they both study together about the Torran language.

Barkak is the Right General of the Royal Army of Balbadd. Barkak is a master of the "Royal Swordplay".

The Aktia Kingdom is a small coastal country. Its port is an important point of contact between the Eastern and Western Continents.

The leader of the pirates who robbed ships and their valued contents near the Aktia Kingdom's port. The pirates were mostly made up of young children she kidnapped and brainwashed with her Magic Tool, "Holy Mother Halo Fan". 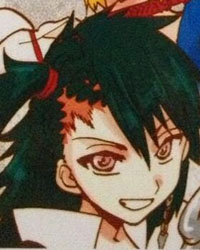 The leader of Aum Madaura's "pirate children", he is devoted to their mother and considered to be the "Big Brother". After his defeat and Aum Madaura's death, Alibaba sends him and his siblings to Sindria, hoping that they could find a better life for them. When we see him again after the Time Skip, Olba has become more open, cheerful and adores Alibaba for giving him a second chance. 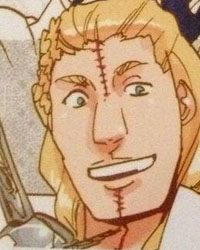 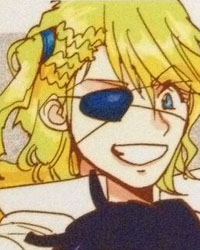 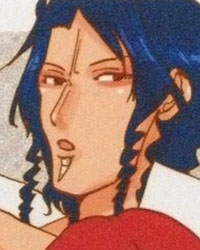 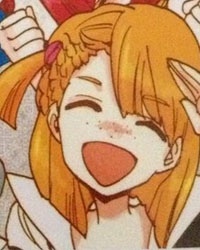 Two merchant girls Aladdin meets at the start of his journey.Tropes that apply to both:

Tropes that apply to Leila:

Tropes that apply to Sahsa:

A wealthy merchant who works under Jamil.
Jamil

A slave serving under Jamil. Originally a member of the Kouga Clan.
Chagan Shaman

The Elder of the Kouga Clan, an old woman with the power to see the mysterious force known as "Rukh", and tells Aladdin that he is a Magi.
Dorji and Toya

Members of the Kouga Clan who befriend Aladdin. Toya is Baba's granddaughter, and Dorji is the one who found Aladdin unconscious and brought him to their village.

A slave trader who partners up with a band of thieves. 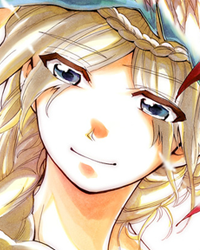 One of the four current Magi, along with Scheherazade, Judar, and Aladdin. A wanderer who does as he pleases, currently living in the Great Rift on the way to the Dark Continent. Raised the first dungeon, Baal, 14 years before the start of the series, though he has never chosen a King Candidate.