The main characters of the story. 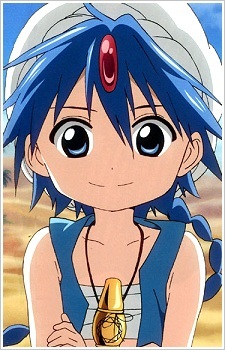 The protagonist of the series. Started the series travelling around the world alongside his Djinn, Ugo. He is one of the Magi chosen to select king candidates. He knows very little about himself beyond that. He is aged around 10 at the beginning of the story. 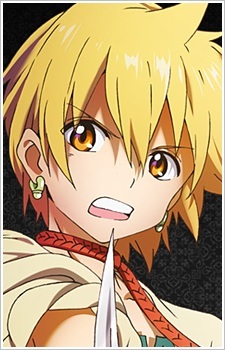 The Deuteragonist of the series. He meets Aladdin while in charge of a caravan and decides to go travelling with him. He is also the third prince of Balbadd and the king's illegitimate son, and fled the city after a major disaster at the castle that he was responsible for. Aged 17 at the beginning of the story. 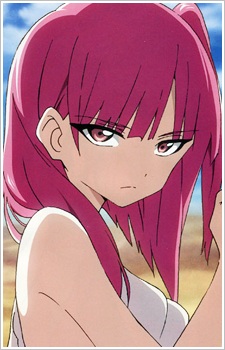 At the start she is one of Jamil's slaves. She is originally from the Dark Continent and a member of the Fanalis Tribe. Aladdin and Alibaba help to free her from captivity and she eventually reunites with them after a six month time skip. Aged 14 at the beginning of the story. She is a very smart and quiet girl. 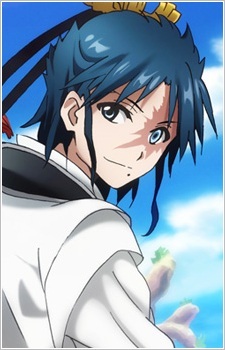 Fourth Prince of the Kou Empire, he is the younger brother of Hakuei. He meets Aladdin and the others later during his stay in Sindria. Aged 16 at the beginning of the story. In the manga, he eventually becomes the Fourth Emperor of the Kou Empire.