A country now ruled by magicians, it was formerly known as the "Musta'sim Kingdom". It once had an elaborate Wizarding School, but when the magicians decided they were no longer just the royal family's tools, they revolted and overthrew the kingdom. Now they are one of the major powers of the world, but not all is as it seems. Princess Dunya Musta'sim was once part of the royal family. Yamraiha studied there as a child and the Chancellor was her adoptive father. 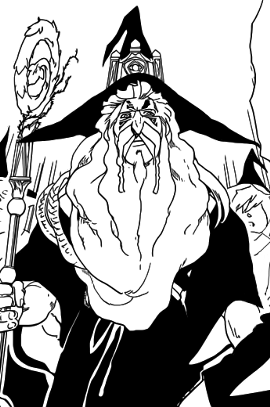 The Chancellor of the Magnostadt Magic Academy. He may be behind the "abnormalities" in Magnostadt, especially because he helped depose the Musta'sim Royal Family, though he also seems to be a nice person. 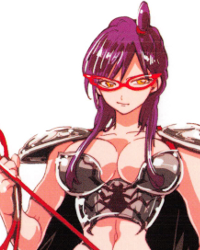 Voiced by: Kikuko Inoue (Japanese), Laura Post (English)
Doron
A Magician and enforcer of Magnostadt Academy. He and his sister, Myers are the only know magicians to use whips instead of the common staff to perform magic.
Voiced by: Takuya Matsumoto (Japanese), Ray Chase (English) 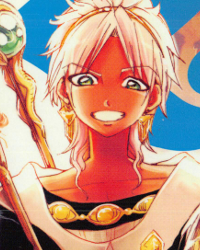 Aladdin's classmate and roommate at the Magic Academy, and the heir of an impoverished, noble family from Heliohapt. After Titus succeeds Scheherezade's position as the Reim Empire's magi, Sphintus and his entire family move there to serve as Titus's magicians doctors. 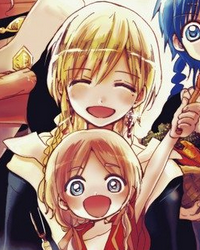 One of Aladdin's classmates at the Magic Academy, who originally came from Reim. With Aladdin, he is the top student at the school, and also like Aladdin, was sent on a mission to find the "abnormalities" of Magnostadt. He is working under the Magi Scheherazade.

Voiced by: Yoshitsugu Matsuoka (Japanese), Johnny Yong Bosch (English)
Sai Lin
One of Aladdin's fellow classmates, who came from the Kou Empire. She starts off as a 6th Kodor like Aladdin, but is able to move up to 2nd in her first test. Her name was revealed by the "Magi Official Guidebook".
Voiced by: Shiho Kokido

Nero
He is a Magician from the Reim Empire that is studying in Magnostadt. He was in the 6th Kodor with Aladdin and Sai Lin. His name was revealed by the "Magi Official Guidebook".
Voiced by:Yuichi Karasuma (Japanese), Tom Bauer (English) 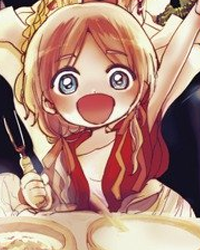 A child from the 5th Level Authorization District who Titus takes under his wing.

Voiced by: Aya Suzaki (Japanese), Brianna Knickerbocker (English)
Sana
Sana was the daughter of Matal Mogamett, and she was born a magician just like both of her parents.
Voiced by: Ai Kakuma (Japanese), Kira Buckland (English)