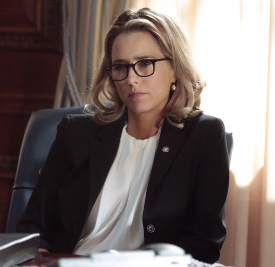 The eponymous "Madam Secretary", Elizabeth McCord was a high-ranking officer in the Central Intelligence Agency in the 2000s under then-DCI Conrad Dalton. After leaving the agency for academia, her former boss became president, and after the premature death of Secretary of State Vincent Marsh he taps her to replace him. 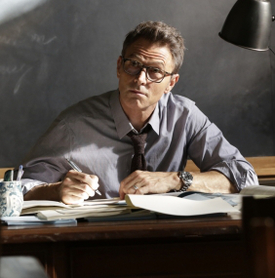 "When everything seems to be lacking in integrity, you find it in yourself."
Played by: Tim Daly

The son of a steelworker, and a former US Marine Corps naval aviator and operative for the NSA, Henry McCord is Elizabeth's husband and closest confidant. A world-renowned professor of theology with a strong moral code he will not compromise lightly, he sometimes clashes with his wife when he believes either she or the government is doing something unethical. Initially teaching at Georgetown, at the beginning of season 2 he moves to the National War College, and eventually starts working for the CIA. 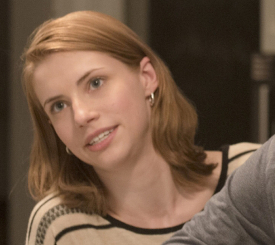 "Could you guys not spycraft me before 8 AM?"
Played by: Wallis Currie Wood

The eldest of the McCords' kids, Stevie doesn't appear until the second episode, when she drops out of college after causing a stink on campus by organizing a protest. She had asked that her existence be kept quiet because she didn't want to deal with her mother's new fame as Secretary of State. 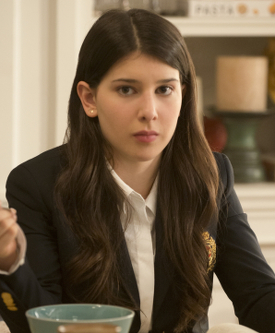 The middle McCord sibling. The "responsible" one. 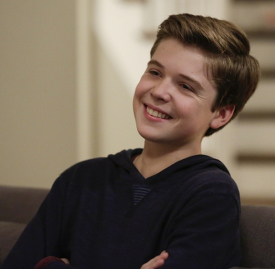 The youngest McCord sibling, and a self-proclaimed anarchist who doesn't like his mom's politics, but absolutely loves his mom. 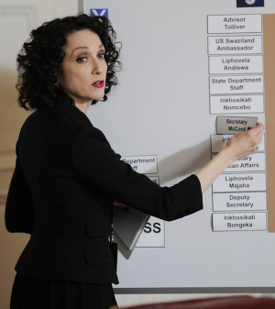 Elizabeth's chief of staff through the early part of season four. 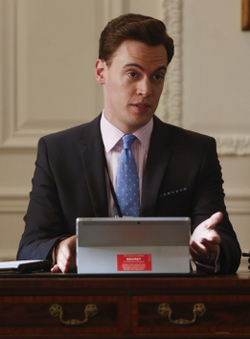 Elizabeth's personal assistant at State, who is forever trying to beat Russell Jackson to her office. 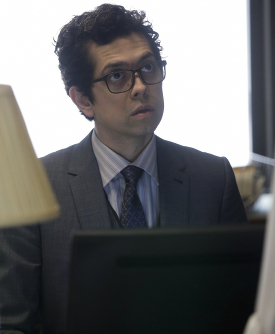 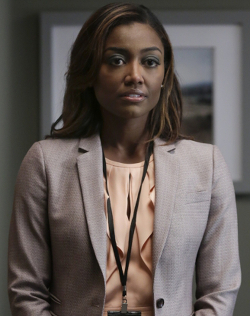 "There are three words that can never go together in this town: 'boss', 'internship', and 'sex'."
Played by: Patina Miller 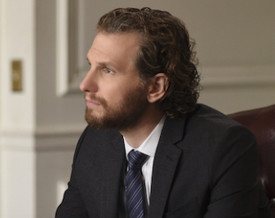 Elizabeth's policy advisor for the first three seasons, and her chief of staff starting in season four. 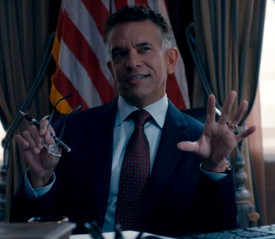 "So it goes."
Played by: Brian Stokes Mitchell

Elizabeth McCord's predecessor as Secretary of State, who is already dead when the series begins. Ambitious and unethical, he was known to be planning to challenge his boss in their party's primary election. 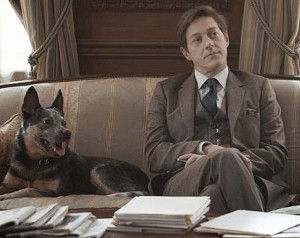 He's the one on the right.
Played by: Kevin Rahm

A staffing consultant and political fixer with an abrasive manner and a dog he brings everywhere with him. Liz brings him into the State Department in "Whisper of the Ax" after Senator Caruthers blindsides her with a corruption scandal in the microloan program. 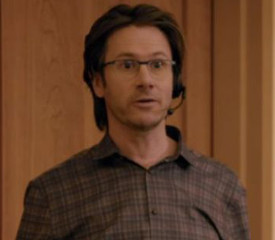 The administrator of a microloan program run by the State Department, he hires Stevie McCord as an intern during a corruption scandal at the agency.

A state department employee and expert on matters involving nuclear proliferation. He is consulted repeatedly whenever the matter of nuclear weapons in terrorist hands comes up.

Kat is Elizabeth's policy advisor from season four and former Chief of Staff to the US Ambassador to the UN. 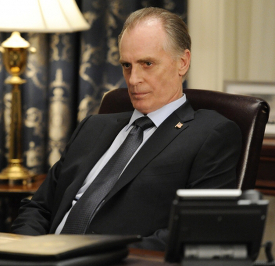 "This isn't just my legacy, Bess. It's ours."
Played by: Keith Carradine

The Director of Central Intelligence under a previous president and boss to Liz, Juliet, Munsey, and George, and now the president. Dalton had wanted Liz for his Secretary of State from the beginning but the party convinced him to go with Vincent Marsh instead. Halfway into his first term, Marsh dies in a plane crash and he taps Liz to replace him. 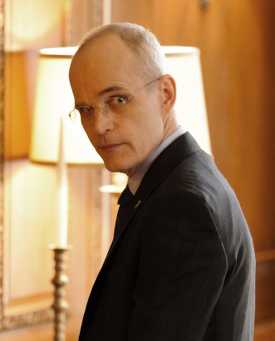 Chief of staff to President Dalton. Often clashes with Elizabeth when her (typically altruistic) foreign policy aims don't mesh with the Oval Office. 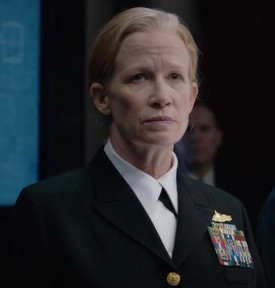 A US Navy admiral and the Chairwoman of the Joint Chiefs of Staff. 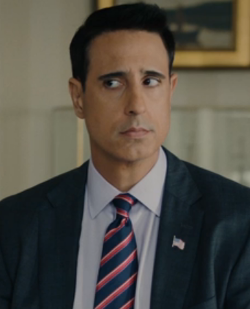 The new National Security Advisor in Season Two, and an old rival of Liz. 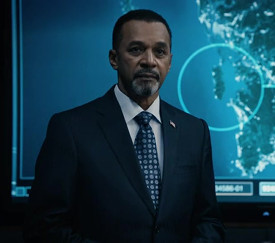 The Director of National Intelligence. First appears in "Lights Out". 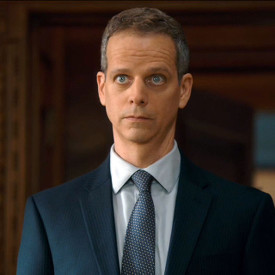 The Director of Central Intelligence in season 1. He was a coworker of Liz and President Dalton when they were all at the agency.

One of Liz's old circle of friends at the Company. Turns up dead at the end of the pilot after becoming convinced that Secretary Marsh's death wasn't an accident.

One of Liz's old circle of friends at the Company. Helps her investigate the deaths of Vincent Marsh and George Peters. 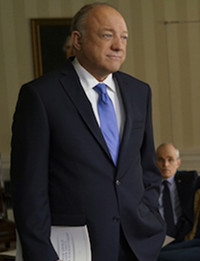 Dalton's second CIA director in the series, introduced in "Left of the Boom". 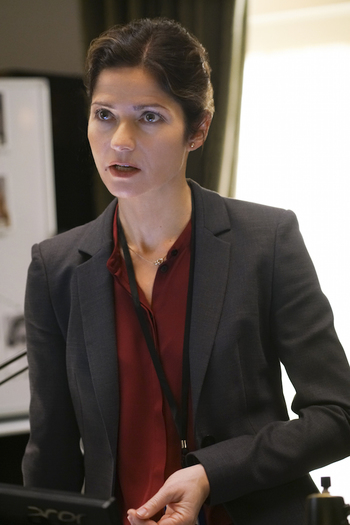 Introduced in "The Show Must Go On" as an officer of the Defense Intelligence Agency, she recruits Henry into DIA to turn one of his Russian students into a US mole. Later, she joins him as a coworker at Murphy Station.

Other US Government Characters 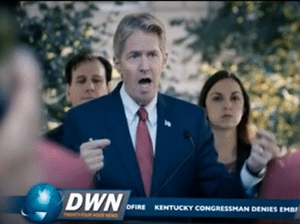 Governor of Pennsylvania and President Dalton's main election opponent in season 3. Evans defeats the incumbent Dalton in a primary challenge, but Dalton refuses to step down and instead runs for his second term as an independent.

A Cuban-American senator from Arizona, introduced in "Hijriyyah". 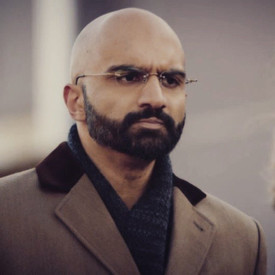 "There are forces in both of our countries trying to foment war. Once, at the Canadian Embassy, we found a way to defeat them. I would like to believe that by working together we can do so again."
Played by: Usman Ally

The Foreign Minister of the Islamic Republic of Iran, and a moderate by Iranian standards.

The President of the Russian Federation. Basically a Vladimir Putin reskin. 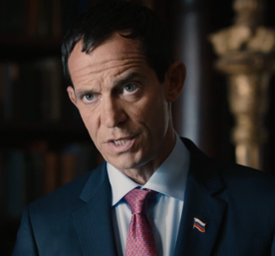 The Russian foreign minister. Like Zahed Javani, a relative moderate compared to his boss. 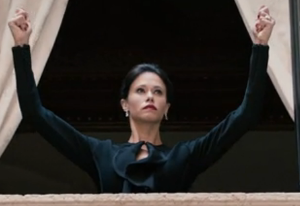 "Take this message to your president, Secretary McCord. Russia is not afraid of you."
Played by: Angela Gots

Formerly the First Lady of Russia, she proves a Bitch in Sheep's Clothing and claims her deceased husband's job at his funeral.

A Russian Army captain of Georgian descent studying under Henry McCord at the National War College. Henry recruits him as a mole in exchange for cancer treatment for his sister.

A general in the Russian military intelligence agency GRU, he appoints Captain Petrov as his aide after his return to Russia. 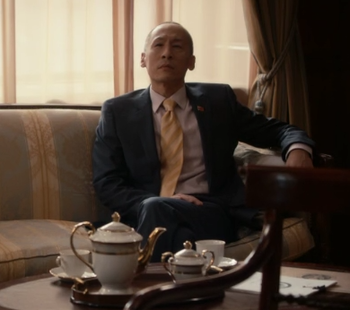 "I lived through the Cultural Revolution. My father was not so lucky. Idealism kills. Mutual interests save lives."
Played by: Francis Jue

The President of Ukraine and an ally of the United States out of justified fear of Russian aggression. 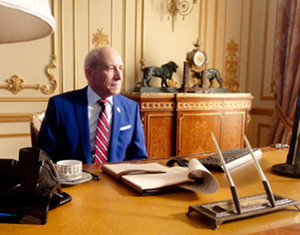 The new nationalist President of France in "The French Revolution".

An Islamic extremist group active in North Africa in the latter part of season 2 and early episodes of season 3. Murphy Station is established to eliminate them.
Jibral Disah 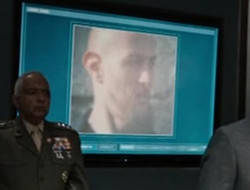 The self-proclaimed caliph of HS.

The Covenant of John