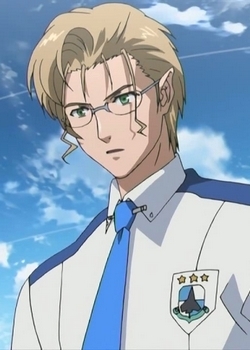 Alto's high school classmate and friendly rival, Mikhail's one of his closest friends who knew of Alto's reputation as a kabuki actor. Outside of school, he's an excellent marksman and the designated sniper of Skull Squadron with callsign "Skull-2" with the rank of Second Lieutenant, piloting a blue VF-25G Messiah (gunner/sniper variant). Mikhail's motto is to always acquire his targets, be it an enemy or a woman, which maintains his reputation as a considerable ladies' man. He initially expresses doubt over Alto joining the S.M.S., stating he's using it as an excuse to further retreat from his family. In normal attire, he wears corrective glasses, but dishes them once in combat. Notably, Mikhail's ears are pointed, although whether this is a simple genetic quirk or the result of some degree of Zentradi lineage is never explained.

Mikhail's parents died when he was a child, leaving him with his older sister Jessica, who served in the military, and Zentran childhood friend Klan Klang. Unfortunately, Jessica commits suicide after an investigation and court-martial, whereupon she's accused of shooting her superior officer (and her lover) during combat. Ultimately, he joins the S.M.S. to investigate whether his sister's suicide was justified. 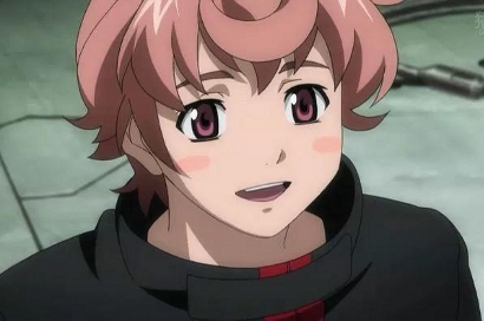 Alto and Michael's junior classmate, Luca's often frustrated his seniors give him a hard time, even though they're studying in the same classes. He's a genius with computers and military electronics, as well as serving in the S.M.S. Skull Squadron as "Skull-3". Luca pilots a green RVF-25 Messiah (reconnaissance version), but he's customized it to have three AIF-7S (QF-4000) Ghosts (hich he calls Shimon, Johanne and Petero, or simply Simon, John and Peter) that respond to his verbal commands and support him. His penchant for naming objects with Biblical names extends to his EX-Gear, which he dubs "Samson". He's also the heir to the L.A.I. corporation, a manufacturing company for the military, with near unlimited access to exotic, prototype technologies. Throughout Macross Frontier, it's strongly hinted he has a crush on his classmate Nanase Matsuura. 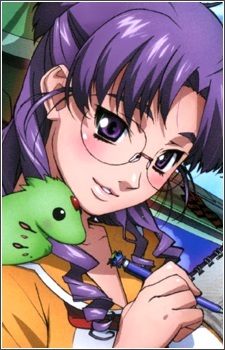 Another classmate of Alto, Michael and Luca, Nanase Matsuura is also Ranka Lee's best friend. A shy, quiet and voluptuous girl with glasses, she also works in the same "Nyan-Nyan" restaurant as Ranka and supports her dream of becoming a singer. Nanase's a skilled artist and was hired by Grace to become Ranka's costume designer.