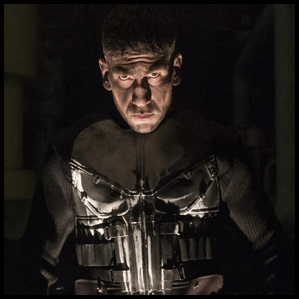 "Well, loss doesn't work the same way for everybody, Red. We don't get to pick the things that fix us, Red. Make us whole. Make us feel purpose. My moment of clarity? It came from the strangest of places."

A former Lieutenant in the United States Marine Corps, Frank Castle is now a vigilante waging a one-man war on crime to avenge the death of his family.