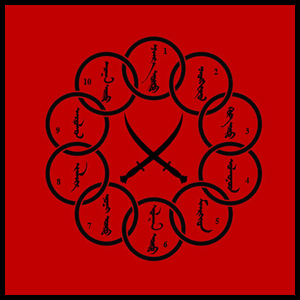 Appearances: Iron Man | Iron Man 2 | Iron Man 3 (impostors only) | All Hail the King | Ant-Man | Shang-Chi and the Legend of the Ten Rings

An international terrorist organization led by the enigmatic Mandarin. Despite the scale and scope of their activities, their motivations have remained largely a mystery, even to S.H.I.E.L.D.

Appearances: All Hail the King (mentioned only) | Shang-Chi and the Legend of the Ten Rings

"So, you mean to tell me that you don't know the history of the Mandarin himself. He was a warrior-king. Inspired generations of men through the Middle Ages, perhaps even further back in time."
— Jackson Norriss

The Mandarin is the mysterious leader of the Ten Rings terrorist organization that menaced Tony Stark in Iron Man. Though Aldrich Killian's scheme to use the Mandarin's image in Iron Man 3 made it seem that he was a mere fabrication, the Marvel short All Hail the King reveals that he is indeed real. Jackson Norriss claims he was ordered by the Mandarin to break Trevor Slattery, the fake Mandarin, out of prison, evidently so the Diabolical Mastermind can punish his impostor personally. 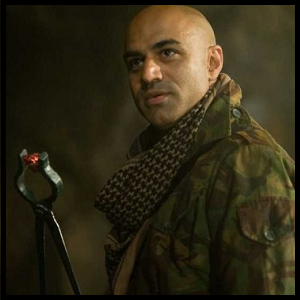 "Tony Stark has created the ultimate weapon: a masterpiece of death. A man with a dozen of these could rule all of Asia."

"Whoever holds the weapons manufactured by Stark Industries rules the world... and soon, it will be my turn."

A major commander in the Ten Rings. He was hired by Obadiah Stane to kill Tony Stark (without really knowing it was Stark to begin with). Upon finding out that they in fact had the Tony Stark in custody, Raza got greedy and ambitious. It didn't end well for him. 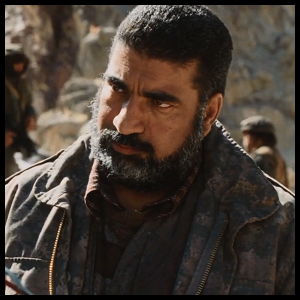 A high ranking member of the Ten Rings, who's eager for Stark to assemble them a Jericho missile. Omar (on the left) and Ahmed (on the right) escorting Raza (in the center).

Two members of the Ten Rings who are often seen accompanying Abu Bakaar and Raza.

The other members of the Ten Rings working for Raza in Afghanistan. A member of the Ten Rings installed in Russia. He helps Ivan Vanko to travel to Monaco to confront Iron Man by providing him with false documents. 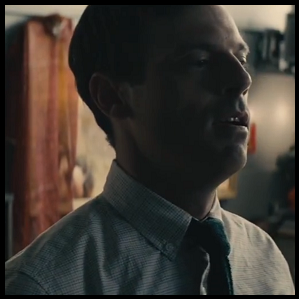 "You're right, and for that sin you'll soon suffer horribly with a hole in your body for every ring of our faith."

Appearances: All Hail the King

"My name is Jackson Norriss. Today will be the most important of my career: my final interview with the most infamous man in America. A man that the world thought was a terrorist called the Mandarin, but is now alleged to be nothing but an actor. Thus far, the subject has been evasive and apparently oblivious to the point of my work. In fact, he seems oblivious to pretty much everything, except his own growing celebrity status, because now the whole world knows his name..."

A member of the Ten Rings posing as documentary filmmaker to get close to Trevor Slattery at Seagate Prison. A member of the Ten Rings affiliated with HYDRA. He accompanies Mitchell Carson during his purchase of the Yellowjacket suit, and gets confronted to Ant-Man.

See the MCU: Other Supervillains page.