Main Character Index > Other Individuals and Organizations > Others 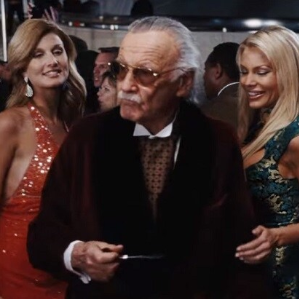 "Superheroes? In New York? Give me a break!"

A pioneer of the comic industry, and the creator or co-creator of most of the characters so far featured in not only the Marvel Cinematic Universe, but also the X-Men, Spider-Man and other non-Disney film and franchises. Much like Alfred Hitchcock, it became a tradition for Stan Lee to make cameo appearances in most movies or TV series based on Marvel Comics, MCU and otherwise—up until his death. 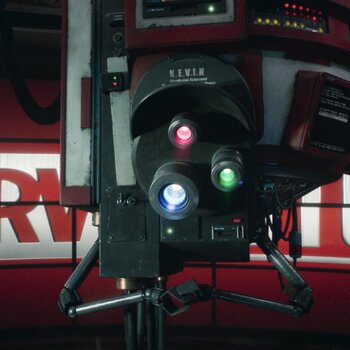 "I possess the most advanced entertainment algorithm in the world, and it produces near-perfect products."

K.E.V.I.N.: Were you expecting a man?
Jen: Yeah. Why would I expect a giant AI brain and not a man?

The true mastermind behind the Marvel Cinematic Universe, an AI capable of creating "near-perfect" stories.

An old S.H.I.E.L.D. program intended to create robotic duplicates to serve as assassination targets. Though scuttled before the re-emergence of HYDRA, Dr. Holden Radcliffe was able to restart the program thanks to technological advancements by Agents Leo Fitz and Jemma Simmons.

An android duplicate of Holden Radcliffe, created to act as a decoy to avoid capture.

An android duplicate of Agent Alphonso Mackenzie, created to infiltrate S.H.I.E.L.D. as part of Radcliffe's plans to replace the entire organization with LMD duplicates.

An android duplicate of Director Jeffrey Mace, created to infiltrate S.H.I.E.L.D. as part of Radcliffe's plans to replace the entire organization with LMD duplicates.

A virtual recreation of the real-world organization of the same name inside the Framework simulation. The history of the virtual HYDRA followed the history of the real-world HYDRA up until S.H.I.E.L.D.'s mission in Bahrain, where Melinda May saved Katya Belyakov instead of killing her. As a result of May's actions, S.H.I.E.L.D. brought Katya back to the United States, where her abilities of sensory manipulation caused a massacre at a school in Cambridge, Massachusetts. The massacre and the subsequent shutdown of S.H.I.E.L.D. led to HYDRA revealing itself to the world before conquering the entire planet, creating a fascist new world order.

The Framework counterpart to the real Alistair Fitz; a high level member of HYDRA. For tropes related to the latter go to the Citizens page.

The Framework recreation of the real HYDRA scientist and supervisor.

The Framework recreation of the real HYDRA agent, already deceased in this virtual reality and posthumously hailed as a hero.

The Framework recreation of the real HYDRA agent. Here, he is in charge of the organization's propaganda program The Bakshi Report.

The Framework recreation of the real HYDRA leader, here a public figure celebrated for discovering the polio vaccine.

Portrayed By: Titus Welliver note (see The Ghost below)

The Framework recreation of the real S.H.I.E.L.D. agent turned Watchdogs leader, here a public figure celebrated as a HYDRA hero for founding the Humans First Movement .

A colleague of the Framework's versions of Skye and Ward.

A virtual recreation of the real-world organization of the same name inside the Framework simulation. Much like its counterpart, it collapsed due to long-term infiltration by HYDRA but reformed into an underground Resistance aimed at taking down HYDRA. 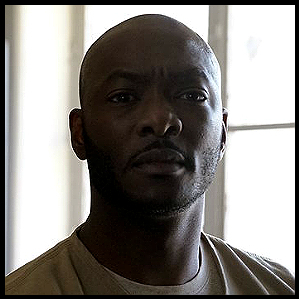 A virtual recreation of the real-world person of the same name inside the Framework. He fought for S.H.I.E.L.D. under the leadership of the Patriot, and was tasked with working undercover in HYDRA to gain intel.

A virtual recreation of the deceased daughter of Alphonso "Mack" Mackenzie.

A student of Coulson's class.

A student of Coulson's class.

A virus contracted by a Variant of Janet van Dyne in the Quantum Realm, which quickly decimated her Earth.