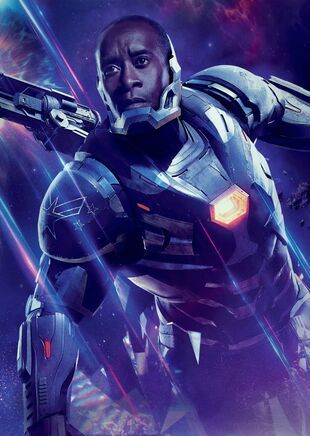 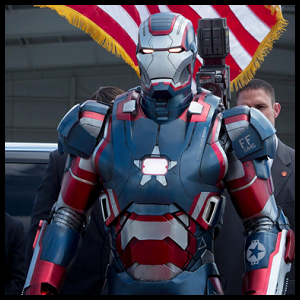 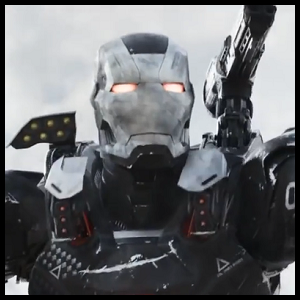 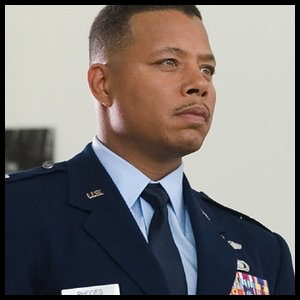 to see him as played by Terrence Howard

"138 combat missions. That's how many I've flown, Tony. Every one of them could've been my last, but I flew 'em. Because the fight needed to be fought."

Tony Stark's best friend, and military liaison to Stark Industries. A full-bird Colonel by the events of Civil War, Rhodey is a seasoned pilot and skilled marksman with dozens of missions to his name.

In combat, Rhodey uses a modified (read: covered with guns) version of Iron Man's Powered Armor as War Machine. He serves as the poster boy hero for the United States government, but comes to eventually join the Avengers after a major reshuffle of the team. 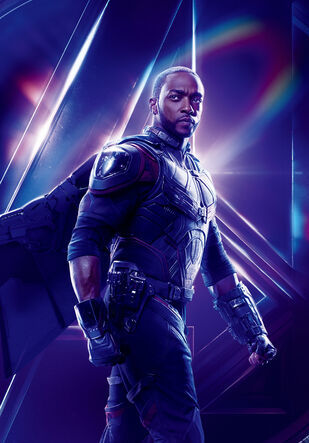 "I just want to make sure we considered all our options. The people that shoot at you usually wind up shooting at me."

A counselor for a support group at the Washington D.C. Veteran's Army hospital who was formerly with the USAF Pararescue unit. Sam Wilson and Steve Rogers almost literally ran into each other one morning, and struck up a fast friendship over their shared experiences as war veterans. When HYDRA resurfaced, Sam joined forces with Steve and Natasha to stop Project INSIGHT, proving instrumental in their success. Following the Battle of Sokovia, he joined them on the Avengers full-time.

He uses a winged flight suit in combat, as well as a small bird-like drone named Redwing. "Everybody's afraid of something."

"I can't control their fear, only my own."

An angry young woman whose parents were killed in an explosion in her homeland of Sokovia. She herself would have perished if not for the fact that the second shell that hit her home did not go off. Forced to stare at the unexploded shell for two days, the words written on that shell burnt in her mind who would be held responsible for her tragedy: Stark Industries and the man behind it, Tony Stark. She subjected herself to the experiments of Wolfgang von Strucker who, through the power contained within Loki's staff, gave her the magical powers of telekinesis and mental manipulation. 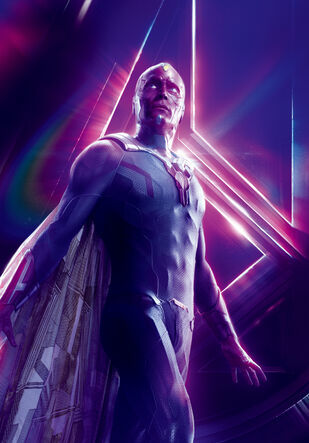 "Your mind is made up of a complex construct of overlays. J.A.R.V.I.S., Ultron, Tony, me, the Stone. All of them mixed together. All of them learning from one another."
— Bruce Banner, Avengers: Infinity War

An Artificial Human originally intended to be the final, ultimate body of Ultron. However, Vision is stolen by the Avengers before Ultron can transfer his mind to the android, at which point Tony Stark and Bruce Banner, with a bit of help from Thor, transfer the remains of J.A.R.V.I.S. into Vision in order to give them a way to prevent Ultron from moving his consciousness through digital networks. 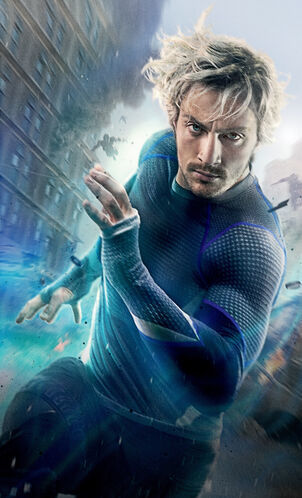 "I don't see the big picture. I have a little picture. I take it out and look at it every day."

The brother of Wanda, who also underwent Wolfgang von Strucker's experiment, which gave him superhuman speed. He joins his sister in helping bring about Ultron's vision of a new order without the Avengers.

For the version of the character featured in the X-Men films, see here.