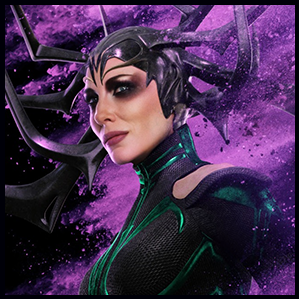 "Darling, you have no idea what's possible."
Click here to see Hela unadorned 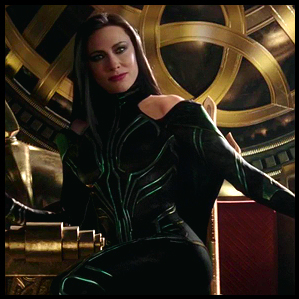 "We were once the seat of absolute power in the cosmos. Our supremacy was unchallenged. Yet Odin stopped at Nine Realms."
Advertisement:

"I'm not a queen, or a monster. I'm the goddess of death. What were you the god of again?"

The ruthlessly ambitious and supremely powerful Goddess of Death whom Odin locked away thousands of years ago and, upon finally escaping from her prison, brings unprecedented levels of chaos and destruction to Asgard.

Unbeknown to Thor and the rest of Asgard, Hela is Odin's first born child and therefore Thor's long-lost half-sister and the true heir to the throne. 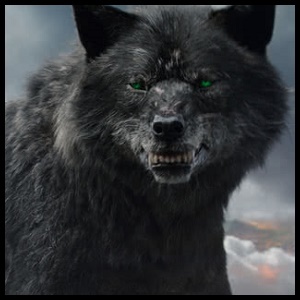 Fenris was a giant wolf who served Hela during the times of the expansion of Asgard around the Nine Realms. Millennia after her death, she is resurrected by Hela with the Eternal Flame and put at her service during her oppressive rule on Asgard. 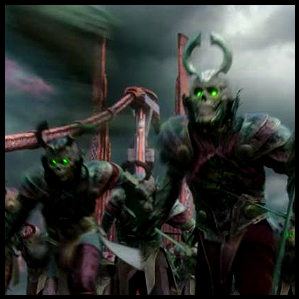 The reanimated corpses of dead Einherjar that fought under Hela.