A race of near-immortal beings created by the Celestials who have inhabited Earth for thousands of years.

open/close all folders
In General
Sersi 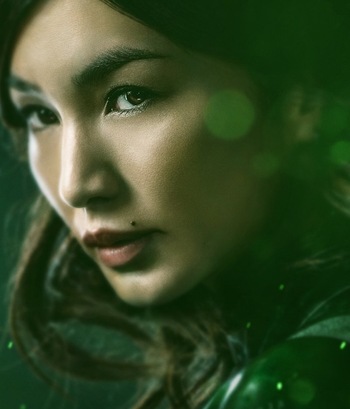 "Every time innocent lives have been sacrificed for the greater good, it turns out to be a mistake."

"When you love something, you protect it. It's the most natural thing in the world."

Sersi is the Eternal with the strongest affinity for humanity. She is as happy working as a museum curator and teacher as she is saving humans from the threat of the Deviants. She has the ability to manipulate matter, changing the makeup of any non-sentient material she touches. She’s also been in love with Ikaris for centuries and helps him to recruit the Eternals for one last mission. 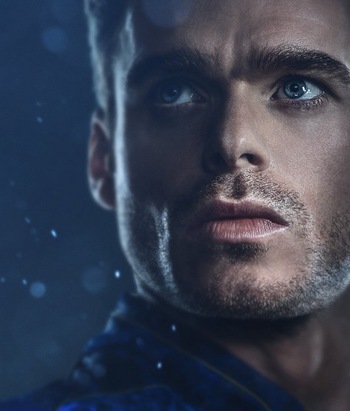 "I wouldn't mind leaving this world. I only wish that when we do, I would be able to remember you. I'm in love with you, Sersi."

Ikaris is the tactical leader and most powerful of the Eternals and takes pride in keeping the other Eternals safe. Moral, kind and charismatic, he boasts the power of incredible strength, flight and the ability to project beams of intense cosmic energy from his eyes. When the monstrous Deviants return after centuries, Ikaris leads the charge to unite the scattered Eternals to stop the new threat. 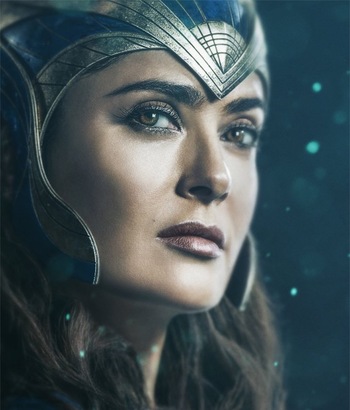 "This planet and these people have changed me."

"I want you to go out there, and live a life for yourselves. Not as soldiers, not with the purpose you were given. Find your own purpose. And one day, when we see each other again, I want you to tell me what you found."

Ajak is the spiritual leader of the Eternals. Her wisdom has helped guide the team since they arrived here from their home planet to help defend humanity from the Deviants and to help humans advance to the modern civilization that they live in today. Ajak can not only heal humans and Eternals alike, but she is able to communicate with the Celestials as well. 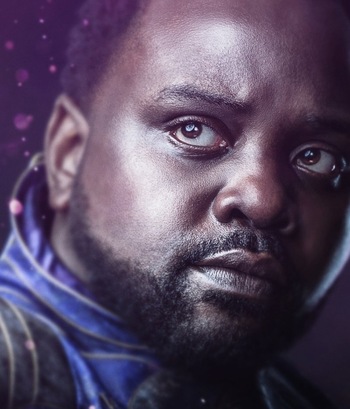 "I have a family now. They give me faith again. And I see the good in humanity in them every single day."

"Technology is a part of their evolutionary process, Druig. It's not exactly something that I can stop."

Phastos is blessed with the power of invention. He is able to create whatever he can imagine provided that he has enough raw materials at his disposal. Over the centuries, Phastos has helped nudge humanity forward technologically while always keeping his brilliance hidden in the shadows. 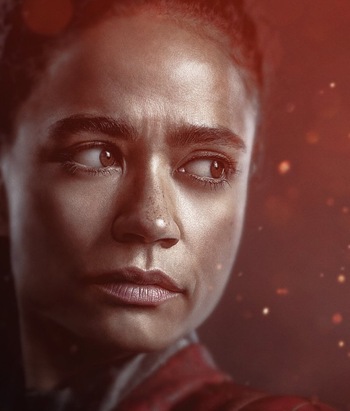 "At last, my boredom is ending."

"I can sense vibrations. Even the tiniest movement. Including your voices when you speak."

Makkari is the fastest woman in the universe. She uses her cosmically powered super-speed to scout planets for the Eternals, and as the only deaf Eternal, the sonic boom that accompanies her cosmic running does not affect her. 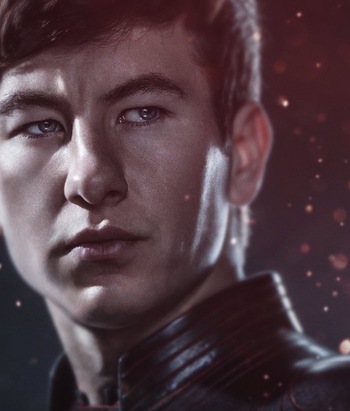 "I've watched humans destroy each other when I could stop it all in a heartbeat. Do you know what that does to someone after centuries?"

"Are we really helping these people build a better world? We're just like the soldiers down there: pawns to their leaders, blinded by loyalty."

Druig can use cosmic energy to control the minds of men. He has become withdrawn from the other Eternals because he disagrees with how they’ve interacted with mankind over the centuries. Aloof and powerful, at times it’s hard to determine whether he’s friend or foe. 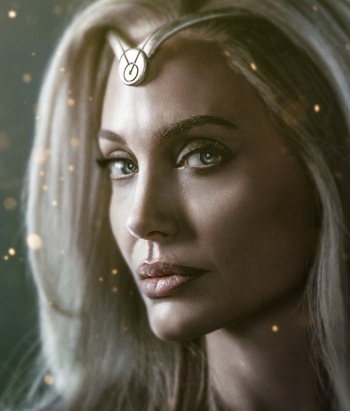 Thena, a fierce warrior more comfortable in battle than any other place, has the ability to use cosmic energy to form any handheld weapon she can think of. Often surly and aloof, she forges an unlikely friendship with Gilgamesh that spans centuries. 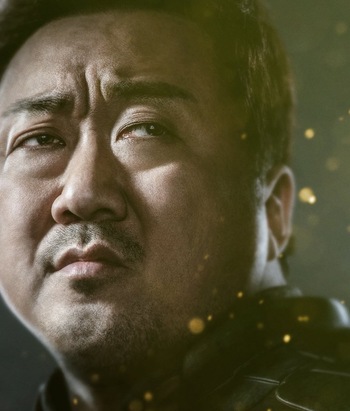 Gilgamesh is the strongest and kindest member of the team. He becomes Thena’s de-facto partner when the events of the past exile them from the rest of the team. Capable of projecting a powerful exoskeleton of cosmic energy, Gilgamesh is a fierce warrior who has become legendary for his fights with Deviants throughout history. 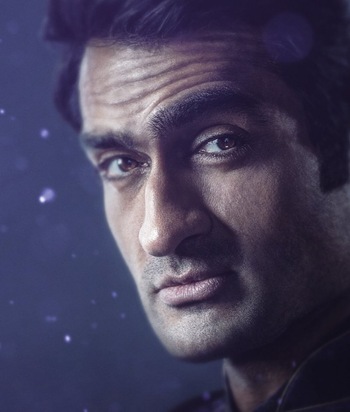 Kingo is the Eternal with the power to project cosmic energy projectiles with his hands. Over the centuries, he has become enamored with the idea of fame. In the present day, he's a famous Bollywood star who must leave his life of wealth and celebrity to help the team repel the new Deviant threat. 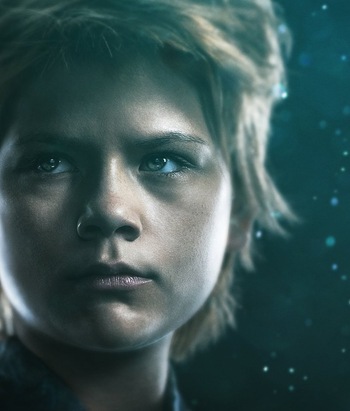 "The reason humans are at the top of the food chain is because you believe in structures and principles that don't actually exist."

"You know why I hated living with humans? Because they reminded me of things I didn't even know I wanted. Because of them, now I want to know what it feels like to grow up. To fall in love. To have a family. And to know in the end I've lived."

Sprite has the ability to cast lifelike illusions. Her friendship with Sersi hides a world-weary sadness because she’s been treated like a child by humanity for millennia. But Sprite is much stronger and cleverer than she appears, which will come in handy as while they battle with the Deviants.