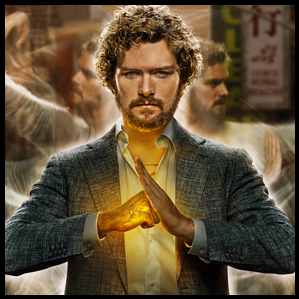 "I'm still trying to figure out who I'm gonna be as the Iron Fist. Lei Kung taught me that I was a powerful weapon... a flame meant to destroy our enemies. But I keep thinking that... maybe I can be something else. A light... for those trapped in the darkness."

The wealthy heir to the New York-based Rand Enterprises who went missing years ago over an uncharted region in Asia in a plane crash that killed his mother and father. In truth, Danny was taken in by monks from a rumored mystical city known as "K'un-Lun", where he was trained in the ways of Supernatural Martial Arts. Now Danny fights against the criminal element corrupting New York City with his incredible kung-fu mastery and ability to summon the power of the fiery Iron Fist.