A crime family operating in New York City after the Blip. For the Maggia, see the Criminal and Terrorist Organizations article.

A crime syndicate formed by Chinesnie and Chinese-Americans. 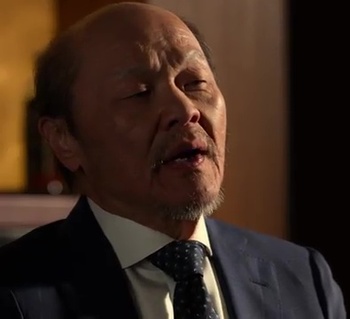 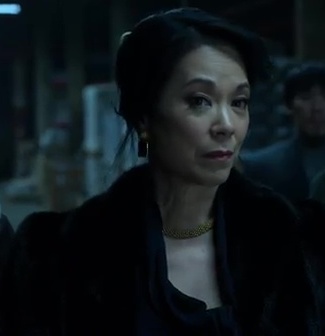 Hai-Qing Yang's wife, who later becomes matron of the Yangshi Gonshi after her husband's death.

The leader of the Golden Tigers.

A member of the Golden Tigers.

The owner of Frank Choi's Furniture and documents forger for the Golden Tigers.

The leader of a teenage gang .

A member of Ryhno's gang.

A member of Ryhno's gang.

An Italian-American crime family and one of the major criminal societies based in New York City. 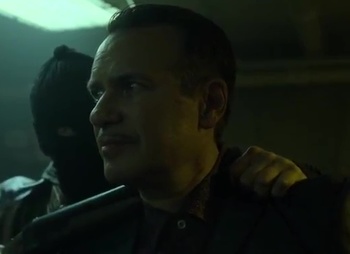 "You have any idea whose game this is? I guess not, otherwise you wouldn't be here."

A caporegime of the family who oversees the poker game that Lance and his buddies.

A member of the family.

A now-defunct gang led by Shades, Comanche and Romeo - the father of Zip, who would grow up to become a gangster working for Cottonmouth and Diamondback.

Zip's father. A member of the Rivals along with Shades and Comanche. Also an ally of Turk Barrett.

A Jamaican-American gang based in Brooklyn, planning to expand into Harlem. 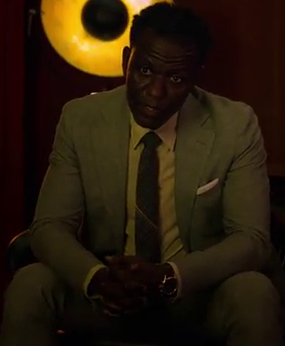 "Who you think you talking to? Me from the Rock too, y'know!"

The head of the Yardies following the death of his brother Neville. He has a considerable turf that encompasses Crown Heights and Jamaica, Queens. 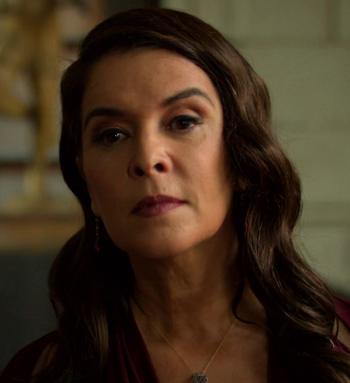 "You don't know your price yet."

A criminal leader with an eye on Harlem and Hell's Kitchen.

A leader of the Colon crime family during the time of Mama Mabel and Pistol Pete. Older brother of Domingo Colon

A Korean mobster, brother of the late Peter Hong and an ally of Rosalie Carbone.

A leader of the Puerto Rican mob.

The leader of the Albanian Syndicate, currently incarcerated at Ryker's Island.

A high-ranking member of the Albanian Syndicate, dubbed "Mother Theresa" by the FBI.

A small time criminal who briefly worked with the Albanians.

The leader of the Jewish-American Mafia in New York.

For the Russian Mobsters that collaborate with Kingpin, see the Fisk Crime Ring article

A member of the Russian Mafia with ties to Nikolai Poloznev.

A nephew of Kazan, also involved with the Bratva.

An enforcer of Kazan's.

Another of Kazan's enforcers.

A bunch of US military veterans, who band together under the leadership of Billy Russo to become a powerful criminal gang. 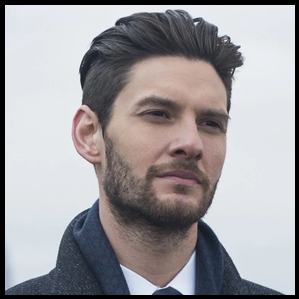 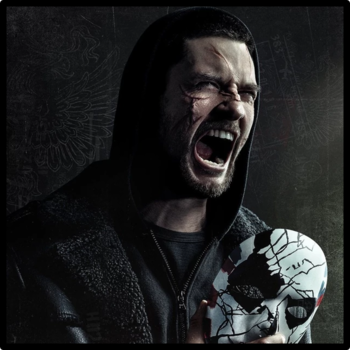 "This face... has everything that I ever did wrong written all over it."

"If you beat a dog long enough, it goes crazy. Doesn't matter how good it was before. After that happens, the dog that you knew is never coming back."

An Shell-Shocked Veteran in Curtis Hoyle's support group who introduces Billy to a number of like-minded veterans.

A United States Army veteran who joins up with Jigsaw's Crew, and quickly becomes Billy's most trusted comrade.

Another ex-veteran and member of Billy's group, who participates in the group's robbery of the ReadyQuick Check Cashing.

Another veteran who joins up with Jigsaw's crew. He's also an employee of ReadyQuick Check Cashing.

Another veteran and member of Billy's group, who tries to kill Curtis.

Another veteran who joins up with Jigsaw's crew.

A now-defunct gang that Arturo Rey III belonged to. 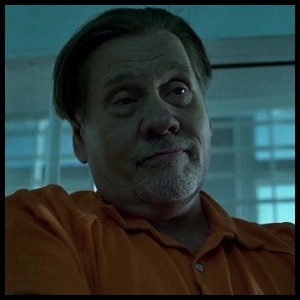 "Those you cannot teach to fly, teach to fall faster."

"Cut the shit, fat man. I've known guys like you my whole life, I killed most of 'em. You ain't never seen a throne you didn't want to sit in. So I'm here to make myself crystal clear: there's only room for one of us in this prison and it ain't gonna be you, not ever. Because I'm the kingpin of this bitch."

A successful drug dealer and an inmate at Rikers Island Correctional Facility who quickly becomes an enemy of Fisk's upon his arrival. 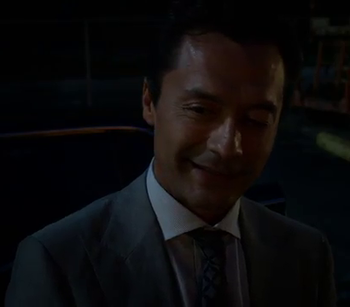 "Who are you supposed to be, the short arm of the law?"

A Latino drug-runner and the owner of Merlin Discount Furniture. He uses his furniture chain to smuggle heroin.

A "retired" mafia boss who preceded Wilson Fisk. In the past, Fisk's father owed him money.

A drug dealer with ties to the Kitchen Irish. 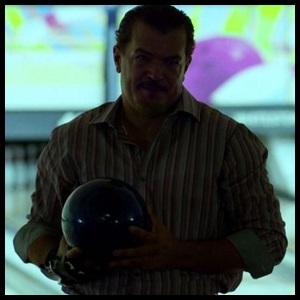 "This is how he negotiates, huh?"

A mobster active in Hell's Kitchen.

An African-American crime boss and owner of a chop-shop.

A Russian oligarch and former policeman with ties to the Russian Mafia. 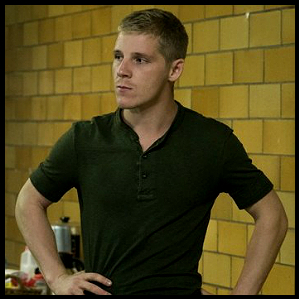 "All I know is that we risked our lives and we did terrible things and it meant nothing when we got home."

"I don't have nightmares out here. I should never have discharged, Curtis. None of it, the heat, cold, sand, noise, fifty guys stinking up a dorm it never kept me up. Never bothered me. I slept good."

A young veteran struggling to adjust to civilian life.

A movie director with a past preying on young actresses.

A real estate developer and arsonist.

A bookie and loan shark to whom Erik Gelden is indebted.

A rapist represented by Hogarth and Associates.

A co-worker of Lance who joins his plot to steal off the Gnucci Crime Family.

Another co-worker of Lance who joins his plot to steal off the Gnucci Crime Family. 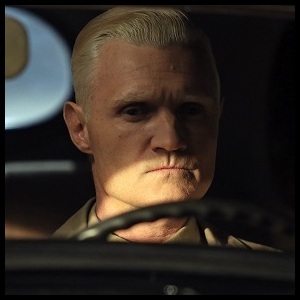 "The time for money has passed. No one crosses me."

"Well, Mr. Mink is a greedy, black-market smuggler, sure, but he got me back into the country, and he's predictable in his greed."
— Howard Stark

A smuggler hired to sneak Howard Stark back into the US. After Peggy and Jarvis defy his demand for a higher ransom, he goes hunting for them. 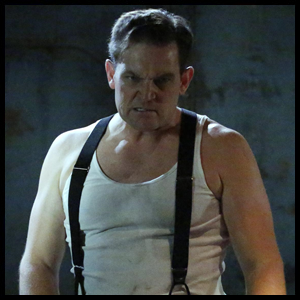 Jerome Zandow was hired by Leet Brannis to guard The Heartbreak as it contained the inventions that Brannis stole from Howard Stark's mansion. He was killed alongside Ray by the Hidden Killer.

A former caretaker at Ray of Hope Group Home, who sexually abused the boys there. 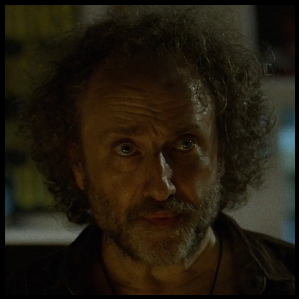 A pawn shop owner based in Greenwich Village. 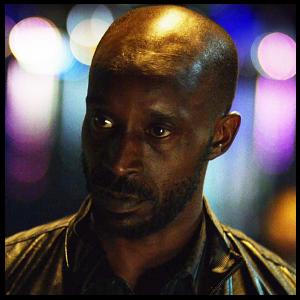 "I guarantee this baby will not jam or my name ain't Turk Barrett."

"That tin in my trunk couldn't kill a rabbit."

An independent low-to-mid level criminal in Hell's Kitchen and Harlem crime circles. Turk is an opportunistic bastard who has the uncanny (and unlucky) habit of running into super-powered people and getting beat up by them. 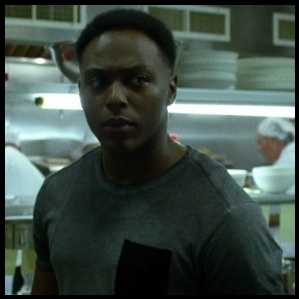 One of the boys who robbed Cottonmouth in the series premier of Luke Cage, friends with Dante Chapman and Chico Diaz. He is the one who shot first, and he shoots Dante when it looks like Dante might snitch.

A bartender at Harlem's Paradise who overheard of the arms deal between Cottonmouth and Domingo Colon and decided to rob it along with Shameek Smith and Chico Diaz. He freaked out that he realized Cottonmouth would find him out and is shot by Shameek.

Son of the late Wilfredo Diaz, an associate of Pop and Cottonmouth in his gangster days. He joins the robbery of Cottonmouth's gun sale along Dante and Shameek.

A thief in Harlem who threatens Luke Cage while the latter is staking out the Crispus Atticks complex. 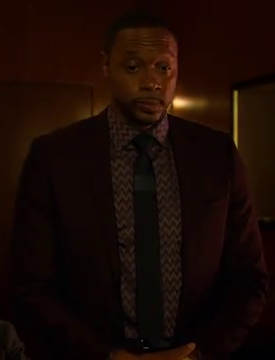 A recently released criminal in Harlem and a gun buyer from Mariah. 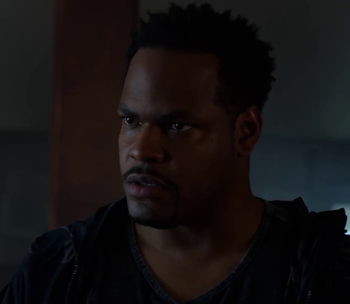 A gangster in Harlem with a grudge against Misty Knight. 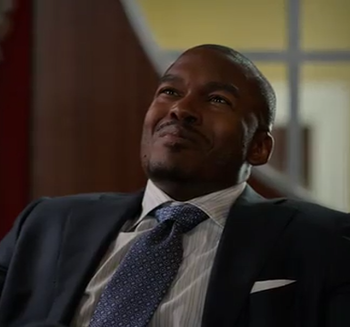 "A $20 million investment could be worth billions."

A Wall Street broker with ties to Harlem. 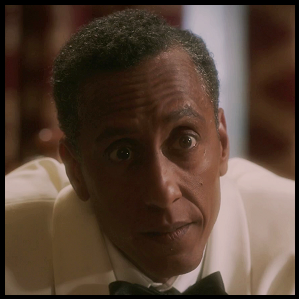 The owner of a club called La Martinique and criminal fence targeted by the Strategic Scientific Reserve as a suspect of dealing with one of Howard Stark's stolen inventions. 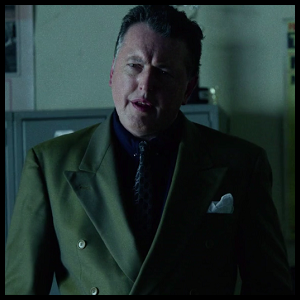 An associate of Roscoe Sweeney involved in his rigged box fights scheme. 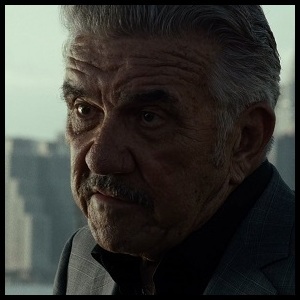 Another retired mobster and one of Urich's sources. 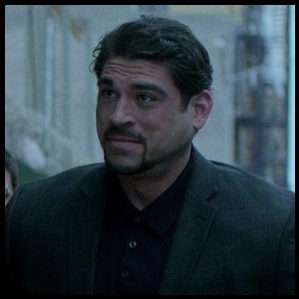 "You rough up my employees, that hurts my professional reputation. That's all any businessmen has."

A loan shark operating in New York City who encountered Luke Cage and Jessica Jones while hunting a young man who had not repaid him.

A lowlife from whom Jessica's boyfriend Stirling is borrowing money to establish a nightclub. 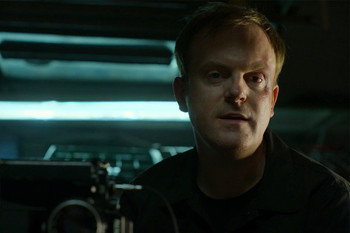 "I am asserting fairness in an unfair world."

"All I am is a man with my feet on the ground and a brain in my head. And yet, I can bring pain to power just by getting close."

A Serial Killer who ends up in a feud with Jessica Jones. He has an obsession with people he thinks are getting more than their due. 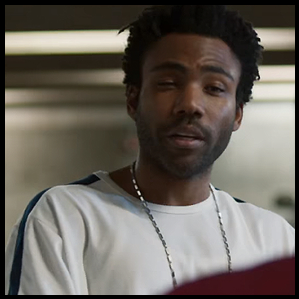 "You gotta get better at this part of the job."

A low-level crook who approached Vulture's gang to buy a gun only to find out that they offer weaponry of an entirely different nature.

An inmate at the Northeastern Correctional Facility. She's hired by Hope Shlottman to get assaulted so Kilgrave's offspring is aborted.

An inmate imprisoned for assault that Inez Green claims was given the power to heal others by IGH.