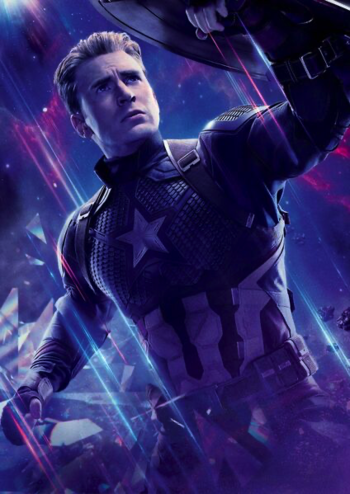 "I can do this all day."
Click here to see him in Infinity War 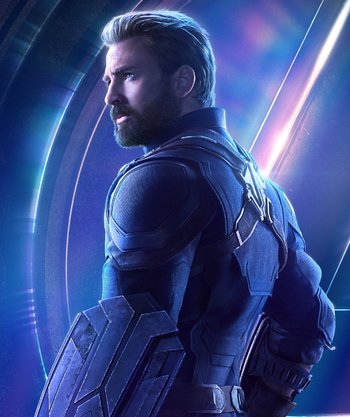 "I'm not looking for forgiveness, and I'm way past asking for permission."
Advertisement:

Advertisement:
Red Skull: So what made you so special?
Captain America: Nothing. I'm just a kid from Brooklyn.

Steven Grant "Steve" Rogers was born on July 4th, 1918 in Brooklyn, New York. He was a sickly young man turned into a perfect soldier by a government project during World War II. Unfortunately, the creator of the project was murdered, leaving Rogers as the only result of the experiment. Because of this, he was initially used as a propaganda tool to sell war bonds. He eventually earned his stripes as a soldier by rescuing an entire platoon from a HYDRA factory, where he first encountered the Red Skull.

After defeating the Red Skull, Cap crashed his Valkyrie aircraft into a glacier where he went into a hibernation state and written off as KIA for nearly 70 years note If you want Ludicrous Precision, he crashed the Valkyrie into the Arctic on March 4th, 1945

, which is an absence of 67 years, 1 month, 13 days. before being found by S.H.I.E.L.D. in the modern day. His weapon of choice is a Vibranium shield designed by Howard Stark that can absorb all energy directed at it, making it ideal as both protection and as a projectile (as it does not lose energy when it makes contact with another surface when thrown). 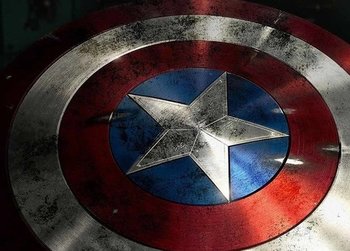 Captain America’s trademark shield, given to him by Howard Stark. 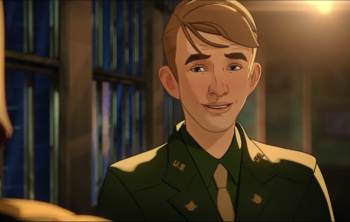 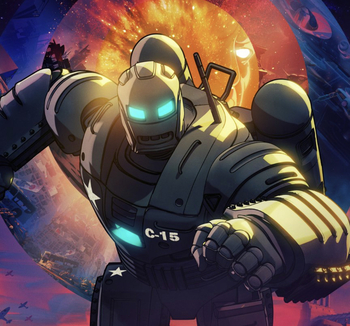 On Earth-82111, Peggy was the one who became a super soldier, with Steve instead became the HYDRA Stomper after Howard Stark used the Tesseract to power an armoured suit. 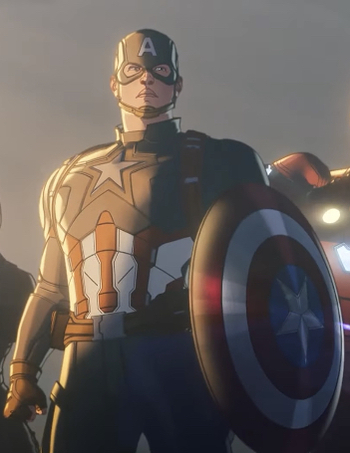 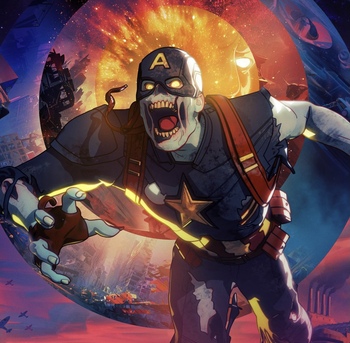 On Earth-89521, Captain America was infected with a zombie virus.

On Earth-29929, Captain America is killed during Ultron's genocidal quest for peace. 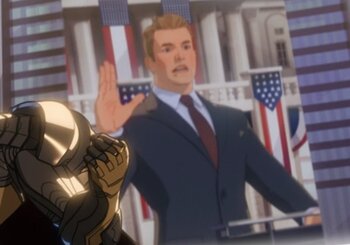 A Variant of Captain America who became president of the USA. 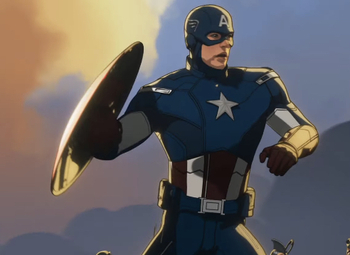 The Captain America of Earth-51825, who fights alongside Captain Marvel against Loki's invasion.

Example of:
On Patrol Montage