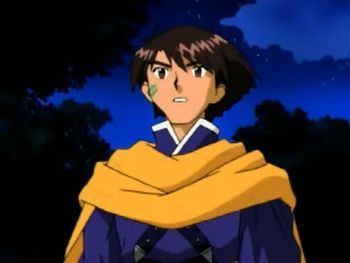 An adventurous youth and the main protagonist of Lunar 2: Eternal Blue. He lives at a research outpost in the Salyan Desert with his grandfather Gwyn and his best friend Ruby. Hiro aspires to be an archaeologist and is fascinated by stories of the valor of Dragonmaster Alex and other heroes of old. 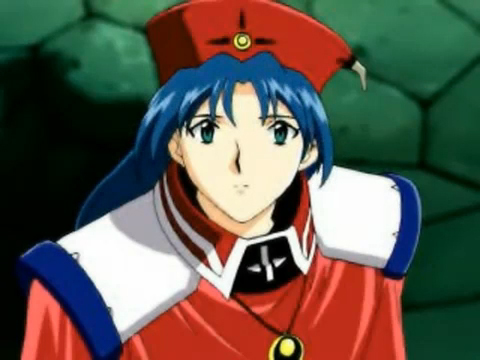 Lucia is known as the Princess of the Blue Star. Her sole purpose was to revive the Blue Star after Zophar's assault. However, when Zophar is on the verge of resurrection, she is reawakened to stop his return. Her goal is to meet with the Goddess Althena to combat Zophar's threat. Strangely, she claims she cannot sense Althena's presence in the world, and Althena's guard has been dispatched to kill her, being told that she is the Destroyer who will bring ruin to Lunar... 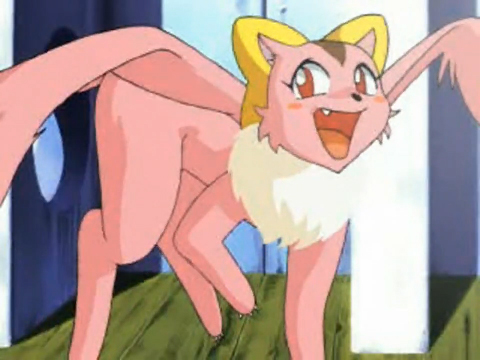 A baby red dragon that hangs around Hiro. 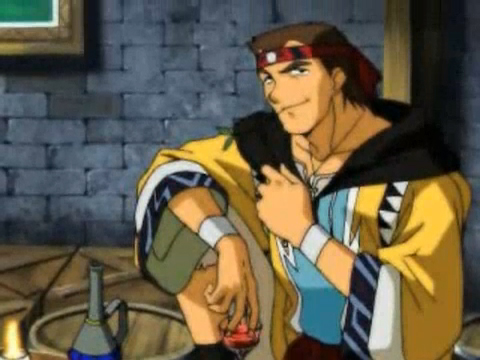 A gambler who seems to be unnaturally lucky at the game of dice. He's lazy, lecherous and a little too fond of the bottle, but he's also a talented healer and usually the one who tells the group where to go. Ronfar used to be a priest for Althena and a childhood friend of White Knight Leo, but a traumatic experience with a loved one caused him to walk away from that life. 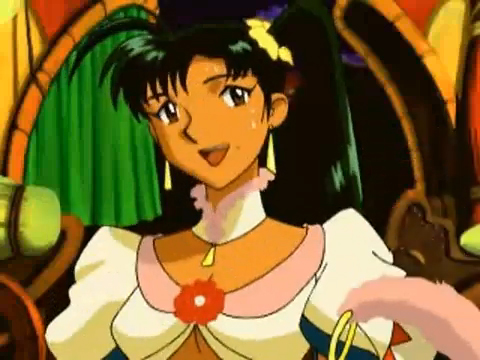 A dancer from a gypsy caravan that joins Hiro's party. Although she originally gets the group's attention with her amazing dance moves and friendly attitude, it is revealed that she is also a skilled martial fighter when she saves Lucia. 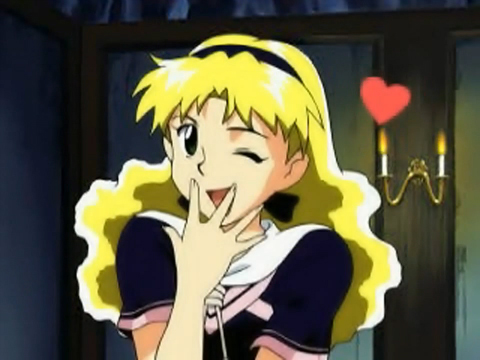 The Junior Premier of the Magic Guild, a training school for magic users within Vane, the city that once floated in the sky, but was struck down long ago. She takes a lot of pride in Vane's glorious past, and aspires to restore the city to what it once was.
Advertisement:
The Four Heroes
Not quite the same as in the first game... 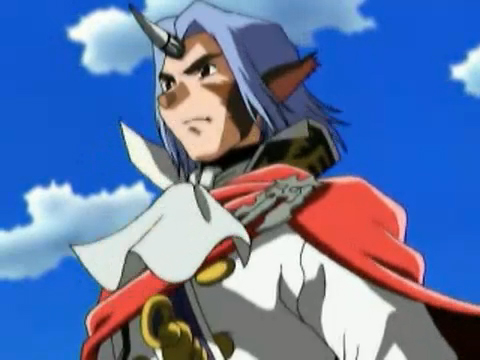 The White Knight of Althena and one of the Four Heroes. He is the leader of Althena's Guard, a group charged with bringing the message of the Goddess Althena to Lunar and stopping all wrong-doing in the name of the Goddess. He has been ordered to execute Lucia, and thus spends most of the game pursuing Hiro and company with the Dragonship Destiny.

The Blue Master of Althena and one of the Four Heroes. He's considered the authority on martial arts and governs Meribia from the dojo he has constructed there.

The Black Wizard of Althena and one of the Four Heroes. He plans to recreate the lost glory of Vane in a new city he has designed, Neo-Vane. He is in love with Lemina's mother, Miria Ausa.

The Red Priestess of Althena and one of the Four Heroes. She is White Knight Leo's younger sister and Ronfar's former lover. Formerly, she was known for being kind and sensitive, but she has grown wrathful ever since she became the Red Priestess.
Allies

Hiro's grandfather, an archaeologist working in the desert.

The Team Pet Non-Human Sidekick of Lunar 1, back in a new role. He's older, wiser, and at least as snarky as before.

Head of the gypsy carnival that took in Jean. He acts as a father figure to her, and is more than willing to lend a hand to Hiro's party when they need it.

Mother of Lemina and the leader of the once-great Magic Guild of Vane.
Antagonists

The entire first half of the game is, essentially, Lucia's pilgrimage to meet with this deity and ask for her help.

In truth she is an imposter set up by Zophar.

A ghost from the past and one of Lunar 2's most pleasant surprises. 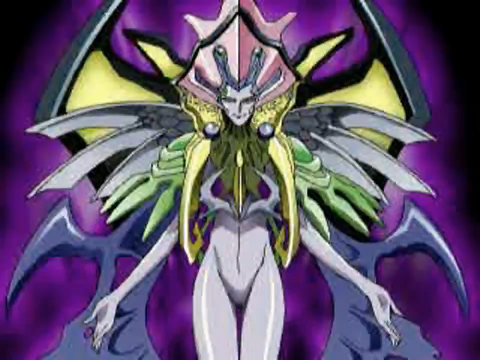 The dark god whose battle with Althena laid waste to the Blue Star. Now he's making a comeback, with his sights set upon the Silver Star.