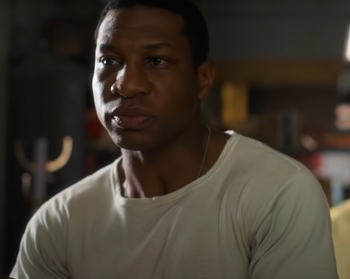 Atticus is a young Korean War veteran who adores sci-fi and fantasy books. His search for his missing father, Montrose, takes him on a personal journey as he uncovers a dark, secret family legacy. 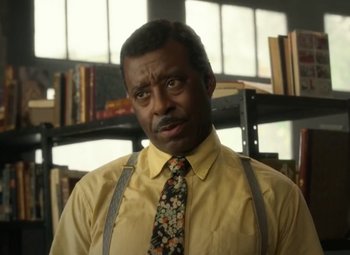 Portrayed By: Courtney B. Vance

George is Atticus’s uncle, Montrose’s brother, and Hippolyta’s husband. He is the editor of the Safe Negro Travel Guide, for which he travels across the country marking locations that are safe for Black people to visit.

Hippolyta is Atticus’s aunt and George’s wife. She has a deep appreciation for astronomy, but routinely has to set aside her vision of who she wants to be.

Montrose is Atticus’s father who recently went missing. The secrets he harbors have taken a toll on his life and his relationship with Atticus.

Diana is Atticus’s younger cousin and George and Hippolyta’s daughter. She enjoys reading sci-fi and fantasy books and expressing herself by drawing and writing comics. 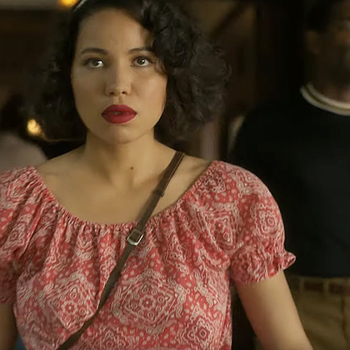 Leti is an old high school friend of Atticus and Ruby’s younger half-sister. She has hustled her way across the country as a photographer and civil rights activist.

Ruby is Leti's older half-sister who has grinded her way through life. Her relationship with Leti is strained because Leti missed their mother’s funeral and only pops by when she needs money.

The head of the Sons of Adam, one of the lodges of the Order of Ancient Dawn.

Christina is the daughter of a leader of a cult-like secret organization, who has mysterious abilities and a fixation on achieving unmitigated power.

A South Korean nurse Atticus had a relationship with during the war.

A race of carnivorous blob-like creatures covered in eyes living around the woods outside Ardham and Bideford.

Two demons with the likeness of Topsy from Uncle Tom's Cabin.