This is a character sheet for the video game Lost Technology. All plot-important characters are listed under the faction they are most involved with. 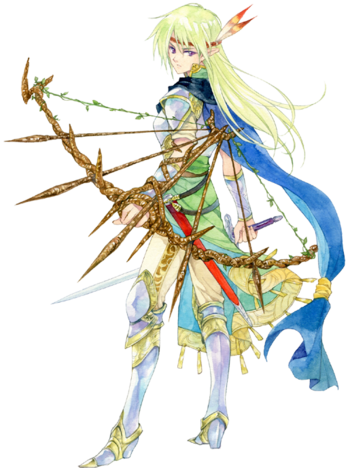 Leader of the elves of Alfheim, who ended a civil war in Ausonia Forest about 40 years ago, and established a new country. Her subjects don’t hold any desire for expansion, but worry that defending their borders may not be enough; the best way to defend the forest may be to force an opponent to surrender before they can act.

A close friend of Ephemeral from youth, supporting her from before Alfheim's founding.

The head of Alfheim's archers, making him commander-in-chief due to elves favoring them over swordsmen.

Chief of Alfheim's swordsmen, and thus in a slightly lesser position than Wald. He's one of the most insistent that they should strike first to best defend themselves, having been present when the Reinald Empire once tried to burn down their forest.

Alfheim's eldest, who was born with high magic potential and pursued skill with the winds. He has as much political sway as Wald and Claus, but he dislikes the responsibility and usually just sides with the majority.

An authority on plant research. Though deaf and a poor fighter, he's skilled with both medicines and poisons, the latter of which is usually tipped on the arrows of the archers he commands.

An elf archer skilled with using wind magic to better direct his arrows, giving him a reputation as Alfheim's first sniper. However, he does not seek to usurp Wald, who saved his life after a bad encounter with Makan's lizards. 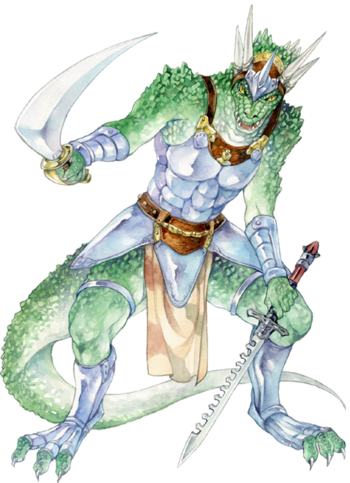 The Lizard King. Often thought of as aggressive and warlike, but really places hunting above all else. Respects enemies who offer a good hunt, hiding and running or gathering together. Dislikes those who stand up in the name of honor and chivalry. 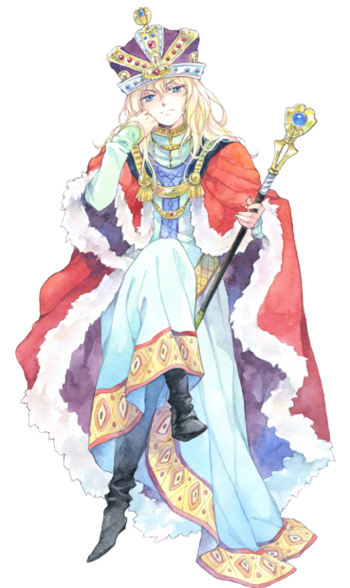 The 14-year-old current empress of the Reinald Empire, controlling the imperial capital of Ortygia. Rose to her position after her grandfather, the previous emperor, died of illness and the crown prince suddenly passed away. Rather arrogant, as she was overindulged growing up. Her rule simply consists of her doing as Horaz (the Prime Minister) says. Largely disliked by the population, though sometimes hides among them and desires to punish those who cause them to suffer.

The leader of the Konal Knights that guard the Emperor. He follows his father's footsteps, who was the guardian of the previous emperor and passed away around the same time.

The empire's chancellor, and true ruler. Though greedy and scornful, he knows to set just enough limits on himself to avoid an uprising.

The vice-chancellor of the empire. Formerly a clergyman that scammed a lot of gold out of religious believers. He's also responsible for poisoning the crown prince in order to gain power. Despite all that, he is trying his best to believe in the people.

A graduate of the Imperial Magic Academy that's become an authority on fire magic. A good student and a hard worker, he'd prefer to spend his life making further research, but is strong-armed into commanding other mages and helping the empire expand further.

A thief that works for Geleon.

An infantry commander promoted to his position when Diethard became a Konal Knight.

A cavalry commander promoted to his position at the same time as Jared.

A boy who dreamed of being knighted by Diethard, who is called the Empire's strongest, and who would like to be seated as a vacant deputy chief. Should the Empire collapse, even though their Konal Knights are dissolved, he assists Diethard in helping Agnes flee to safety.
Kingdom of Gug 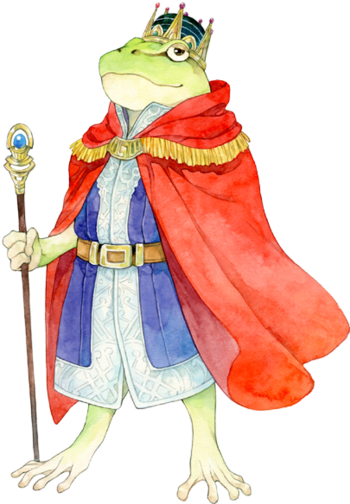 The reigning monarch of the Kingdom of Gug, and Charlotte’s father. In his prime he was a star tenor in the Royal Opera, where his performances were invariably met with standing ovation. While he is retired now, his singing voice is as captivating as always, and perhaps part of why he is popular with his subjects. His wife died protecting her clutch one stormy night, leaving him to raise his daughter alone. This might explain his tendency to spoil her. 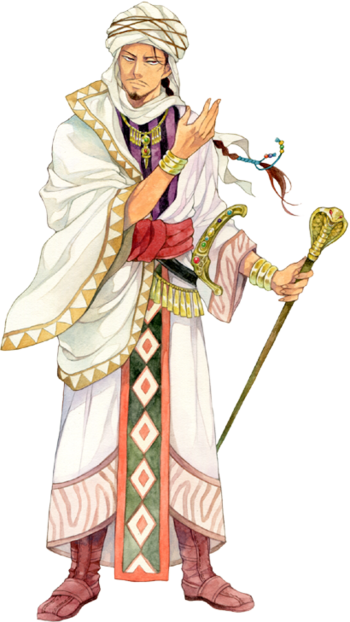 Both the head and founder of the Castus religion. When Ishak realized he can use the piety of the people around him to his advantage, he galvanizes them into an organized religion and overthrows a desert kingdom, establishing the religion as a major power. Ishak would be the first to admit he deserves divine retribution for using God’s name for his ends. That is, if God truly exists.

A talking snake raised by Ishak. As people of the land already viewed snakes as messengers of God, he was integral to Castus gaining its current popularity.

A former courtesan for the past desert kingdom, who used her influence to spread the word of Castus throughout the territory.

A man that's worked with poisons to the point where he willingly ingests it via a hookah. Locked away by the territory's previous rulers for experimenting on other humans, Ishak set him free in order to expedite bringing war to an end.

A woman who truly believes in the teachings of the Church as a good thing, and works as a missionary.

The former leader of the desert kingdom's army. Realizing the poor state the territory was in, he allowed Ishak to come into power. He neither believes in Castusism nor is willing to swear allegiance to Ishak, but doesn't explicitly hate them either.

A pair of Free Agents that served under Faruk during the desert kingdom's reign, but left when Castus took charge.
Dragon Knights of Fevnr 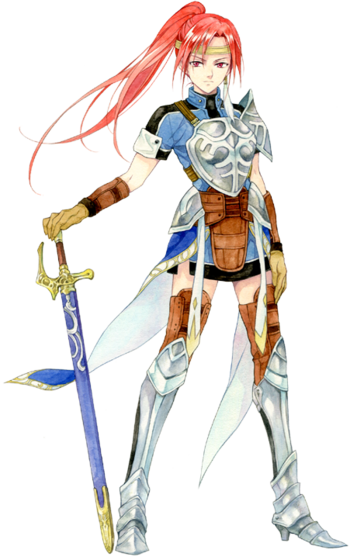 A descendant of the dragon knights that perished 200 years ago, and the heir to her family’s dragon. She wearily watches Smaug, the dragon she has taken care off since she was a girl. That is, until the day a girl on a dragon-mount of non-Fevnir lineage appears before her. Scarlett came away from the encounter knowing that dragon knights outside of those of Fevnir exist, and she is intent on finding them, even if means taking over the world to do it.

A close friend of Scarlett's father, who vowed to protect Scarlett after his passing.

The other dragon-riding girl, who motivated Scarlett's campaign. She had lived with her grandfather in a remote house, but when he passed away, she traveled to the wilderness on a journey to find a partner for her dragon Suzaku.

A self-proclaimed archaeologist mercenary, who uncovered rifles in ancient ruins and uses them in battle. Ancient records indicate that there used to be a time when the world wasn't war-torn, which he aims to recreate.

One of Lars' subordinates, who cares more about the fighting aspect of their job than the archaeology.

Lars' best friend, who grew up as a war orphan alongside Marguerite. He studies a wide range of magic, and does assist with archaeological research, though he's not passionate about the latter.

Lars' head assistant. Though beast-people are stereotyped as having lower intelligence than humans, she is an intelligent woman and an avid ruins explorer.
Kunitz Knights

The leader of a group of knights that fight for justice, though clearly distinguished from traditional chivalry and focused on human rights. At first glance, he comes across as a wide-eyed idealist, but he does have a dark side and is willing to do anything for the realization of his dreams.

The leader of the beast-people of Rion. His father died in battle against humans. He values trust, but due to his youth, can be easily tricked by cunning adults.

Shades' younger brother. Though he has a habit of rushing to the front lines, he also shows skill in tactics, which Shades regularly relies on.

Shades' childhood friend, skilled with geo-science and crystal art. Often assists Shades with regard to internals of powers and the reign of groups.

The sister to Milka and Mina of Alfheim. Unwilling to practice with swords or bows, she was driven from the forest and became a wandering elf.

A weak-willed devil that was tricked into making a contract with Misa.
Apotiakara

The Dwarf leader of Apotiakara, and current foreman of its blacksmith union situated on Mt. Arsia, the tallest and most mineral-enriched in the land. In his youth, he used to be a mercenary. He is well-respected as the world's best blacksmith, but he's arrogant and frequently rages, which has led both friends and foes to dislike him.

Chromium's human disciple, having sought him out to learn dwarven crafting techniques. He's stuck around for four years without being taught much, and has earned the respect of other dwarves for being able to put up with Chromium's bad attitude.

The former foreman, who stepped down after witnessing Chromium's talent, and has been managing the furnaces ever since.
Alcatraz Organization

The boss of Alcatraz, the organization that controls the former penal colony Electris. Technically does not do anything illegal because there is no law in the region. He profits from smuggling, prostitution, and assassination, yet he's against selling drugs.

The underboss of Alcatraz, who sees Corrolad like a father despite not having a blood connection. He helped unite the various gangs of the area into a single force. Arrogant, he believes that the strong should reign over the weak.

A descendant of the Dark Elves expelled from Alfheim, who is now the executive in charge of Alcatraz's prostitution businesses. Though she is not a general at their campaign's start, she joins the frontlines after enough territory is conquered.

The queen of the Demon Nation of Crime, who built a flying castle over a war-ravaged island. She's usually content to keep track of the main continent's wars without direct participation.

The second-most-powerful in the demon hierarchy. She acts as Democrisia's secretary, in charge of both local and military affairs. She is the most trusted demon of Democrisia, never leaving during a war.

The commander-in-chief of the Demon Country Crime, and the third-most-powerful. Combining the high magic power of her tribe and her best sword techniques, her magic sword buried many other races.

The fourth-most-powerful demon, behind the queen and her two female generals. In the old days, he tried to fight against Democrisia, but was humiliated and forced to obey.

Bandicoot's lackey. Still young, he has an exceptional talent, and Bandicoot sees him as a way to usurp power from Democrisia.