Some of the aliens like their humans. Others don't. Others are a bit of both. Following is a list of the more important humans in the franchise. 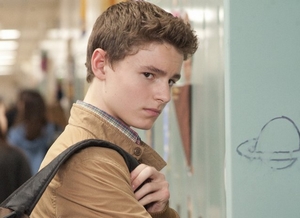 John's best friend and the son of Malcolm. A firm believer in "UFOs and shit". Wears NASA T-shirts. Becomes the first member of the human Garde and develops a few Legacies that aid him in battle against the Mogs. 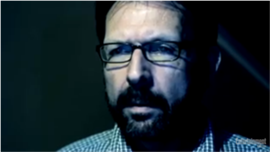 "No-one wants to admit their dad's a freak."
— Sam

Sam's dad and one of the human greeters when the Lorien arrived on Earth, helping Four and Henri get started. Went missing one day, inexplicably, and had a fascination with finding aliens in Mexico. In the film his name is changed to Malcolm Spellman, and he went missing searching for Six in Mexico. Eventually, gets rescued by Adam. 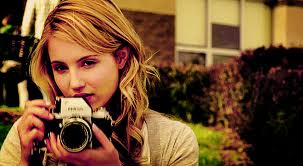 "That whole saying about behind every great man there is a great woman? I can be that for you. I just want to be a great woman with excellent aim."

The daughter of the Realtor who sells the house in Paradise to Henri, she is immediately forced upon John. They end up dating. She loves photography and used to be a cheerleader. Suspected to have called the FBI in the second book. She didn't but rather was manipulated with Truth Serums. She fights alongside the Garde until tragically dying in combat. 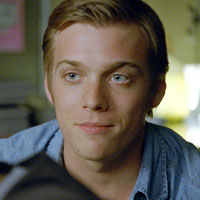 The quarterback of Paradise's football team. Originally tries to initiate John onto the football team, then gets jealous because he's hanging with Sarah, then becomes amicable, then sells him out to the cops, then helps him escape them.

Héctor Ricardo
"If you ever know a man who tries to drown his sorrows, kindly inform him his sorrows know how to swim."

A man from Santa Teresa and one of Marina's friends he fights against the Mogadorians and dies for her. Has a mother, Carlotta, who was dying of Parkinson's but who Marina cures.

A ballsy, fifteen year old girl from Harlem, New York who is imbued with Legacies during the Mogadorian siege on Earth.

The nephews of General Lawson; they are granted Legacies and are present in the final book.

A British punk wannabe who first appears during Ella's telepathic summit of Human Garde. He joins up with Ran, Fleur and Bertrand eventually being rescued by the Loric.

A small, silent Japanese girl granted Legacies and taken in by the Loric in the final book.

An attractive, blonde French girl granted with Legacies. She first appears in the final book and is promptly killed by Phiri Dun-Ra.

A German beekeeper granted with Legacies, including the ability to talk to animals. He first appears during Ella's telepathic summit, is later taken in by the Loric and is killed by Phiri Dun-Ra while trying to save Fleur.

Walker and Purdy
"Who do you think you are, kid? You're in no position to threaten us."

Agent David Purdy and Special Agent Walker of the FBI who gather the Garde, but lose them all, too.

Commander Sharma
Commander Grahish Sharma is a loyal soldier from India whose group stumbled upon Eight when he was in the guise of Vishnu, and swears to protect the boy.

Now back to the character page you go