Gratuitous "ê", here, for the Cêpan, still pronounced Se-pan. They're the keepers of the Garde just because. All of these technically count as The Mentor, but some are more competent than others.

Hilde
Number One's guardian. Like many others, One was made to watch her die. Her original Loric name was Hessu. As One was the oldest of the Garde, she was the oldest of the Cepan. As One develops a teenage rebellious streak, grabbing the attention of the police and so media, they move out to Malaysia.
Conrad Hoyle
Number Two's guardian who set up camp in England.
Three's Cêpan 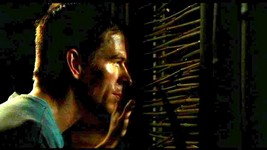 Said to be from near the forest on Lorien, so goes to live in the forest in Kenya and/or 'The Congo'. The only unnamed Cepan. 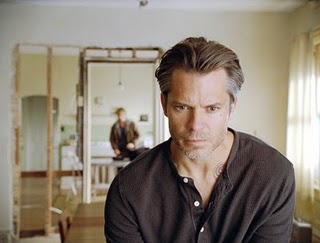 "I wouldn't have missed a second of it, kiddo. Not for all of Lorien. Not for the whole damn world."

a.k.a. Brandon. But mostly Henri, he is Number Four's keeper.

Albert/Rey
Number Five's guardian. He was the second oldest of the Cepan and so couldn't train Five very well, teaching him to do whatever it takes to survive. This leads to Five's betrayal. He dies of natural causes when Five is still young.

Katarina
"Torturing me to get to her? It took you two whole days to come up with that plan?"

Number Six's guardian, she taught her all about Lorien and fighting and they stayed on the run in America, but still allowed Six to have a 'normal' life. Responded to Two's internet post and so got killed.

Adelina
"I can't make up for lost time or for the wrongs that I have done, but I'm certainly going to try, don't let them catch you. Be brave Marina!"

Seven/Marina's guardian, was known as Adel on Lorien but went through many names on Earth before Adelina. She kept Marina entertained travelling through Europe for a short while before pretending that Lorien was just a big fairytale and becoming a nun.

Reynolds
Eight/Naveen's guardian, he fell in love with a human who told the Mogadorians who he really was.
Sandor
"You look awfully young to be a Mentor Cêpan."

Nine's guardian, he sets up a safe house in Chicago that Nine can always return to after his "teaching gigs". Very young to be a mentor, and gets on well with Nine. It is implied that his youth and love of when things go wrong made him an inadequate mentor for one of the Garde.

Crayton
"If Setrákus Ra thinks it's going to be easy, he's got another thing coming."

Unofficially Ella's guardian, as she was just born when the Mogadorians attacked Lorien. Becomes a surrogate father to her and all the others. He is the last Cepan left alive once Henri dies.

The Unidentified Two
Two other Cepan were with Crayton and Ella, but they haven't been seen since.
Paxton and Teev
Cepan who stayed on Lorien. Only mentioned in the Expanded Universe stories. Sandor stole Paxton's ID to get into a nightclub and so flirt with Paxton's girlfriend Teev just before the Mogadorian attack. During the battle, Teev is killed at the nightclub as Sandor immediately runs off to get Nine and head for the airstrip.