A Character sheet for Lord of Magna: Maiden Heaven. Beware of Unmarked Spoilers!

The hero of the story. A young man who's taken his father's words to heart to protect and upkeep his family's inn regardless of the fact that it has no guests and thus has to find other methods to make ends meet. It's been revealed by Hashimoto that his birthday is April 5th. 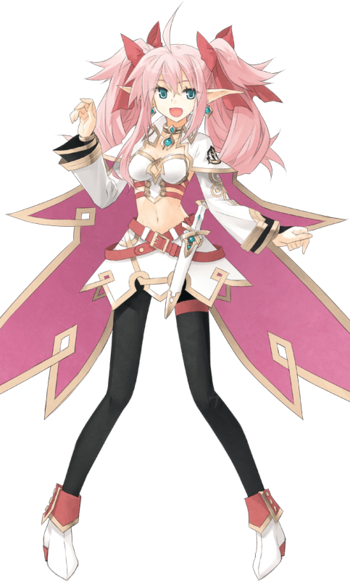 The first sister Luchs encounters, and the third-born Artemis out of 7. She's discovered inside of a crystal after a cave-in while Luchs is searching for crystals. Has friendly, bubbly energy in personality. Her nickname is Lottie. 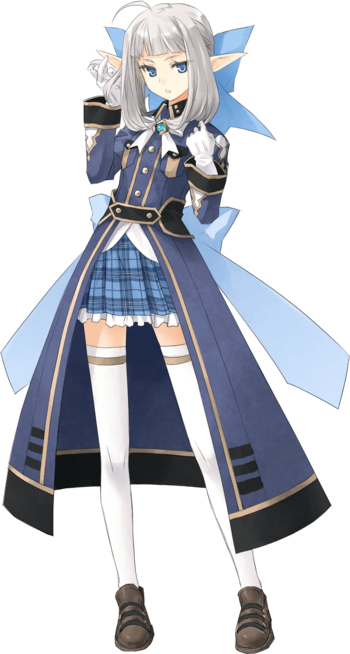 The second sister Luchs encounters. Coincidentally, she happens to be the second Artemis born, too. She's discovered in the same cave as Lottie after Luchs returned there to search for a cure for Lottie's condition but after falling through a sinkhole. She's a kind-hearted girl, whose motto is "Efficiency is a fine companion to visual presentation". Her nickname is Trixie. 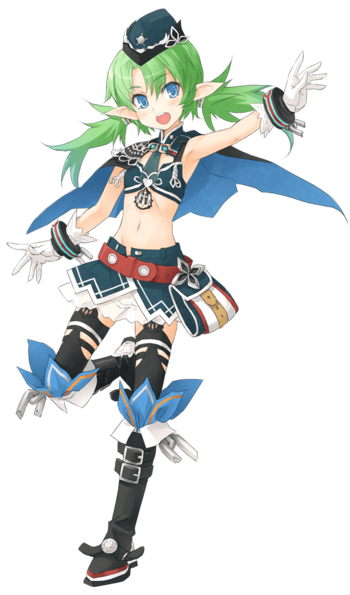 The fourth Artemis found by Luchs. She is first seen drowning, but gets saved by Luchs, Lottie, Trixie, and Frieda. She has a cheeky, downright mouthy attitude to her personality. Still, she's obviously a sweet and caring girl at heart. Gabriele is the only playable character with the Heaven Affinity. She is also the 7th-born Artemis, making her the youngest. 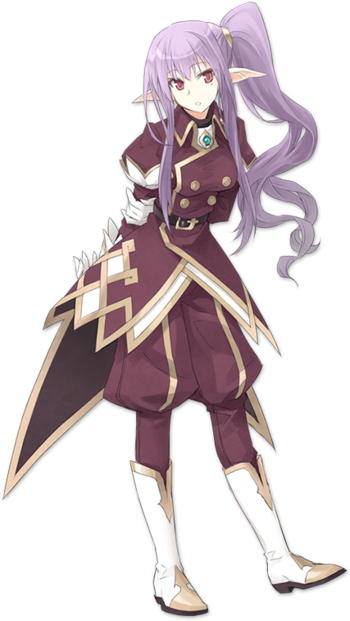 An Artemis found by Luchs and Gabriele during a cave-in. She is seen at the same time as Francesca and Adelheid, but appears as an ally alongside Gewalt, unlike her two sisters. She is Artemis 04, which means she is the middle child of her sisters. Despite her shy appearance, she's the opposite, and is a brave warrior with brilliant strategy. Her nickname is Di. 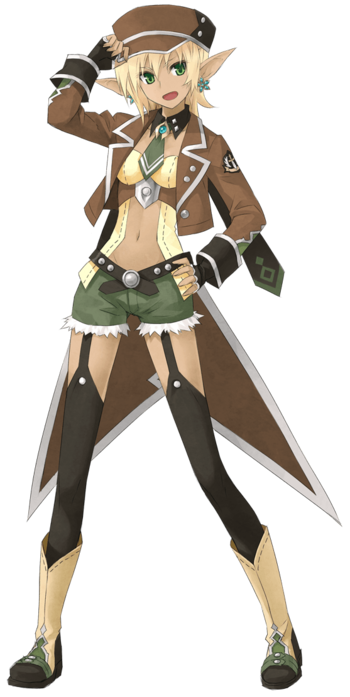 An Artemis found by Luchs and Gabriele during a hidden cave-in. She's first seen as an enemy alongside Adelheid. Unlike Adelheid however, she manages to break free on time from the bracelet she and Adelheid are being controlled by. She's the sixth-born Artemis out of 7, which means she is the second youngest. Also considered the tomboy of the Artemisias. Her nickname is Fran.

The last Artemis found by Luchs. She is also the first-born Artemis, being Artemis 01, as the oldest of her sisters. She is first seen as an enemy with Francesca by her side, but doesn't manage to escape from the other bracelet's powers, which she and Francesca are being controlled by. Her given nickname is Addie. 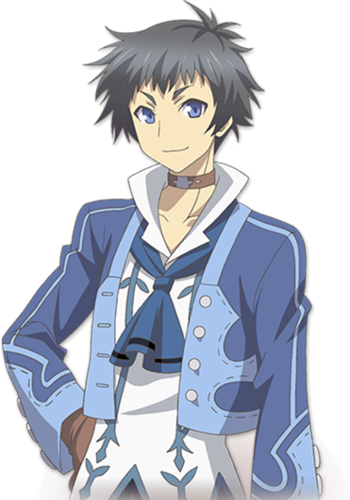 Luch's Best Friend. He also acts as the primary item merchant during the early part of the game. 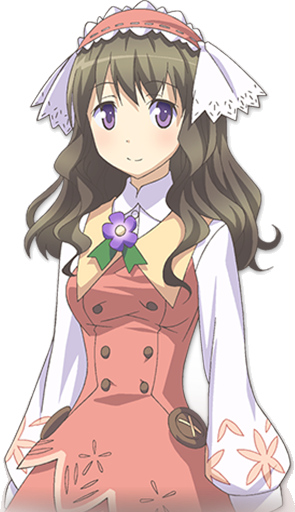 A local farmer and Luch's neighbor. She visits the inn pretty much every day.

Another one of Luch's neighbors. She takes care of the field where Streetpass crops grow. 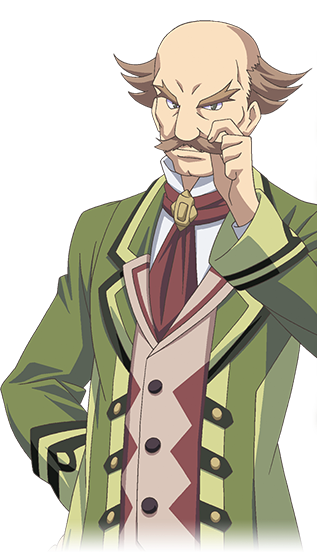 The mayor of Luneville. A bit rock-headed and scary-looking, but a nice guy once you get to know him according to Luchs. 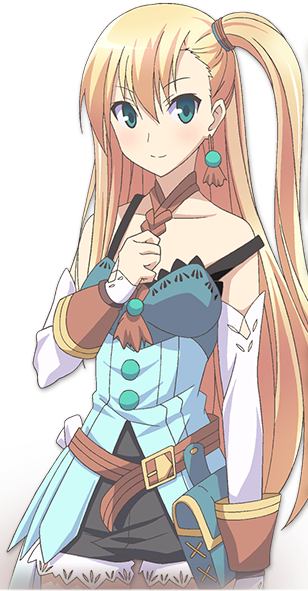 A Luneville resident and crystal researcher. He's also the first one in the game to meet Elfriede when she arrives in town. 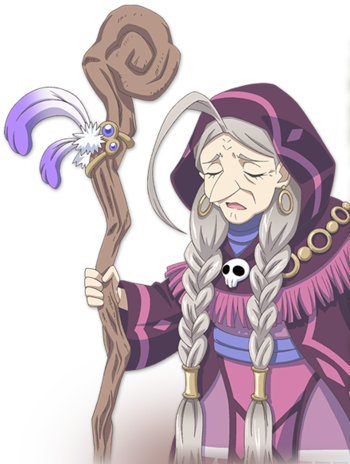 A local Luneville woman who is extremely distrusting of outsiders and very protective of her grandchildren. 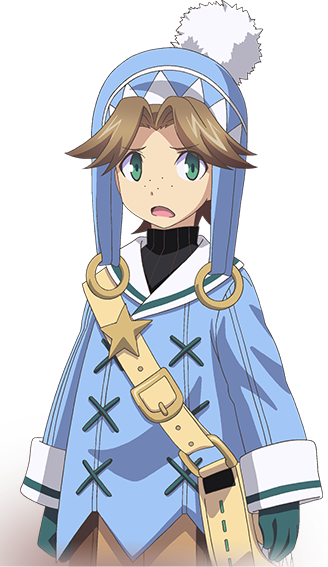 Debonnaire's grandson, Noelle's twin brother, and one of Gabbie's friends. 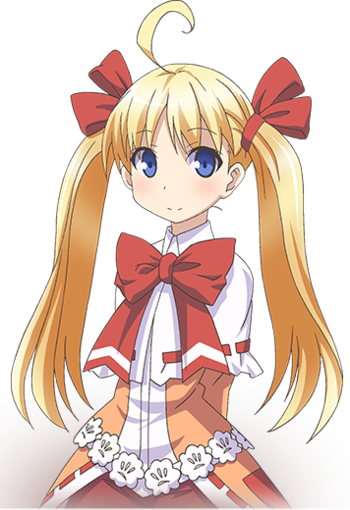 A mysterious man with a cold demeanor. He plans to separate Luchs from the Artemisias, leaving mysteries and unanswered questions as he silently disappears, causing tension and distress for Luchs and the young faeries. Appears as an enemy at first, then later an ally. 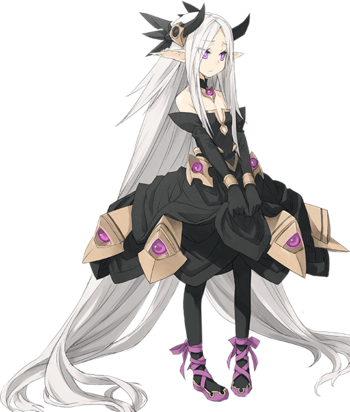 Sarine is one of the main antagonists, having fighting strength that surpasses Artemisia. Despite her diminutive appearance, she dominates the battlefield with her strength. She is the wife of Kaiser, having died at childbirth. She then was used by her husband to do his biding. 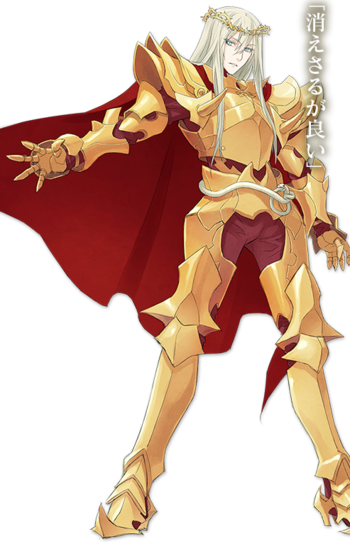 The ringleader of everything, his presence is shrouded in mystery. Although he seems to be looking for Charlotte and the rest, it's unknown for what purpose.