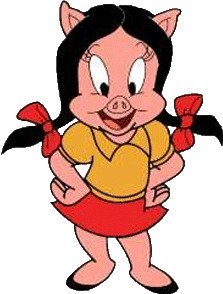 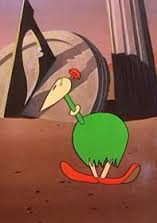 A one-shot character who appeared in Bob Clampet's Porky in Wackyland and its color remake Dough for the Do-Do, Porky hunts this one of a kind bird for a large fortune. Despite having only two appearances, he became a fan favorite and left an invaluable legacy in the form of his son Gogo Dodo in Tiny Toon Adventures. He also makes occasional appearances in the comic books including the DC-Looney Tunes crossover where he teamed up with Mr. Mxyzptlk. 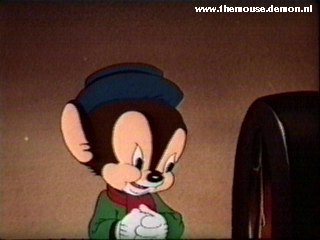 This early creation of Chuck Jones is a ridiculously cute, naive little mouse that often obliviously wandered into danger's way. As the shorts transitioned into zanier humor, attempts were made to evolve Sniffles accordingly, Flanderizing him into a Karmic Trickster with a Motor Mouth, though the character was ultimately phased out (though still had a healthy run in the comics.) His motor mouth version made a brief speaking appearance in Space Jam. 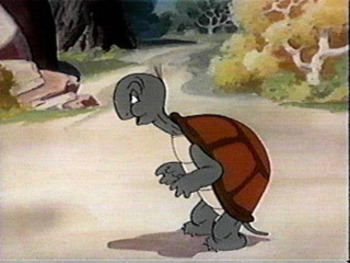 Slow paced but quick-witted turtle who not only rivals Bugs Bunny, but is one of the few characters to consistently defeat him. Cecil appears in shorts that were based on the fable The Tortoise and the Hare.

Debut: "The Squawkin Hawk" (1942), Jones
Voiced By: Kent Rogers, Mel Blanc, Joe Alaskey, Jeff Bergman, Ben Falcone, Damon Jones
Beaky Buzzard
An absentminded buzzard who lives with his momma in the distant desert. Appeared in three shorts. Came back as a background regular in Space Jam, and made a cameo in Looney Tunes: Back in Action.Debut: "Bugs Bunny Gets the Boid" (1942), Clampett.

The Drunk Stork
A stork that makes all of his deliveries while inebriated.Debut: "Baby Bottleneck'' (1946), Clampett.

Rocky and Mugsy
A pair of thugs who appear in a few of the Looney Tunes shorts. It should also be noted that Rocky also appeared in a number of shorts without Mugsy, but other thugs instead.Debut: "Racketeer Rabbit" (1946) (Rocky), "Bugs and Thugs" (1953) (Mugsy), Freleng.

Charlie Dog
Hyperactive and incredibly clingy mutt that is constantly searching for a home and master. With mannerisms not distant from those of a slick-talking salesman, Charlie goes to extremes to be accepted by his potential master (usually Porky Pig) who are often equally determined to get him off their backs.Debut: "Little Orphan Airdale" (1947), Jones note Though if you count the character he was created to be an expy of, his actual debut is "Porkys Pooch" (1941), Clampett.

Mac and Tosh, the Goofy Gophers 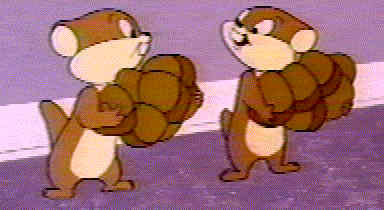 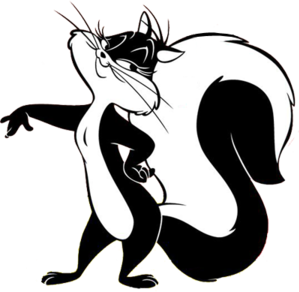 The (collective?) name for the poor kitty who finds herself the object of Pepe's affections. 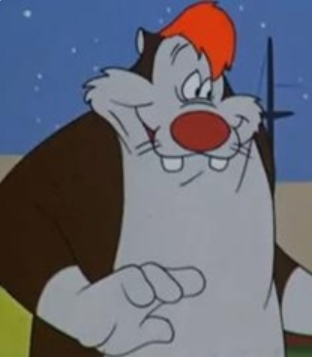 Marc Antony and Pussyfoot
A large dog and a little kitten. The former is very protective of the latter.Debut: "Feed the Kitty" (1955), Jones. 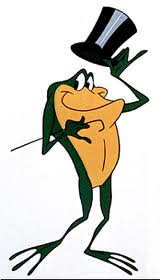 A frog from The Gay '90s is discovered by a man in modern times. Unfortunately, the frog acts as his Not-So-Imaginary Friend. Listed here as an honorable mention, as he only ever appeared in one cartoon, which he didn't share with any other iconic characters, and was never really iconic himself until he became the mascot for The WB network in The '90s. 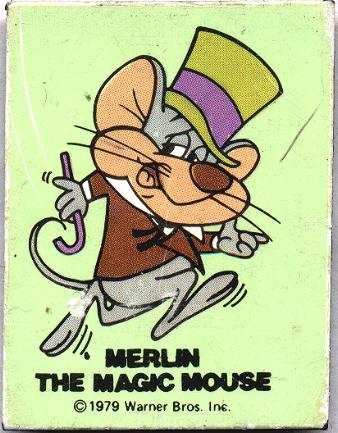 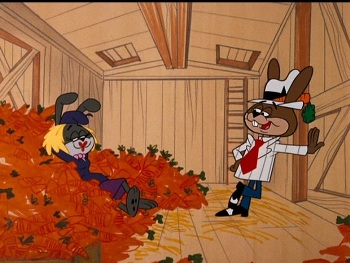 Two characters introduced near the end of the original Looney Tunes era, Bunny and Claude are a rabbit Outlaw Couple who are Expies of Bonnie and Clyde, whose 1967 film was a then-recent smash. In their two shorts, these cotton-tailed criminals steal carrots while outwitting an incompetent Sheriff.

Tropes Related to Bunny and Claude: